KaMillion said the free turkeys and canned goods were for families and anyone who needed them. 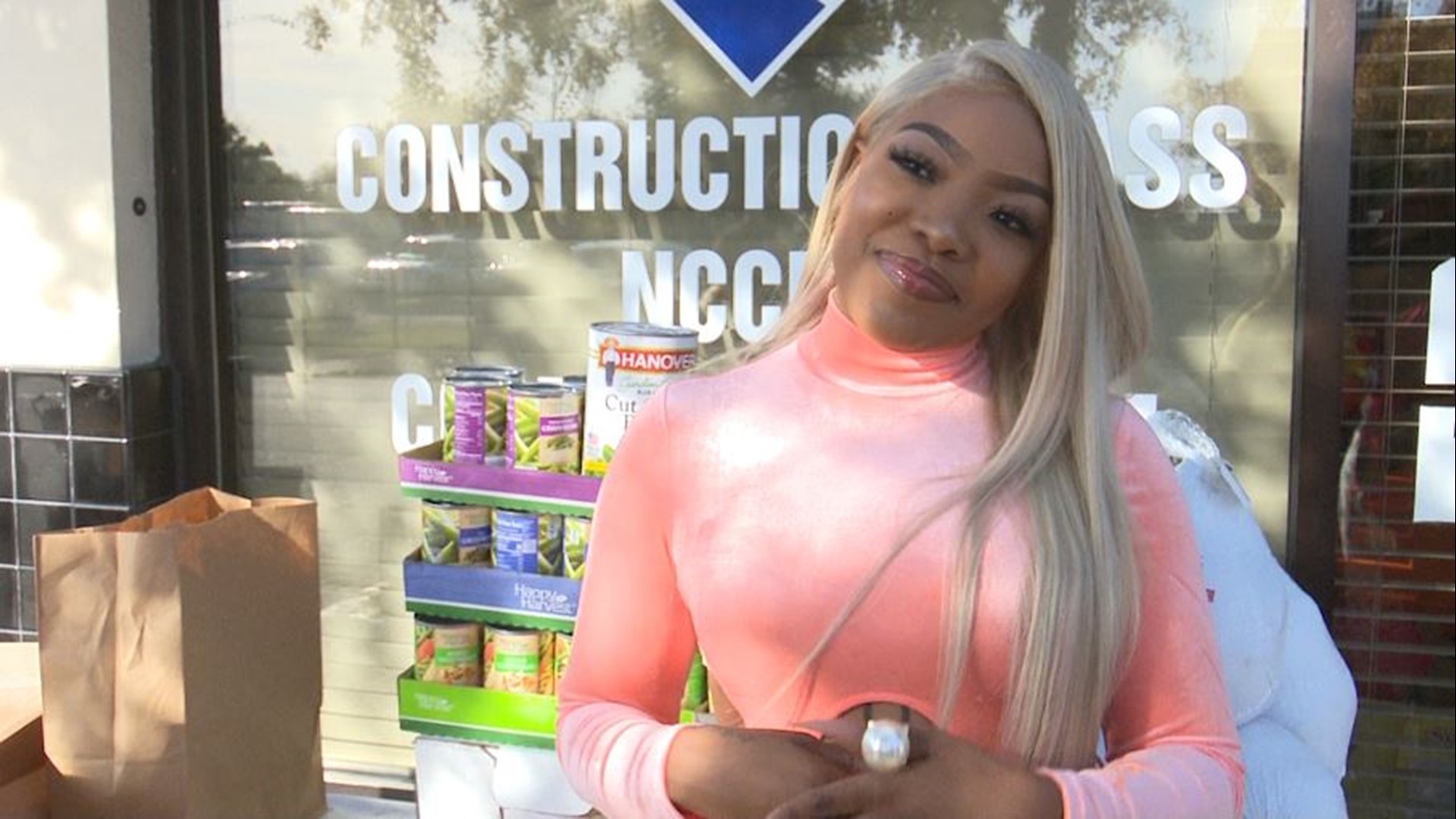 JACKSONVILLE, Fla. — Jacksonville-based, Grammy Award-winning songwriter and rapper KaMillion gave back to her community Tuesday with a turkey drive hosted in Downtown Jacksonville.

The drive started at 3 p.m. at the Clara White Mission, located at 613 W. Ashley St., and continued until all 50 turkeys and canned goods were given away. She said it was all for "families and anyone who needs them."

"I had a certain amount of turkeys that I ended up buying and it's first-come-first-served," she said during a Facebook Live with First Coast News. "We had a line going down the block ... everybody's just coming up and getting their turkeys."

KaMillion was born and raised in Northside Jacksonville and has worked with chart-topping artists like Rihanna, Diddy, Missy Elliot and more. She has also won a Grammy for her songwriting. No matter where her success takes her, KaMillion says it's important to give back to her community.

"You have to take care of home before you do anything else," she said. "My city has always supported me, so it's only right that I give back."

Back in June, KaMillion opened the BET Awards with fellow Jacksonville-native, rapper and comedian Lil Duval. She hopes to continue to inspire others in Jacksonville to achieve their dreams.

"You can do it, too!" she said. "It doesn't matter how long it takes you to get there, just keep pushing. You gotta start somewhere ... you gotta plant a seed."

You can watch KaMillion's performance at the BET Awards alongside Lil Duval below.