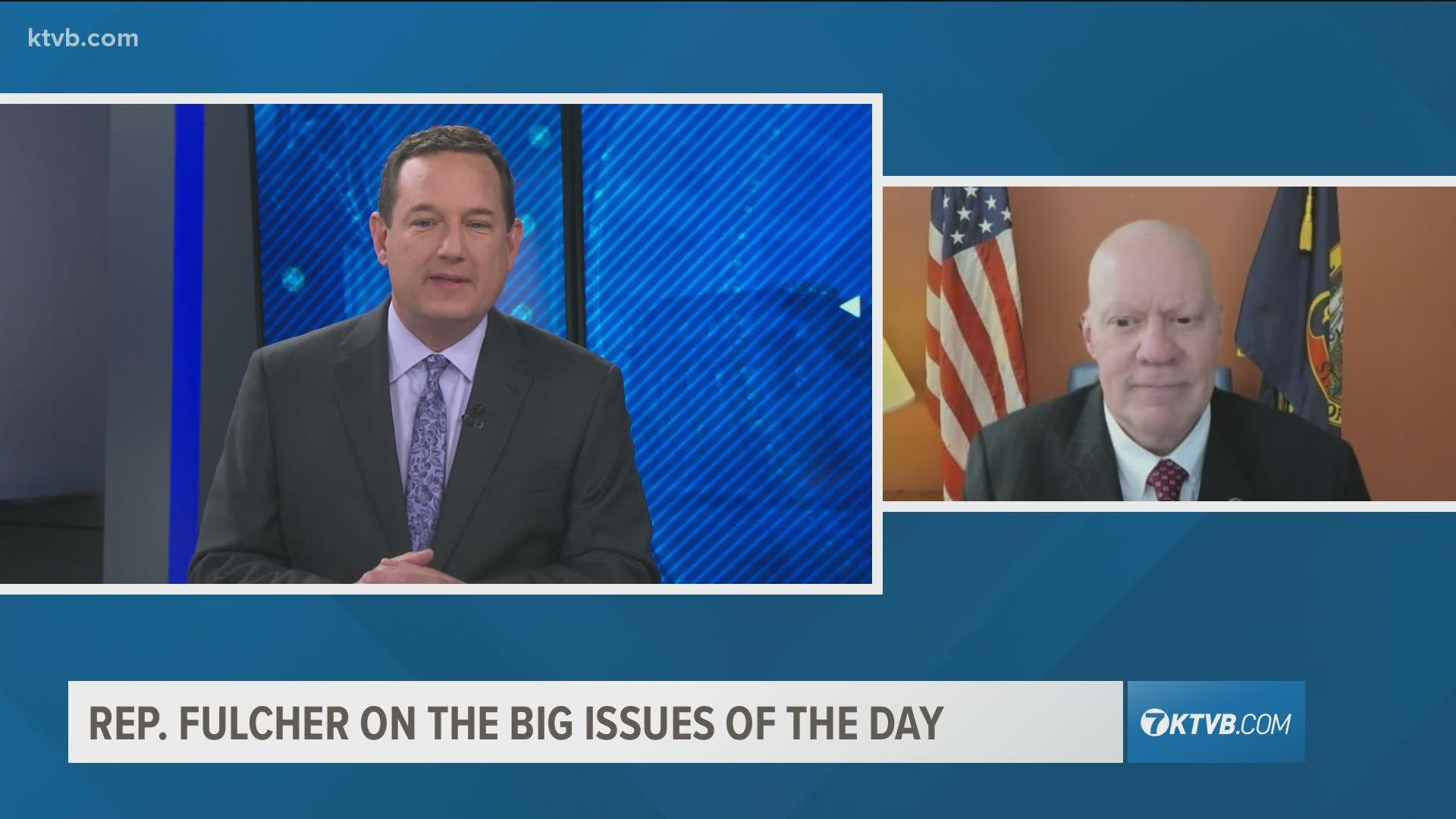 BOISE, Idaho — As the year 2021 hits the home stretch, lawmakers in Washington, D.C. are making decisions on monumental issues involving trillions of dollars.

The U.S. House of Representatives just joined the U.S. Senate in passing a bill to temporarily raise the nation's debt ceiling by $480 billion dollars until Dec. 3. The vote was along party lines with Democrats supporting it and Republicans voting against it.

Congress is also still dealing with the $1.2 trillion infrastructure bill to improve America's roads, bridges, water quality, airports and broadband. It passed in the Senate and is awaiting action in the House of Representatives.

President Biden's $3.5 trillion "Build Back Better" bill, which would increase spending on education, health care, child care and efforts to combat climate change, is also being debated in Congress.

It's all happening as the fight against the coronavirus continues, as unvaccinated COVID-19 patients fill Idaho's hospitals, straining the health care system, and as the deadline for President Biden's vaccine mandate for federal workers and companies with 100 or more employees approaches.

Idaho Republican First District Congressman Russ Fulcher has been voting on and voicing his viewpoint on these big issues of the day while working on others he believes are important to the people of Idaho. Fulcher also continued working while undergoing treatment for renal cancer; a diagnosis he announced back in mid-June.

During the taping of this week's Viewpoint, Fulcher said he has finished chemotherapy. He said he feels good and has one surgery left. He also said he plans to run for re-election in 2022.

In the following excerpts, Fulcher discusses his cancer battle and his stance on the massive infrastructure bills being debated in Congress.

Rep. Russ Fulcher: It's been going pretty well and I feel pretty good. There were two major processes that were recommended for my situation. One was chemotherapy and another was surgery to clean up what the chemotherapy didn't get. I'm completely done with the first part of that. It is not for the faint of heart. I have learned so much, and I have such an appreciation now for people who go through this and have been through this and have to deal with it on a more regular basis. (I'm) so thankful for the technology we have, for the systems that we've got. Things are going pretty well, and with God's blessing here within a couple of months this will be totally done.

Doug Petcash: Has this battle had an impact on whether or not you will run again in 2022?

Rep. Russ Fulcher: No, I'm planning on running in '22, and there's no reason why, like I say, hopefully, this should be totally in the rearview mirror in the next 60 days or so.

Doug Petcash: Congressman Simpson told me that he'll vote against the $1.2 trillion bill, but both Senators Crapo and Risch voted for it, basically arguing that it was the lesser of two evils compared to the $3.5 Trillion "Build Back Better" bill and this $1.2 Trillion bill doesn't raise taxes because it's using unspent coronavirus relief money. Do you have any support for it, or are you against it?

Rep. Russ Fulcher: I'll be opposing it, and it's because the circumstances have changed. By the way, I don't criticize my colleagues for their actions. They were working under a different set of circumstances over on the Senate side. They had a stand-alone bill, and that's not the case on the House side. On the House side, it's going to be coupled with the $3.5 Trillion, and that's with a T, socialization bill that is going to be combined with that for some total of 5-plus trillion. Some argue that it will actually work out to be more than that. So, I can't support those types of things. Once again, this is not sustainable. We can't continue down this path.

Viewpoint airs Sunday morning at 9:00 on Idaho's NewsChannel 7 right after Meet the Press. 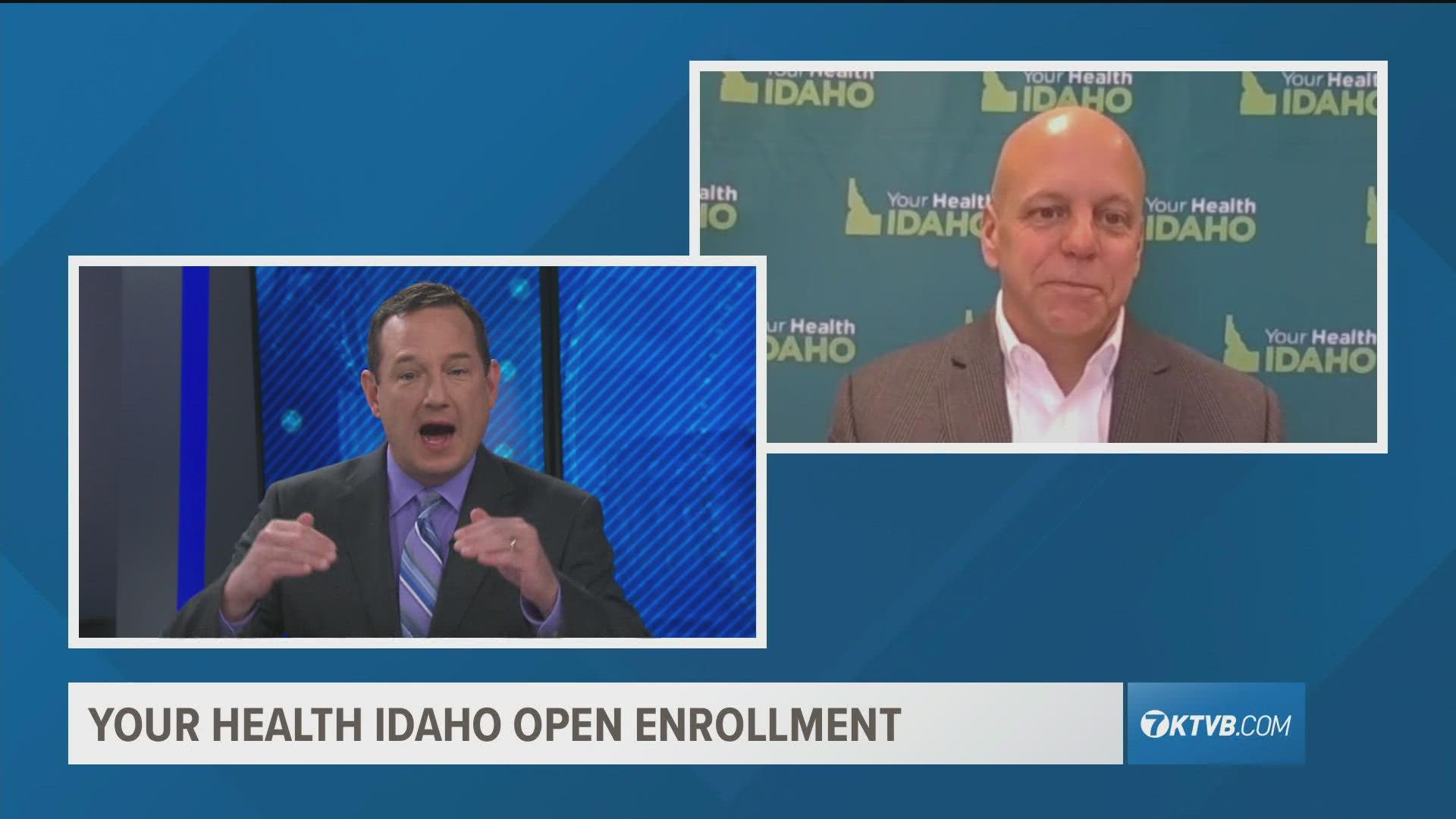