Judge Winmill earlier rejected the state’s request for a stay on his ruling; now, only the 9th Circuit could grant a stay. 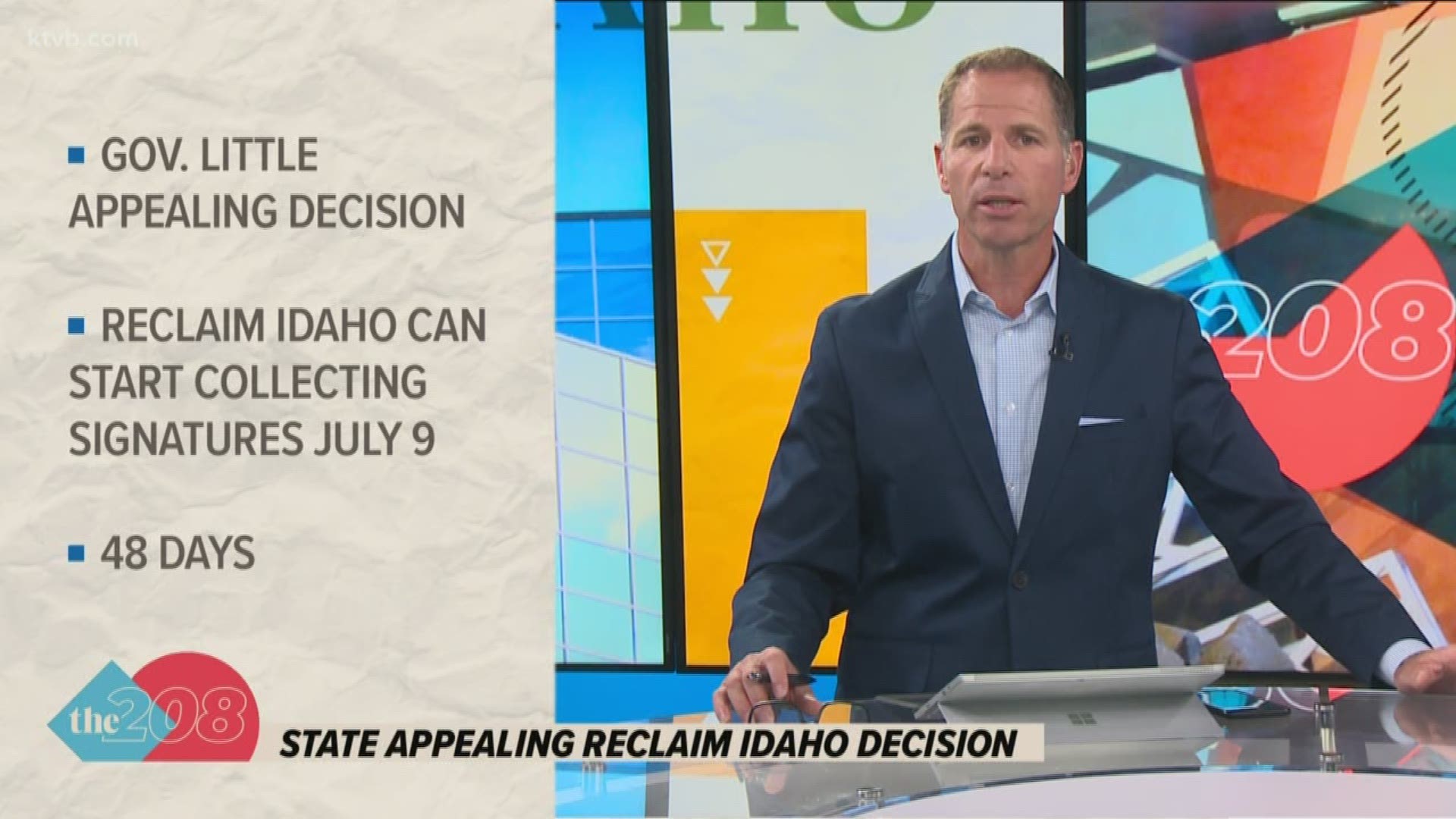 BOISE, Idaho — U.S. District Judge B. Lynn Winmill on Tuesday ordered the state of Idaho to permit Reclaim Idaho to resume its initiative drive for a school funding measure, and to collect signatures electronically for safety in the current coronavirus pandemic — and the state immediately filed a notice of appeal to the 9th Circuit.

The Idaho Press reports the judge granted the group’s motion to enforce his earlier order in the case, but declined to order Idaho to immediately certify the initiative for the November ballot based on the signatures already collected, which come to roughly half the number required.

He noted that Reclaim’s lawyers argued that the state had already shown it has “no intention of cooperating,” but said he hasn’t reached that conclusion. “It is not clear that the state is unwilling to work with Reclaim Idaho in fashioning an online solicitation process if ordered to do so by the court,” the judge wrote in an order issued Tuesday afternoon.

“The state must fully comply with the court’s orders,” the judge wrote, noting that no appeal to the 9th Circuit had been filed, nor has that appeals court issued any stay of his ruling. However, immediately after the judge’s ruling on Tuesday afternoon, the state filed a notice of appeal to the U.S. 9th Circuit of Appeals.

Winmill earlier rejected the state’s request for a stay on his ruling; now, only the 9th Circuit could grant a stay.

Winmill ordered lawyers for both sides to “meet and confer” by Thursday on the electronic signature-gathering process, for which Reclaim Idaho already has contracted with DocuSign, a major signature certification firm already widely used across the nation and world for real estate transactions and more. The judge ordered that Reclaim Idaho can begin gathering electronic signatures on July 9, and continue for 48 days — the same amount of time the group lost when the state closed down in-person signature gathering due to the coronavirus stay-home order. The order lifted on the same day as the deadline to submit signatures.

If the two sides can’t agree on the process, the judge wrote, Reclaim Idaho may “implement an industry standard process and protocol.”

“This is a big win for all Idahoans who can safely exercise their constitutional rights to bring ballot initiatives and let voters decide on important issues,” Luke Mayville, Reclaim Idaho co-founder, said in a statement. “Today’s decision strikes a good balance between protecting those rights and honoring the initiative process. We look forward to working with the state to get systems in place to make this happen.”

The group, which sponsored the successful Medicaid expansion initiative that Idaho voters approved in 2018, is pressing a new “Invest in Idaho” initiative proposing to raise income tax rates on corporations and the wealthy by 3 percentage points to generate $170 million a year for public schools, reducing the need for local supplemental property tax levies. It’s the opposite of what Idaho lawmakers have been doing in recent years; they’ve been gradually lowering both the individual and corporate income tax rates, saying the moves provide tax relief and make Idaho more competitive, as more and more Idaho school districts have begun relying on frequent, voter-approved supplemental levies to fund basic school operations, from teachers to textbooks.

The group sued Gov. Brad Little and Idaho Secretary of State Lawerence Denney in federal court after they refused to grant any accommodations to allow Reclaim’s signature drive to continue safely amid the pandemic. The court ruled the state’s actions violated the First Amendment to the U.S. Constitution.

The Idaho attorney general’s office, which is representing the state, had no comment on Tuesday afternoon.

The notice of appeal says simply that Little, in his capacity as governor, and Denney, in his capacity as secretary of state, are appealing Judge Winmill’s order. Further documents that would shed more light on the state’s arguments should follow, but may not be available until Wednesday; the state argued earlier that it would violate Idaho state laws to either certify the initiative for the ballot now, or to allow electronic signature-gathering.

The judge found that denying any remedy would violate the U.S. Constitution, which supersedes state laws.

The lawsuit, filed by attorneys Deborah Ferguson and Craig Durham of Ferguson Durham PLLC, noted that Idaho has had the Uniform Electronic Transactions Act on its books for 20 years, providing that no record or signature may be denied legal effect or enforceability “solely because it is in electronic form.” As a result, electronic signatures are legally enforceable in Idaho for mortgages, tax returns, financial transactions and even court filings.

“In the second decade of the 21st Century, this is a reliable and commonplace means of signing legally binding documents,” the lawsuit stated.

More from our partner Idaho Press: Treasure Valley on track to lose 30-65% of agriculture land by 2100