After a 7-year-old boy was hit and killed while riding his bike in Boise last week, community members want to know what's being done to improve safety. 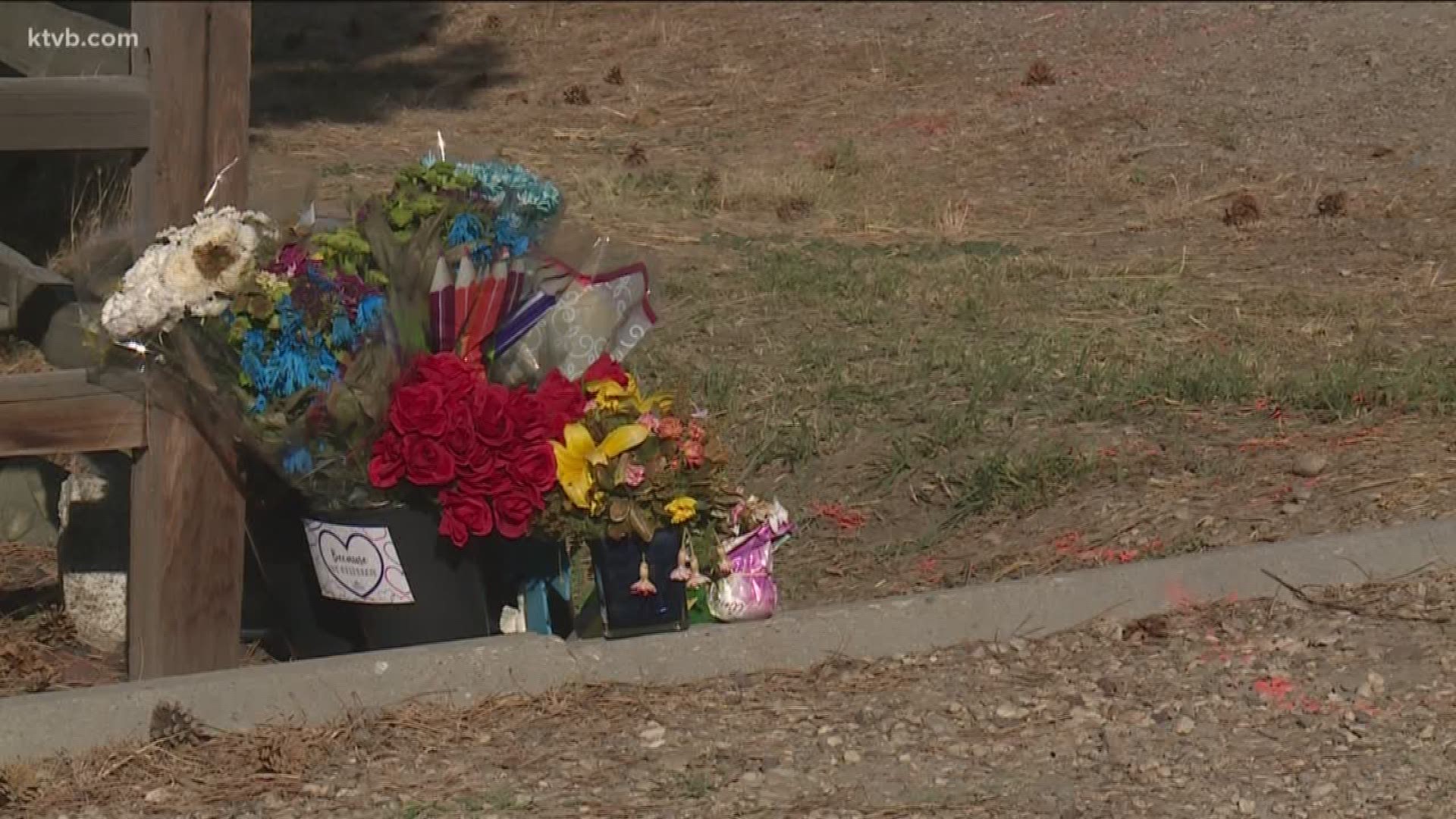 BOISE, Idaho — A 7-year-old boy died on Friday, a day after he was hit by a car on West Amity Road, south of Boise.

It's the latest in a series of bicycle versus car crashes in the Treasure Valley so far in 2019.

A Caldwell man was killed in April while riding his bike in Nampa.

Another cyclist was hit and severely injured while riding in downtown Boise in early July.

Data from the Idaho Transportation Department shows that statewide in 2017, there were 223 crashes involving bicycles.

The population growth spurt the Treasure Valley is experiencing means there are more cars - and bicycles - on the road than ever before.

So bicycle and pedestrian advocates are reminding everyone of the importance of sharing the road and being aware of your surroundings, whether on a bike or in a car.

When it comes to road safety, advocates said there are several recurring dangers they see.

“Red lights – running them. That’s prolific right now," said Lisa Brady, a member of the Treasure Valley Cycling Alliance and director of Treasure Valley Safe Routes to School. "I’m seeing it on both sides right now, whether it be a person on a bike or on a bicycle.”

Clancy Anderson, a citizen advocate for bike safety, said impatience and frustration from some drivers is also very common.

“The best thing is to keep cool and if you see something, take time to learn about it before automatically accusing them or getting angry about it because they may be well within the law,” he said.

When it comes to kids, Brady said it takes a little more patience and understanding because they don't always understand every single rule of the road.

“What I know from my experience in riding with young people is that they do not understand how an automobile works,” she said.

Credit: KTVB
A makeshift memorial is set up along Amity Road, near where a 7-year-old boy was hit by a pickup truck on Thursday. The boy died at the hospital the next day.

Another problem is that oftentimes, there are no other places for people to ride or walk, except on the roadway.

“Having safe places for people to walk and ride their bikes is very important," Anderson said. "And there’s a lot of gaps in our infrastructure right now that need to be improved.”

Officials with the Ada County Highway District said that's something they are working on.

The agency recently released its proposed five-year budget outlook from 2020-2024 and it has had to cut between $16 million and $18 million in funding.

RELATED: SUV runs over Boise cyclist then speeds off, leaving a trail of damage and medical bills

“We’re now looking at ways we can incorporate those projects that traditionally have been in community programs, like bike ways and pedestrian enhancements," she said. "We’re looking at incorporating them into projects moving forward in compliance with our complete streets policy.”

That means every time ACHD looks at improving or changing a road, it will also look at incorporating bike ways, pedestrian crossings or other necessary features along with the improvements.

Green also said they are working to add more sidewalks where needed and to continue building bike lanes.

“We are staying true to our word in putting bike and pedestrian ways in moving forward," she said. "We are working and have just recently completed our Leadville bike way. We’ve adopted our concept studies for Shoshone as well as Cassia bike way. I’m currently working on the 11th street bike way and we’ve got programmed projects into the future for bike ways and pedestrian enhancements.”

ACHD also recently finished its raised bike way on Cloverdale Road, which is the first one in Idaho.

Both transportation agencies and safety advocates agree that it all comes down to being aware and civil with each other on the road.

“Patience is the name of the game," Brady said. "We all have a place out there. A road is built for mobility and mobility is not defined by how many wheels you have.”

Credit: Misty Inglet/KTVB
Bikers in Nampa participated in a Ride of Silence to remember Caldwell cyclist George Grant and others killed in accidents while riding.