'It doesn't look like him': Family of bicyclist who was hit by a car in Boise is left devastated

The bicyclist may never be able to ride a bike again, but his family hopes their tragedy can raise awareness about bicyclists and drivers sharing the road. 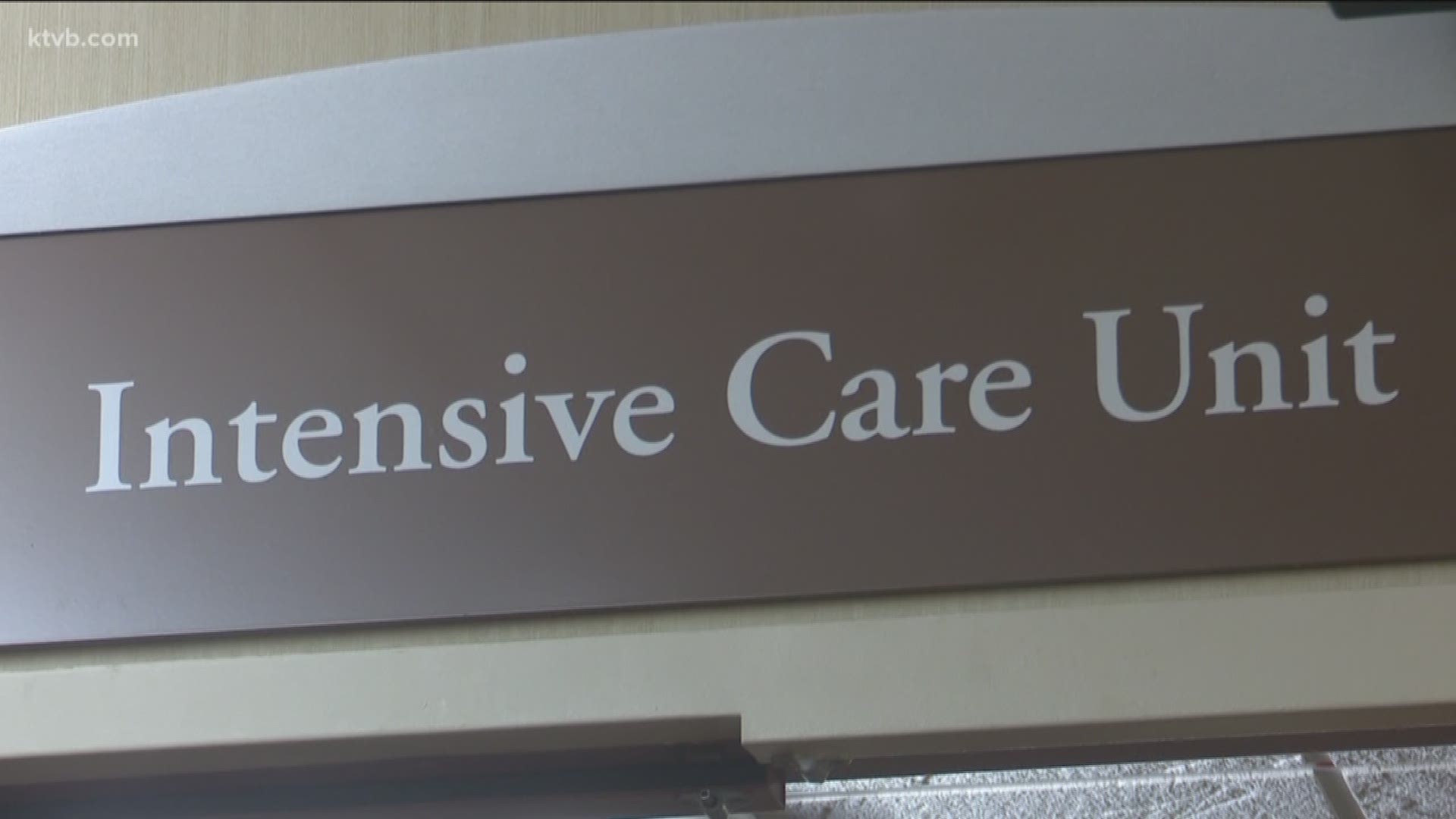 BOISE, Idaho — Raymond Amlin is in critical condition at Saint Alphonsus after a driver hit him while he was crossing the intersection of 8th and Front streets on his bicycle on Thursday night.

His sister, Suzanne Amlin, niece Krishelle Amlin and nephew David Strange are still reeling from what happened to their brother and uncle but hope that this tragic accident can raise awareness for bicyclists and drivers sharing the road.

Raymond Amlin has multiple cuts and swelling to his face, but also suffered a lacerated liver and is unable to talk due to a breathing tube.

“He sustained several fractures to his face, he has several broken bones in his leg, a broken hip bone, he broke a couple ribs," Suzanne Amlin said.

Seeing their family member this injured has taken a toll on everyone.

“I died - I had nothing to say. I wanted to leave the room but I couldn’t. I didn’t recognize him – it doesn’t look like Ray," David Strange said through tears.

MORE: Police: Bicyclist has life-threatening injuries after collision with vehicle in downtown Boise

Boise Police say Raymond Amlin was riding his bike southbound on 8th Street when he was hit by a car. Investigators haven't released any further information on the crash and no charges have been filed at this time.

The family says they've personally spoken to witnesses of the crash, who say Raymond Amlin was doing everything right.

“She (a witness) told me that she seen the light was green, he was following all the rules and that it wasn’t his fault," Strange said.

While Raymond Amlin is being treated at Saint Alphonsus, his family isn't sure if he'll ever be able to ride a bike again.

“The one thing Ray absolutely loved to do was ride his bike. His bike was his joy," Suzanne Amlin said.

His family describes Raymond as someone with a good sense of humor and the type of man who would give you the shirt off of his back.

“Ray is one of the best uncles I think I could ever ask for and I’m very blessed to have him as an uncle. Ray is always there – it doesn’t matter how upset or how bad his day is, he’s always there to talk when you need him," Krishelle Amlin said.

The family hopes Raymond's story will help remind drivers to pay attention and always share the road because bicyclists are people too, with friends and family who love them.

“I would encourage anyone if you’re driving, to please watch out for a bicyclist. It does not matter if they are obeying the laws or not, please, please be aware of bicyclists," Suzanne Amlin said.

While police haven't officially said what caused the accident, the Amlin family says don't allow anything to distract you while driving.

“Nothing is more important than the life of somebody else," Krishelle Amlin said.

Raymond Amlin is in critical condition but stable. His family says he will survive but with so many injuries, he has a long road to recovery.