A Star family came home Monday to find that their 9-month-old puppy Dixie had been shot in their backyard while they were away. 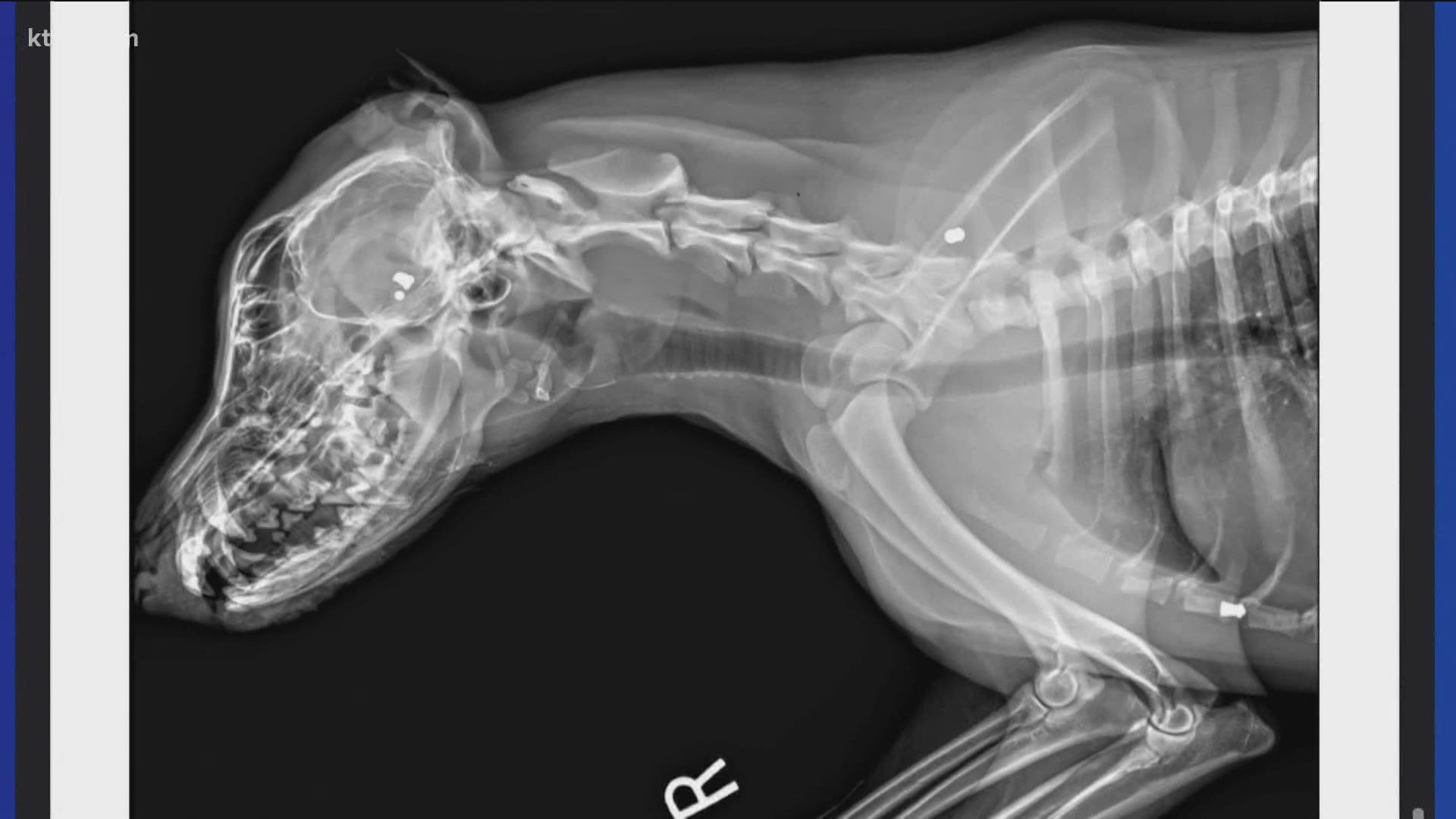 STAR, Idaho — The Ada County Sheriff's Office announced on Monday a dog was shot in the head by a pellet gun in a Star family's backyard while they were away from home.

The dog was only nine months old and died that night from its injuries.

The owner, Abbi Taylor, shared the painful experience with KTVB on Wednesday.

The 18-year-old said her yard was a safe haven for her nine-month-old puppy, Dixie. The dog would hang out in the shade by the pool, keeping to herself, waiting for her family to come home.

But on Monday, Dixie was shot three times with a pellet gun.

Abbi was at work while this happened and believes the dog suffered for hours before her boyfriend came to find her having seizures in the shade. Dixie was rushed to her vet in Emmett, then taken to West Vet for emergency treatment in Boise.

After getting opinions from multiple veterinarians, Abbi made the tough choice to put Dixie to sleep, rather than let her suffer any longer.

Abbi still can't believe that the incident taking her dog's life happened in a place she thought was safe.

"It's scary to think that in a subdivision, especially in a small community, you have to worry about keeping your dogs outside," Abbi said. "Something just hit somebody and they're like okay, I'm going to shoot this dog today. You know, you never know what's going to happen."

Abbi met her dog Dixie the day she was born. She says she didn't choose Dixie, Dixie chose her, and it's sad to be separated from her due to this hateful act.