A few years ago, Luke and Miranda Caldwell were the proud parents of a little boy and girl. But they knew their family wasn't complete. 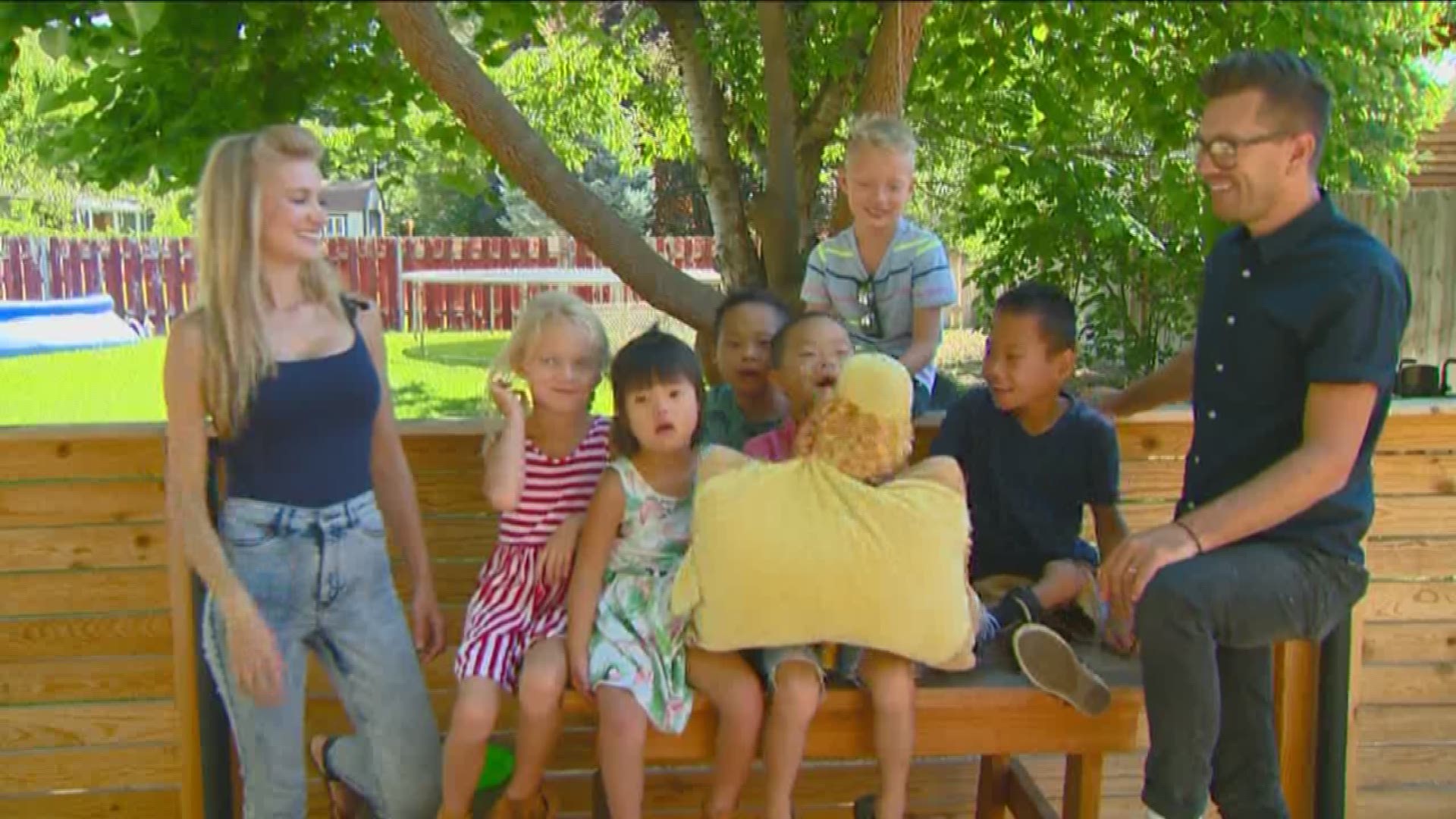 BOISE - You may know Luke Caldwell as one of the stars of HGTV's "Boise Boys." But there's a lot more to Luke than a TV show. He's the proud father of six beautiful children - four of them adopted from China.

A few years ago, Luke and his wife, Miranda, were the proud parents of a little boy and girl. But they knew their family wasn't complete.

"I've always had a heart to adopt, but we didn't know exactly where we were going to adopt from," Miranda said.

"We were kind of open to adopting locally, foster care, all over the world," added Luke.

The couple fell in love with a little boy in China.

"They thought he had spina bifida," said Luke. "He was born, wasn't able to walk. It's just so sad to see all these little kids in this huge complex basically."

They brought Morris home to Idaho, but Morris' thoughts were always with his little friend back at the orphanage - who he called Jin Jahn.

"He kept saying 'mom and dad I want to go back and get my friend Jin Jahn and I want him to come play with my toys,'" said Luke.

The Caldwells decided they just had to go back and adopt the boy, now named Tucker.

While Miranda was at the orphanage in China, another child caught her eye. A sweet little girl who also has down syndrome.

"They brought down Darla, and they said you should come back for her," Miranda said. "We came home with Tucker and we just started praying about it."

The family went back to China again. This time, they came home with Darla.

But this story didn't end here. The couple adopted yet another little boy with down syndrome, named Ezra.

1 / 14
<p>A few years ago, Luke and Miranda Caldwell were the proud parents of a little boy and girl. But they knew their family wasn't complete. They have since adopted four children from China. (Photo: Caldwell family)</p>

The Caldwells say special needs adoption is something they are passionate about. Giving these incredible kids a family is their greatest joy.

"The love is seriously no different at all." Luke said. "At the end of the day, it doesn't matter, every person is so unique and so special. They've just really created this tribe and just love each other and it's a beautiful thing."

Luke used to be a traveling musician. He quit that life, and started his real estate career because of a desire to expand the family.

"I decided to buy a house and fix it up and sell it," he explained. "That was the primary financial reason we were able to get Morris. and then I just kept doing it."

That lead to a booming business - his company Timber and Love Realty - and now a TV show on HGTV starring Luke and his partner, Clint Robertson. It's called "Boise Boys."

"We got reached out to by a couple of production companies," Luke said. "They are always scouring the internet and Facebook and Instagram, just looking for unique people doing unique things in unique places and Boise was kind of on the radar."

MORE: Boise duo gets a chance at HGTV series

The Caldwells say a TV show won't change them.

"Family is our priority, it always will be, if any of this stuff takes away from that I won't be doing it," Luke explained.

So, are the Caldwells done expanding their family?

"I would say we're not," Miranda answered. "I'm open, we have a big vehicle, we have four seats left."

There may be more adoptions on the horizon. They hope to inspire other families with room in their hearts to do the same.

"I know my wife and I we hope to be a voice for adoption for special needs kids, we know we're not perfect but no one is," Luke said. "Our greatest joy for raising our kids is we want our kids to be loved and to love."

The Caldwells are growing out of their house, so they are in the process of building a new house for their family of eight.