More than 15,800 people donated money to all 646 organizations registered for the event. 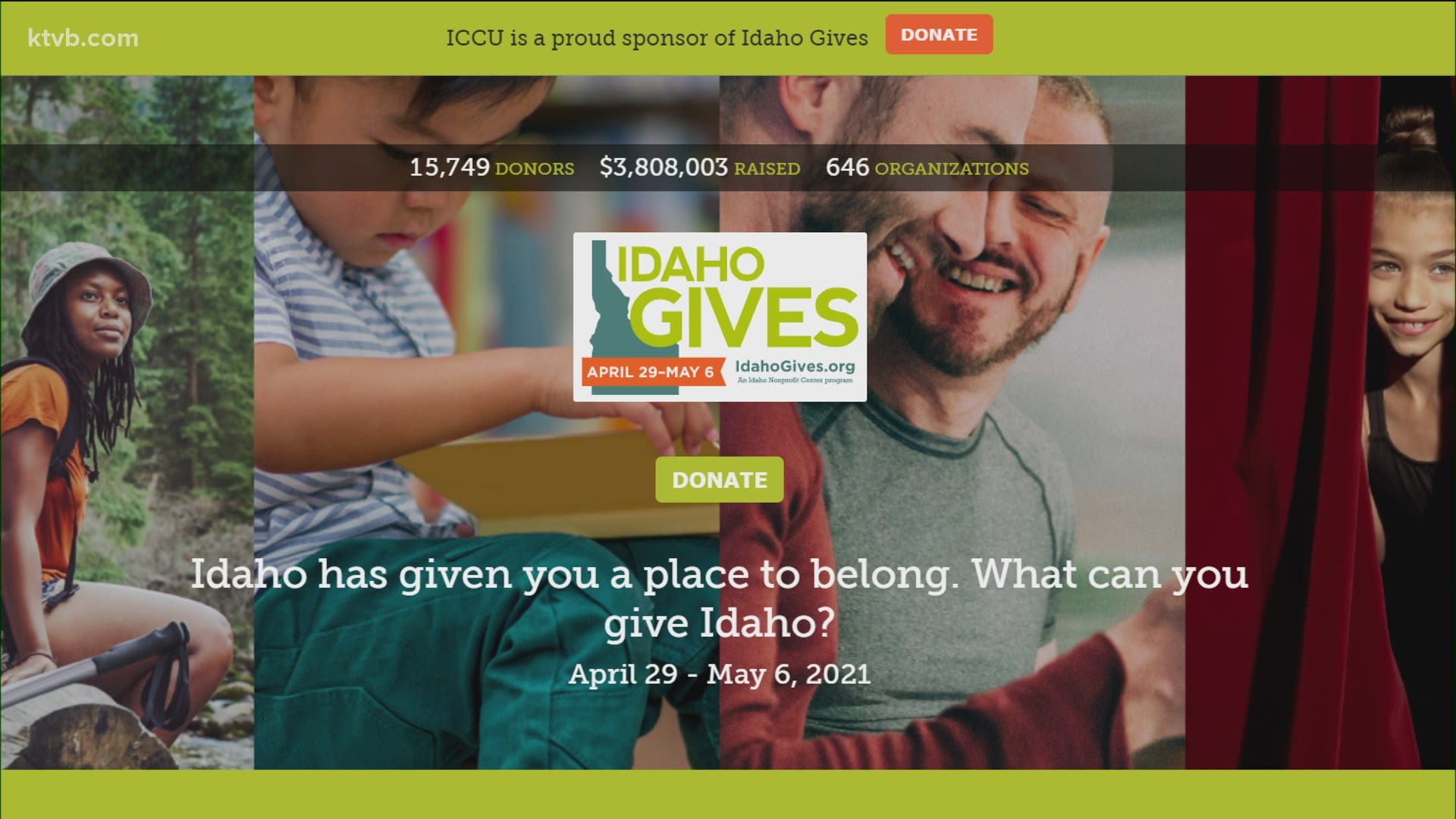 BOISE, Idaho — The COVID-19 pandemic has not deterred the enormous generosity Idahoans have for helping others.

It was another banner year for Idaho Gives, the state's largest online giving event.

This year's campaign concluded at midnight and raised $3,818,584 for Idaho nonprofits in just one week. The figure is just shy of the record $3.9 million that Idaho Gives raised in 2020 during a two-week campaign.

More than 15,800 people donated money to all 646 organizations registered for the event.

Idaho Gives also awarded $36,650 in prize money to a variety of nonprofits. Many of those prizes were awarded throughout the campaign, with additional prizes being awarded in the days after the campaign concludes.

Donors, supporters, and nonprofits are encouraged to post photos and talk about their favorite causes across social media using the hashtag #IdahoGives.

Idaho Gives has now raised more than $15 million since its inception in 2013 for local nonprofits.

KTVB is a proud sponsor of Idaho Gives.