City officials and many residents say it's becoming a problem. So they're starting to enforce an ordinance that's actually been on the books for years. 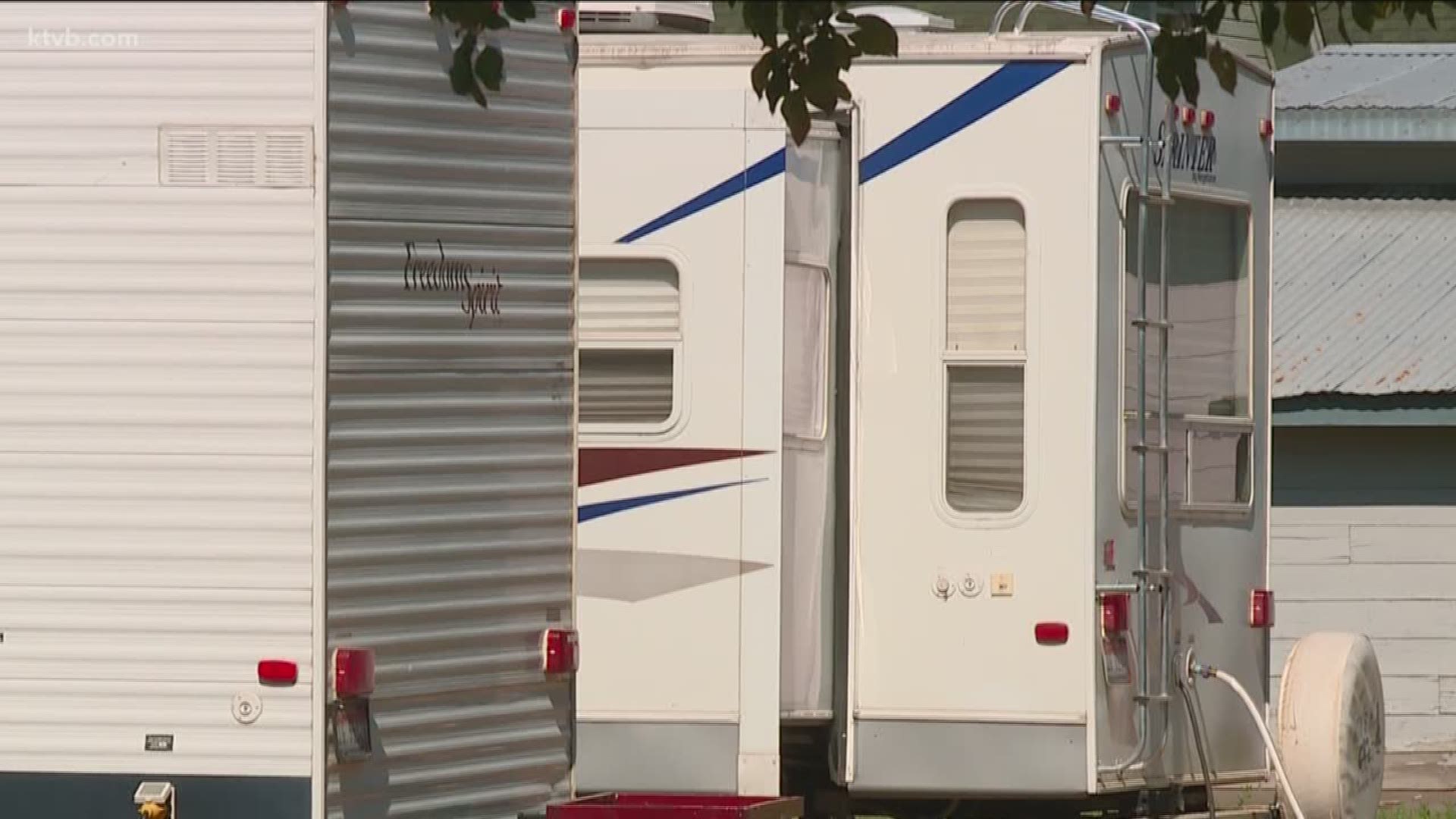 NEW MEADOWS — The small rural mountain town of New Meadows is facing an affordable housing shortage, which has led to people in town living in RVs for months on end. They’re not just in RV parks – they’re all over the place.

City officials and many residents say it's becoming a problem. So they're starting to enforce an ordinance that's actually been on the books for years. Put in effect in the 1990's and updated in 2005 bans residents from living in RVs not in a designated park for longer than 30 days. But it hasn't been enforced.

In late June, city officials counted anywhere from 10 to 20 RVs being used as permanent housing. Those folks have until the end of next month to find somewhere else to live.

“For the last three summers we have had trailers next door and they are here all summer long,” Jerry Line, who has lived in New Meadows for eight years, said. “So we are just concerned with the valuation of our property just because of the temporary residences coming in here.”

When Line and his wife moved into their home, there was a house next door. It has since been sold, torn down, and replaced with RVs.

“It is just kind of a hassle to see a whole bunch of trailers moved in. And that was our main thing is just we thought it would be a real temporary basis,” Line said.

They live in a residential zone, where houses should go.

New Meadows City Clerk Mac Qualls says some of these pop-up RV parks are generating a lot of traffic and business for law enforcement.

“There are a lot of people that have multiple jobs that live up here and that is just so they can live here. I mean we love it, it’s beautiful. It's also a great family place to live. We want to keep that culture. And RV's aren't always the best aspect,” Qualls told KTVB. “We do have some eyesores.”

Not everyone in New Meadows sees eye to eye on this: Some property owners are letting people live in RV's on their lots and hook up to their sewer and water.

But everyone recognizes the issue is largely a reaction to the lack of affordable housing.

“Housing in this area is non-existent,” Qualls said. “It is a crisis.”

“If I had 70 units built tomorrow they would be filled the following day,” he added.

“A lot of [people] are scraping by, so it is tough on them,” Line said. “This is a depressed area as far as wages and so on and so forth. So there are a lot of people that are struggling. So I don’t want to come off as being somebody that is high and mighty or something but it does concern me seeing a whole bunch of temporary residences popping in and going out.”

But the city says it's time to put an end to the RV issue.

“[The mayor] knocked on some doors at the request of the City Council. We need to enforce our zoning ordinance. And our zoning ordinance says if you are living in an RV permanently it’s not a go,” Qualls said. “Anything not in an RV park they received a hand-delivered letter if they answered the door.”

The letter said they have until August 31 to move, with the mayor offering to help tow the RVs or find them a new home.

While there are legitimate, designated RV parks in town, pop-up ones are what the city is trying to discourage - mainly because they haven't gone through the city's land use and zoning process at all.

“There are a couple pop-up RV parks that just had not followed through with any kind of application process to allow the neighbors to have a say. And Idaho code says if you are going to have a land use decision you have to have a public hearing in front of planning and zoning. And City Council makes a final decision,” Qualls said.

“You want people to just follow the codes and do what they are supposed to do and put a residence on there,” Line told KTVB.

And if they don't, Qualls says they could be slapped with a misdemeanor, which carries a $300 fine and up to six months in jail.

But the city knows the real long-term solution to this issue is fixing the housing shortage.

Qualls says the town isn't lacking in vacant lots, they just need houses on them. He says the West Central Mountains Housing Trust is building four affordable units in town right now and the city wants to partner with them to do another eight to 10 more affordable duplexes.

“More affordable housing for everybody, it is going to uplift the entire community,” Line added.