"It's crazy that all this can come from a video on TikTok," he said. "It's been crazy, I've actually gotten work, I've been able to get a house." 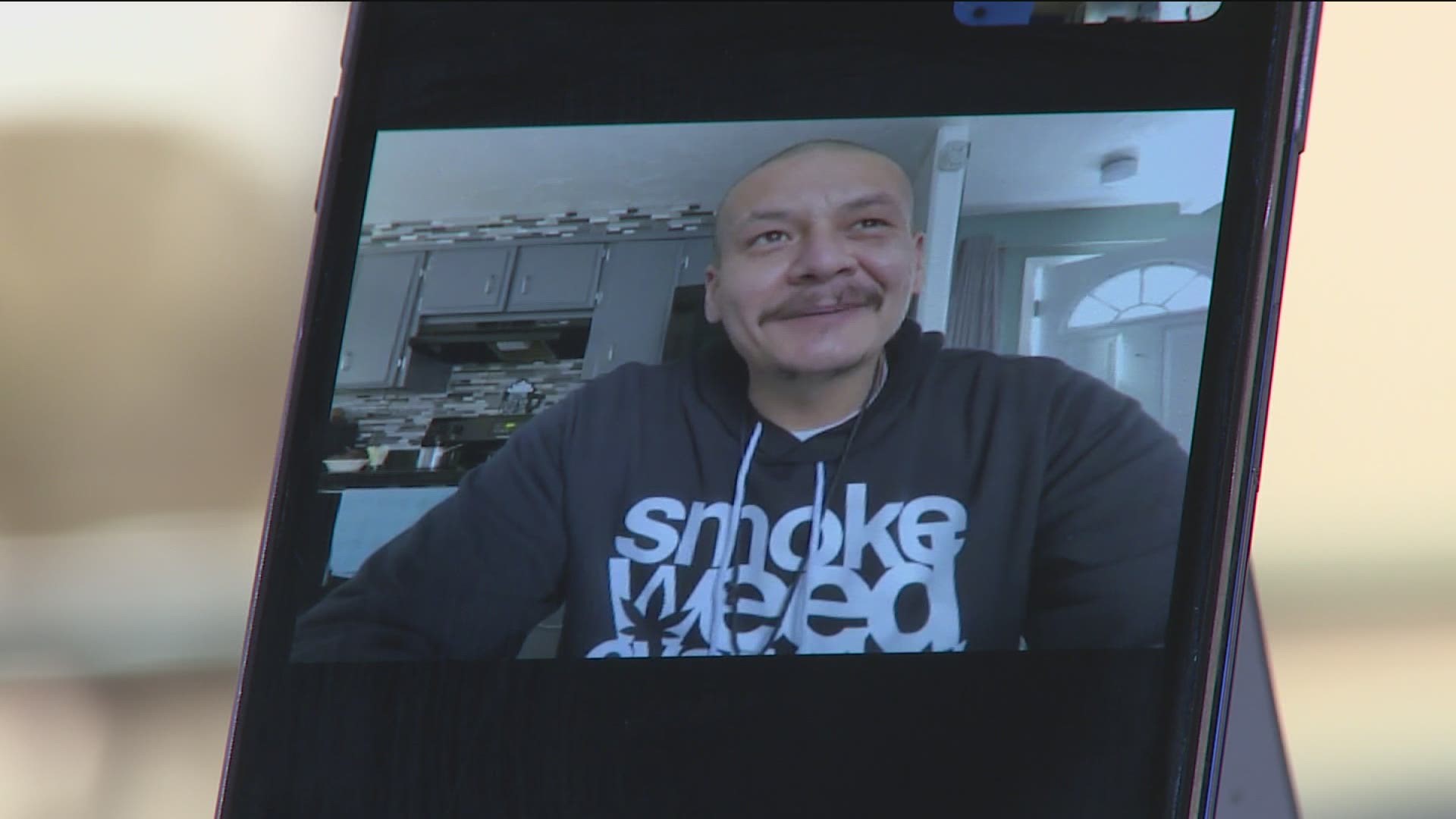 BOISE, Idaho — Just over two months ago, Nathan Apodaca found viral fame after his TikTok that featured a skateboard, a good mood, a Fleetwood Mac classic song, and a jug of Ocean Spray juice took the internet by storm.

Before his TikTok went viral, Apodaca worked at a potato factory in Idaho Falls in Eastern Idaho. Apodaca, also known as Doggface208 on social media, is now working with celebrities with Snoop Dogg, striking deals and spending time in Los Angeles and Las Vegas to help build his career.

KTVB spoke with him days after his TikTok went viral and he said then that life hasn't changed much. Earlier this week, KTVB checked in with Apodaca about what life is like now.

"It's crazy that all this can come from a video on TikTok," he said. "It's been crazy, I've actually gotten work, I've been able to get a house."

The video of him lip-syncing to Fleetwood Mac, riding a skateboard and drinking cran-raspberry juice made him a viral star, which he quickly turned into a job that he was able to buy a house with.

Since he went viral, Apodaca said he has made about $340,000 through music video and commercial appearances, selling his own merchandise and sponsorship deals. He even met Snoop Dogg during a commercial shoot.

"That was awesome because I got to meet and talk to snoop for a minute," he said, "The next day is when I got the Vivint commercial with snoop and that was awesome."

Apodaca is also now engaged after he popped the question while in Las Vegas at the Nobu Hotel in Ceasar's Place.

"I sang a song to her, the Adam Sandler song, "I wanna grow old with you" and I tried to sing it in Spanish but I'm not fluent in Spanish so I just got goofy and then I sang it in English and that's when I propose to her. To me, it was magical," he recalled.

Apodaca explained that he actually met his wife at the potato factory that they worked together at.

He also recently collaborated with The Big Idaho Potato Truck and singer and actress Demi Lovato posted on her social media that "2020 started turning around when Dogface208 showed up."

It's a sentiment that many others share and he says that it means a great deal to him.

"Everywhere I go, I hear people say their favorite meme of me is the one that says '2020 got better after this guy showed up' and to me, that's just amazing and it's just crazy and it makes me happy that people got a hold of the video and reacted to it like they did," Apodaca said.