According to Nampa Police, the woman refused to get out of her vehicle, then rammed a patrol car, then pulled out her gun and fired at officers after a car chase. 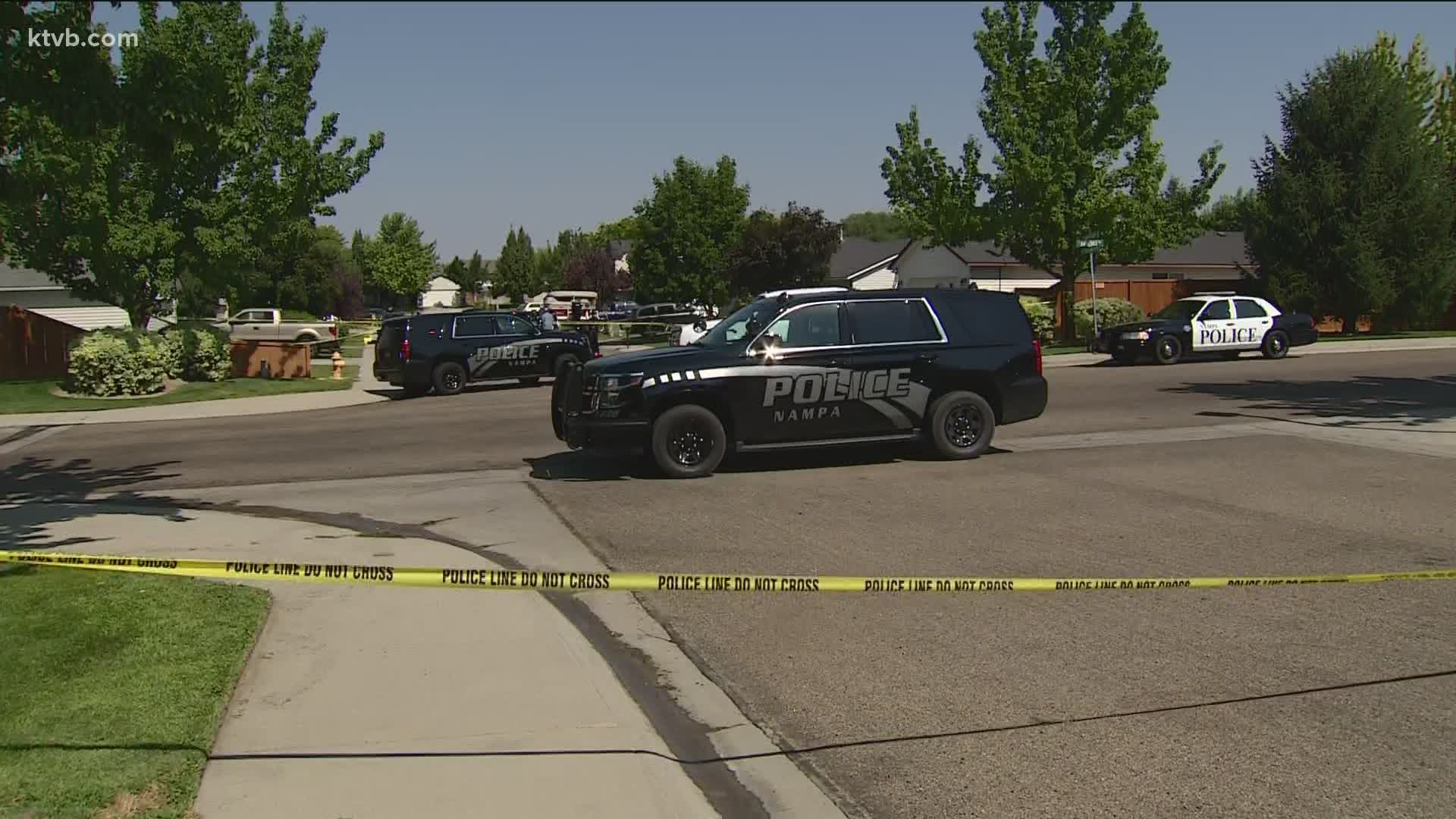 NAMPA, Idaho — On Friday afternoon, police say a 51-year-old Nampa woman died after she was in a shootout with officers.

According to the Nampa Police Department, the incident started at about 2:15 p.m. Friday when officers responded to a trespassing complaint on the 3800 block of Teakwood Drive.

When officers arrived at the house, they found a 51-year-old Nampa woman who had multiple warrants out for her arrest. She was in a car at the end of the home's driveway and refused to get out when officers asked her to, Nampa Police Lt. Eric Skoglund wrote in a statement.

When an officer opened the car door, the woman allegedly accelerated and rammed into a patrol car. Nampa Police say after a chase, officers followed her into the 500 block of Mulberry Loop.

Police said the woman pointed and fired her gun at officers. The officers shot back, striking her. She was transported to a local hospital where she died from her injuries.

It is unclear how many shots were fired and how many had struck the woman.

Nampa Police did not reveal the identity of the woman or the officers who were involved in the shooting.

No officers were injured.

The incident is being led by Idaho State Police. The Canyon County Critical Incident Task Force is also investigating the fatal shooting.

The KTVB crew at the scene did see a Jeep that appears to have several bullet holes in the windshield. About ten bullet holes can be seen in the photo above.

Editor's Note: This is a developing story and this article will be updated when further information is made available. Check back for updates.