'It's just been a labor of love': Group raising money to paint mural near Boise Connector finally completes project

Thousands of people drive on the Boise Connector every day, which is why Alex Fascilla and others in the community wanted to paint a mural on a large wall near it. 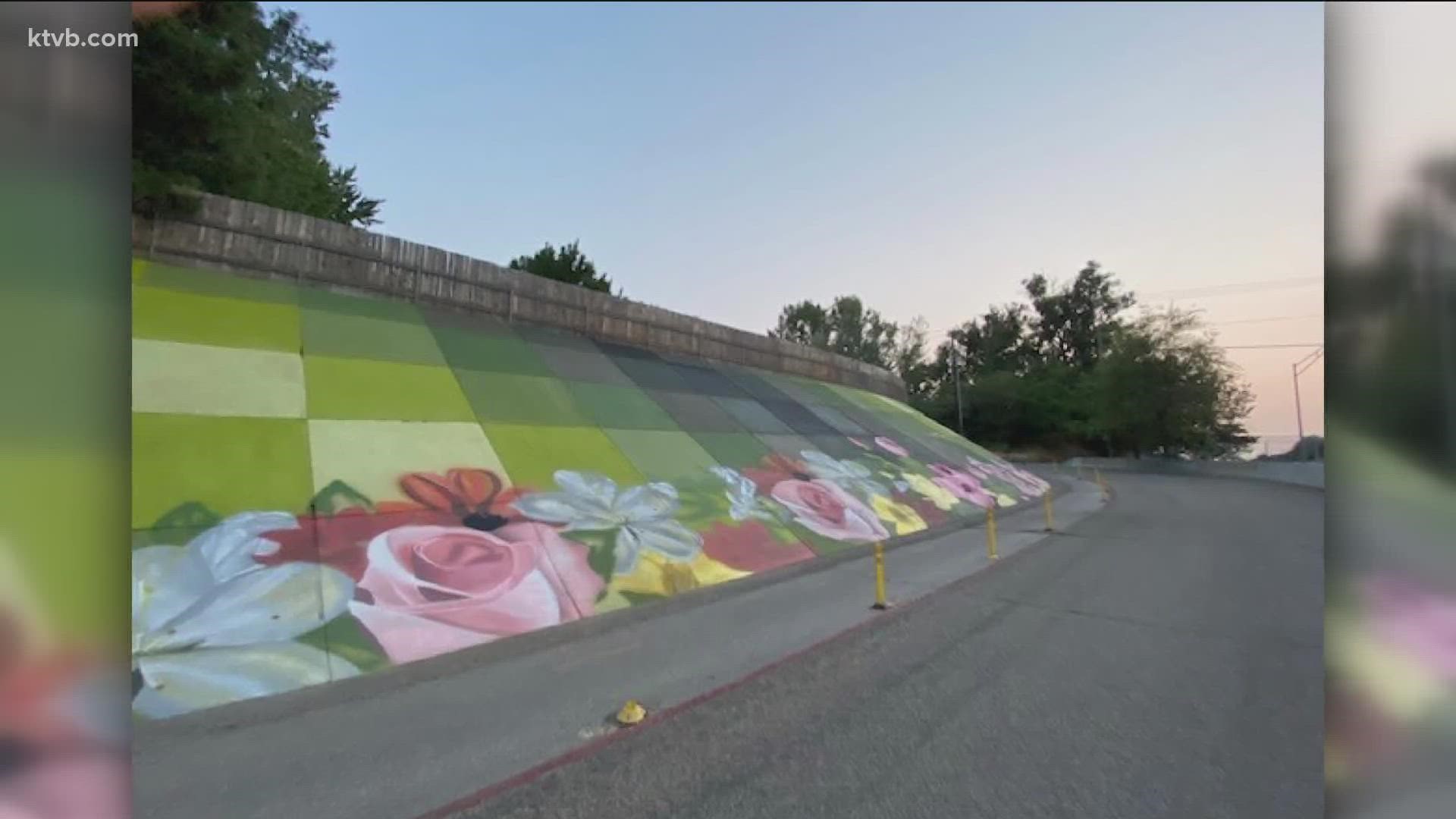 BOISE, Idaho — While driving down the Boise Connector, you may have noticed a new addition to a wall near the road. That new addition is more than two years in the making and, after being delayed a year due to the COVID-19 pandemic, is finally complete.

Thousands of people drive on the Boise Connector every day, which is why Central Rim Neighborhood Association Vice President Alex Fascilla and others in the community wanted to paint a mural on a large wall near it.

"It just looks pretty badly neglected and so we thought it would add some flavor and some fun to the neighborhood and just be a nice joyful part of someone's day," Fascilla said.

KTVB spoke with the people behind a GoFund Me campaign to raise the funds for the mural on the Connector two years ago.

When the pandemic hit Boise, however, the project was delayed for more than a year.

"Not only did COVID delay the project and slow down donations, but because [of] some of the supply chain issues that have been created because of COVID, supply costs like paint and other materials have gone up," Fascilla said. "We actually just did another round of fundraising to make up that gap between the total amount of donations we've got and the rising supply costs, in addition to being able to pay our artists."

Fascilla said the group received a $10,000 donation from Together Treasure Valley, which kicked the project back into high gear. The artist group Sector 17, known for their work on Boise's Freak Alley, was finally able to get to work on the mural.

The mural can now be seen and enjoyed by all drivers.

"It is a feeling that's hard to describe," Fascilla said. "Two years of work, chasing donations, the graciousness of volunteers. We've had so many volunteers, so many donors, it's hard not to pass it now and almost sort of tear up a bit because it's just been a labor of love."