'We have a beautiful neighborhood, but we're surrounded by walls': Group raising money to paint mural near Boise Connector

The Central Rim Neighborhood Association hopes to raise $12,000 for the mural. 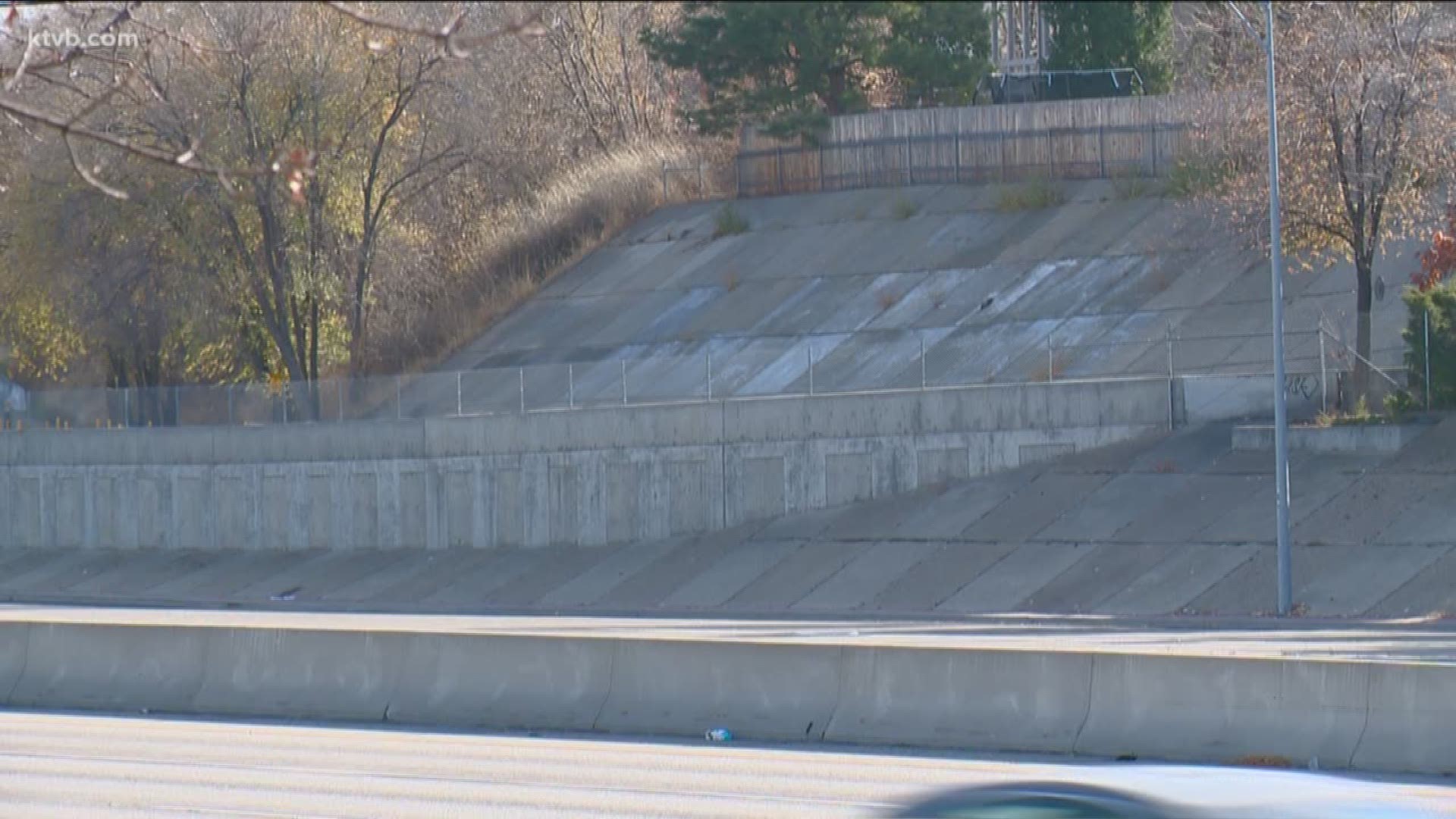 BOISE, Idaho — Just feet away from the Boise Connector lies a concrete wall. It’s bare right now, but a group of people are hoping to change that.

“This particular on-ramp is how most of the folks on the Bench access the Greenbelt, and as you can see it's a little sad and depressing as is, and so we're hoping with the help of local artists we can beautify it and brighten people's day as they come around the corner,” Alex Fascilla, Central Rim Neighborhood Association said.

He, along with Deborah Mullner, the Central Rim Neighborhood Association president, started a gofundme in hopes of raising $12,000 to paint a mural on the wall.

“We really try to improve our neighborhood according to the ideas of the people who live here,” Mullner said. “We have a beautiful neighborhood, but we're surrounded by walls.”

The money will go toward painting supplies, primer, paint, and the artists' time. Alex says the Idaho Department of Transportation also requires that they get insurance on everyone who works on the mural.

He put out a call on Facebook to local artists. Those artists submitted designs and then the neighborhood voted on which design they liked best, which led them to partnering with Sector Seventeen, collective artists who have done work on Freak Alley.

“I just hope it brightens people’s day and brings them a little bit of joy as they pass,” Hawk Sahlein, Sector Seventeen artist said.

The mural will transform the concrete wall.

“We're going to do some green radiant blocking and flowers across the bottom,"  Mullner said. "We chose green because a lot of times in spring the weeds kind of grow up between the cracks and the green will kind of hide that growth when it happens.”

The group hopes to have the mural completed by spring or summer of 2020, but it will depend on how much money they raise.

“Knowing that people are viewing your work and it's making an impact on them whether it's subconsciously or not, it's really cool to be able to connect with your community,” Sahlein said.