The first group of 35 Galena Mine Complex workers made it out of the mine after 10 a.m. on Thursday. A representative said all the miners made it out safely. 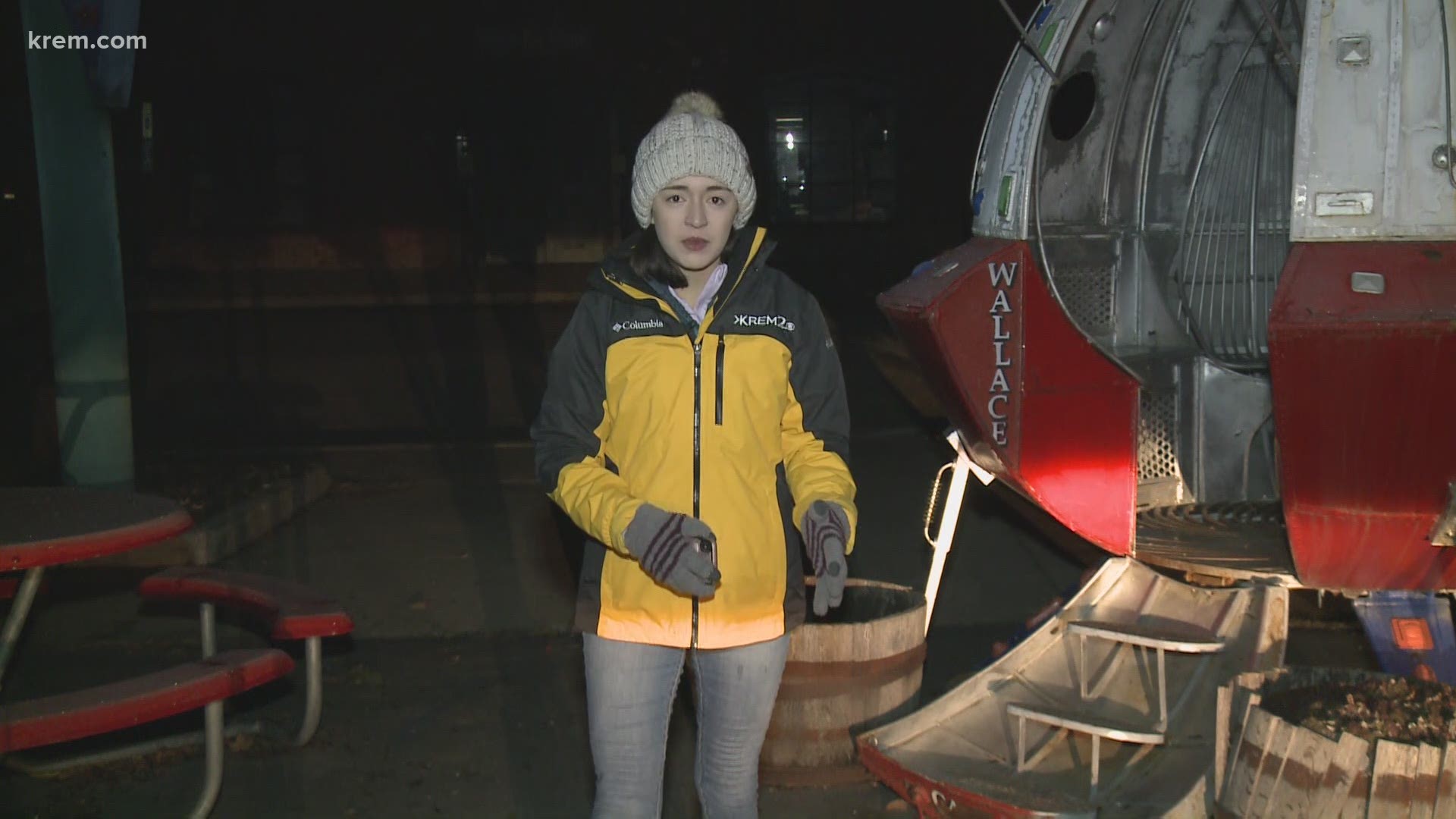 WALLACE, Idaho — Power has been restored to a mine in Wallace, Idaho, after an outage that began amid a windstorm on Wednesday morning left workers trapped underground.

Staff at Galena Mine Complex ran tests to ensure equipment was safe before bringing the miners up in groups on Thursday morning.

The first group of 35 miners made it out of the mine after 10 a.m. on Thursday. They are coming up in two groups because the mine shaft only holds 35 people, a representative for Galena told KREM 2's Nicole Hernandez.

All of the miners made it out of the mine safely, according to the representative.

The miners were not in danger when they were trapped and had access to fresh air, food and water, the representative told KREM 2's Nicole Hernandez. Some people made the trek out before power returned.

The representative for the mine would not confirm how many people were trapped underground but the number is greater than 35.

The miners had been underground for about 24 hours after areas throughout the Inland Northwest lost power early Wednesday morning. Avista initially gave the mine an estimated restoration time of 5 a.m., the representative said.

Avista told customers throughout the region on Wednesday that they should prepare for "prolonged outages," adding that some people may be without power for multiple days. At the height of the storm, about 103,000 households were without power.

Two people were killed by fallen trees during the windstorm on Wednesday..

A woman died after a tree fell on her car on Spokane's South Hill on Wednesday morning and a Post Falls man, 59, was also killed when a tree hit his car while he was driving on Highway 97 in North Idaho.