Meridian motorcycle rider dies from injuries in I-84 wreck

The 52-year-old lost control and laid his bike down at the offramp to Broadway Avenue. 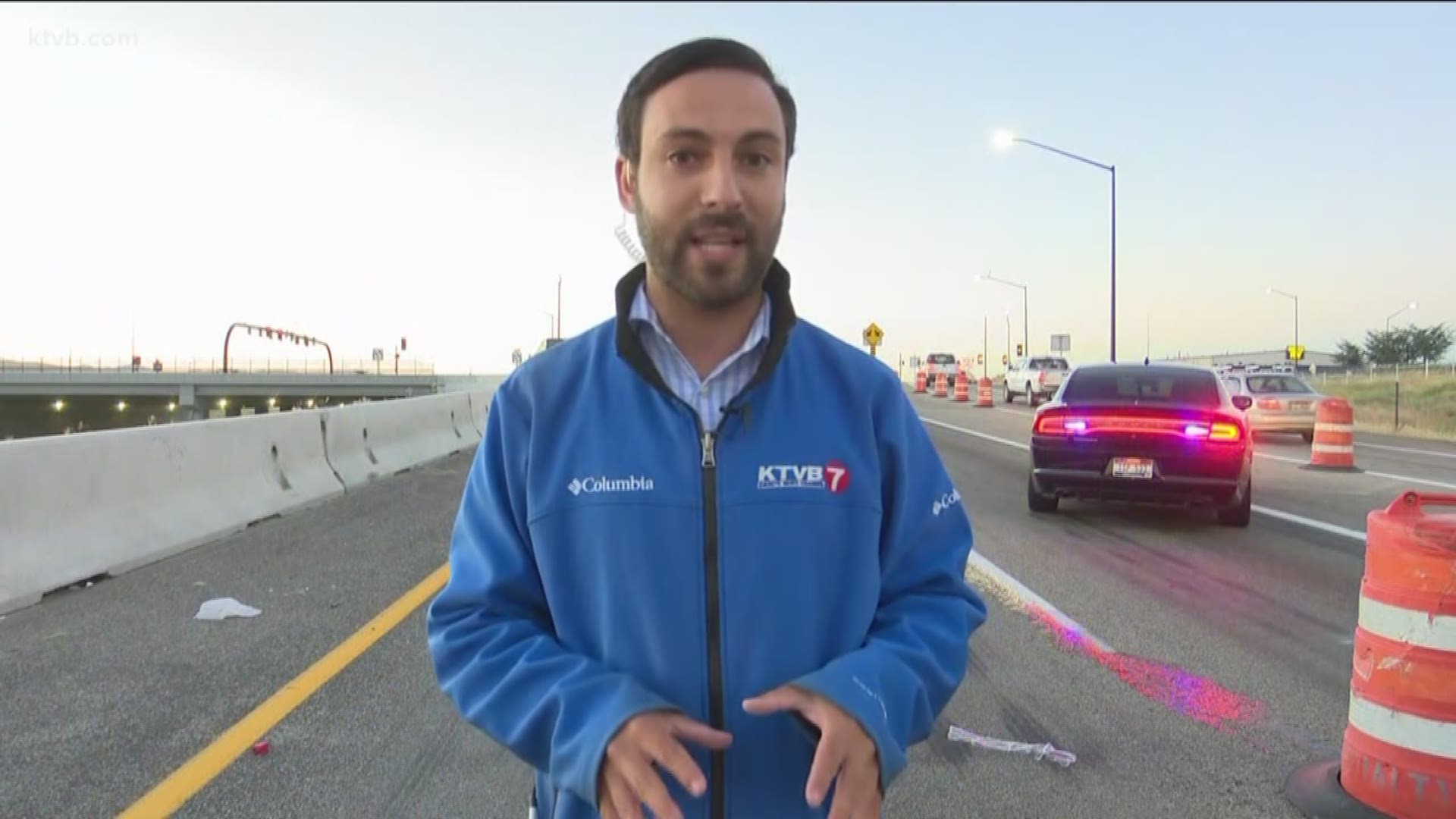 BOISE -- A Meridian man who was seriously injured when he laid his motorcycle down on an offramp from Interstate 84 Wednesday morning has died from his injuries, according to police.

The crash happened just before 4 a.m. on the ramp from eastbound I-84 to northbound Broadway Avenue.

Idaho State Police say 52-year-old Gary Rupert of Meridian was headed east near the ramp when he failed to make a curve, causing his motorcycle to tip onto its side. The motorcycle came to rest at the top of the offramp.

Rupert was taken by ambulance to Saint Alphonsus Regional Medical Center with life-threatening injuries. He was not wearing a helmet, police say.

Police released a brief statement Thursday morning that Rupert has died at the hospital.

No other vehicles were involved in the wreck.

The offramp was partially blocked while emergency crews cleared the scene, but all lanes were reopened by 6:30 a.m.

The crash remains under investigation.