Mark Johnson’s final broadcast on KTVB will be on December 23, 2021. 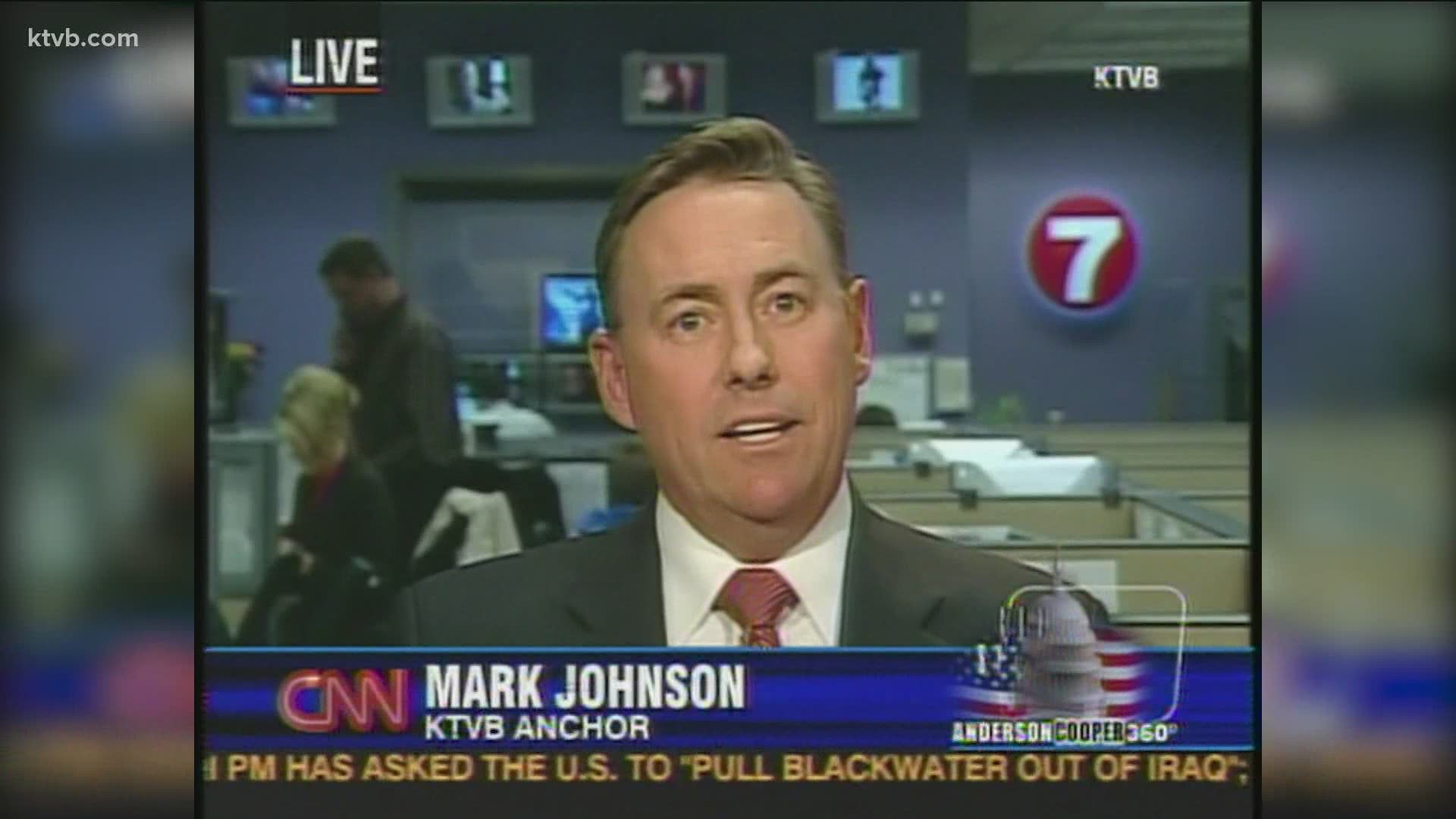 A constant in the lives of generations of Idaho families, Mark Johnson has watched 30 years of Idaho history unfold from his spot in the KTVB studio. Viewers tuning in knew from the smile on his face or his calm, measured tone what kind of day Idaho was having. And on some days, he let Idaho know what he really thought by “Just Sayin’” what was on his mind.

“It has been a blessing and an incredible honor to serve our region while working at the most amazing station in America for the better part of my life. I never imagined I would go to so many places around the country and the world to cover events and stories that mattered to Idahoans. More importantly for me, being able to live and raise a family in such an amazing community while working with hundreds of colleagues who have been more like a family to me has been the greatest gift,” said Mark Johnson. “It’s time for me to start enjoying the next chapter of my life with my wonderful wife, four amazing daughters (2 of them headed to college), and my first grandson. Though I will miss the daily rush of the newsroom and the front row seat to the news of the day, I look forward to taking a step back and enjoying all of the wonders Idaho has to offer.”

During his tenure as lead anchor at KTVB, the team has earned multiple awards for broadcast excellence, including regional Emmy® awards for the News at 10. He has also served a number of local non-profits, including The Boys and Girls Club, Big Brothers - Big Sisters, United Cerebral Palsy, United Way, Salvation Army, First Tee of Idaho, Make-A-Wish, the Boise Rescue Mission, Dress For Success, and others.

“It has been an honor and pleasure to work alongside Mark both personally and professionally over the decades. He puts his whole heart into his journalistic work and support of community service events. His immense contributions to the success of KTVB and his colleagues is immeasurable,” said Lisa Chavez, Director of Content. “Mark has provided our audience with steadfast, trustworthy, authentic news coverage with a personality all his own. Please join me in thanking Mark for his dedication and congratulating him on an incredible career and new chapter of life.”

Mark Johnson’s final broadcast on KTVB will be on December 23, 2021.