Join us in taking a look back at three decades of Mark Johnson at KTVB. 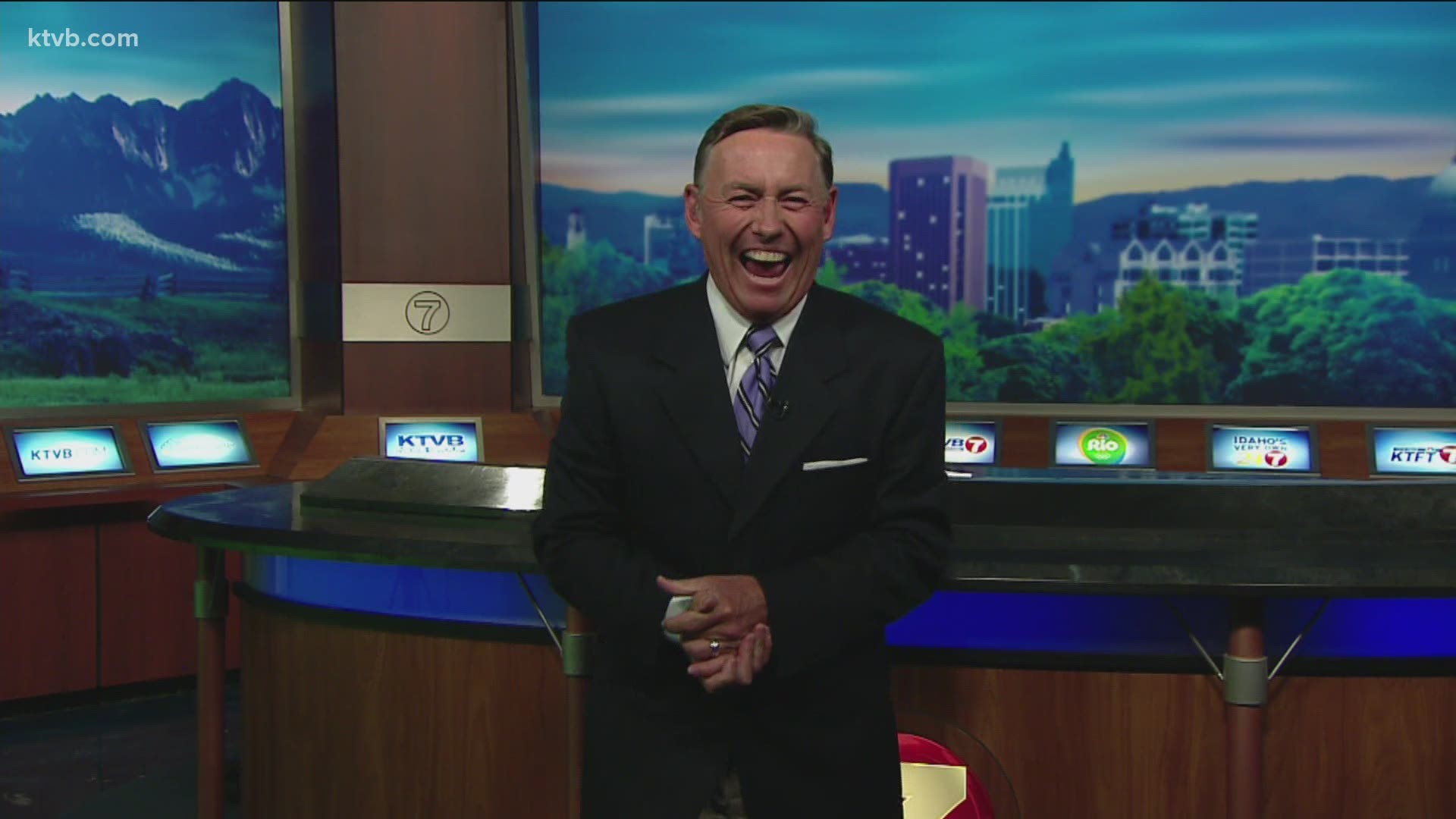 BOISE, Idaho — During Sunday night's News at 10 broadcast, KTVB anchor Mark Johnson was surprised with a short video from his closest friends and former colleagues, congratulating him for 30 years at Idaho's News Channel 7.

Last week, Mark turned into a viral internet sensation, thanks to an unintentional tweet that included his staff bio with no other context than his name, "Mark Johnson."

And it didn't stop there: Ellen, Jimmy Fallon and Stephen Colbert all wanted Mark on their shows.

As Mark was discovering his newfound fame, he also celebrated his 30th anniversary of working at KTVB on Friday. However, Mark does not work on Fridays, so the team got the chance to celebrate and surprise him on Sunday night.

The team put together some clips commemorating his time here, as well as some special shoutouts from former team members and some of his close friends.

He also got another shoutout from one special viewer, who helped introduce the world to "Mark Johnson":

"Hey Mark, Trevor Aguirre here. You may not know me, but I am the one who got a lot of people to comment on that original bio of yours and turned you into a viral sensation overnight. Don't know if you heard about that. I just want to say happy 30 years at KTVB.  We all in Boise really appreciate what you do for our community and keeping us informed and everything. So congrats and as always... Mark Johnson."