'It could probably handle one big stadium show a year': After Garth Brooks' success, could we see more major concerts at Albertsons Stadium?

Brooks' successful weekend on the Blue has opened the door for other big name artists to stop in Boise. 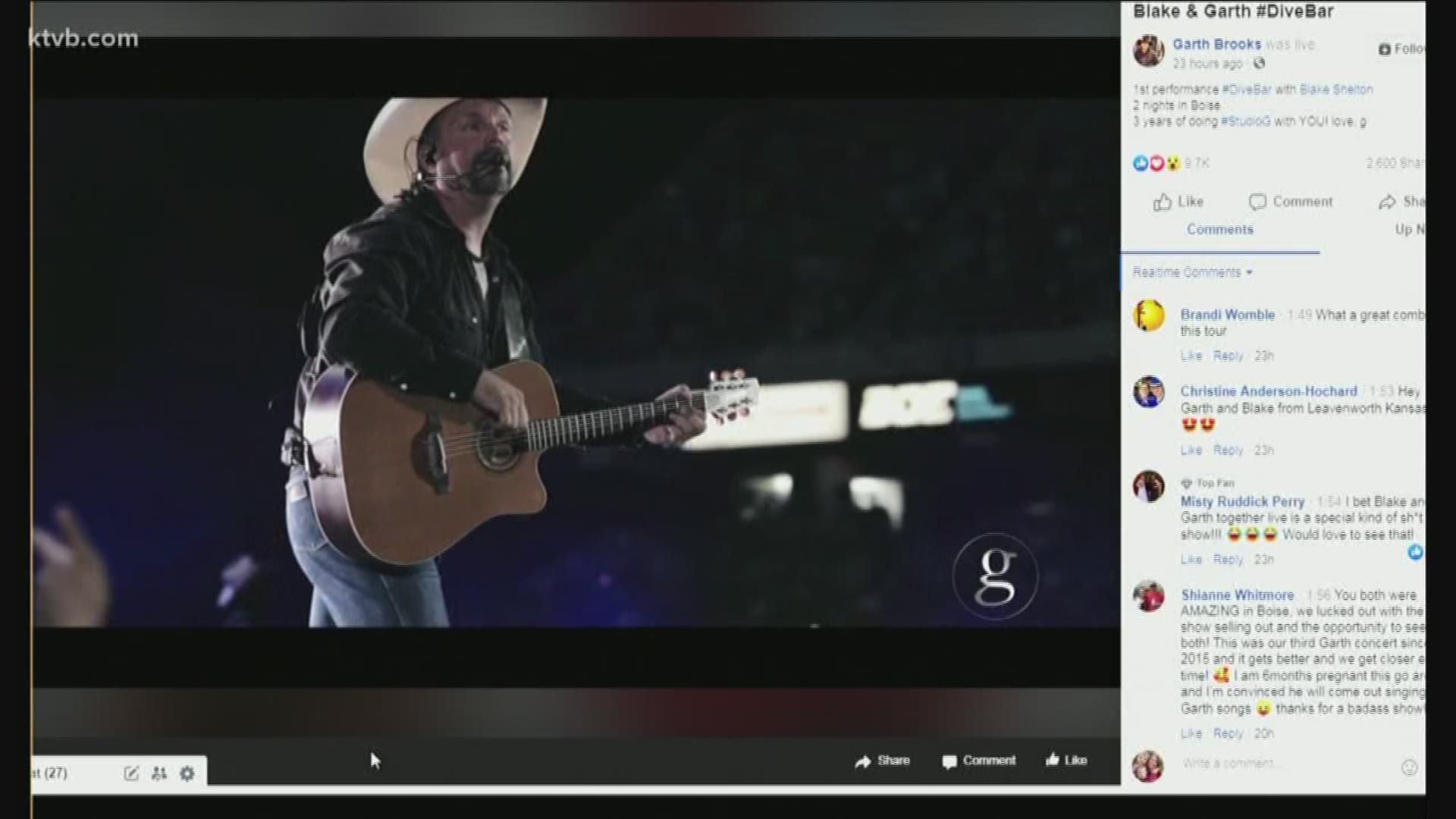 Creston Thornton, regional president of the world's largest events promoter, Live Nation, said that the success proves that Boise could bring other artists to Albertsons Stadium.

"I think there's an opportunity - probably once a summer - to [host] someone like a U2 or a Paul McCartney, maybe Lady Gaga, with that 40,000 ticket mark and have one show that's successful and becomes an event for the whole Treasure Valley," Thornton said.

Live Nation was not involved in promotions for the Garth Brooks concerts in Boise.

"I'm sure they 're gonna come out with a video that says 'live at BSU stadium," the Live Nation president said. "I just think it's good for the brand and it makes our job [easier] in the future - trying to work on the show with the university, and with the agents and artists. It's a selling point for sure - its great for the community."

We reached out to Boise State on Tuesday to ask about any possible concerts in the works at Albertsons Stadium, but we did not get a response.