Brian Porter, the owner of Porter Guitars, had no idea if Garth Brooks would even use the custom guitar but still built it in just two weeks. 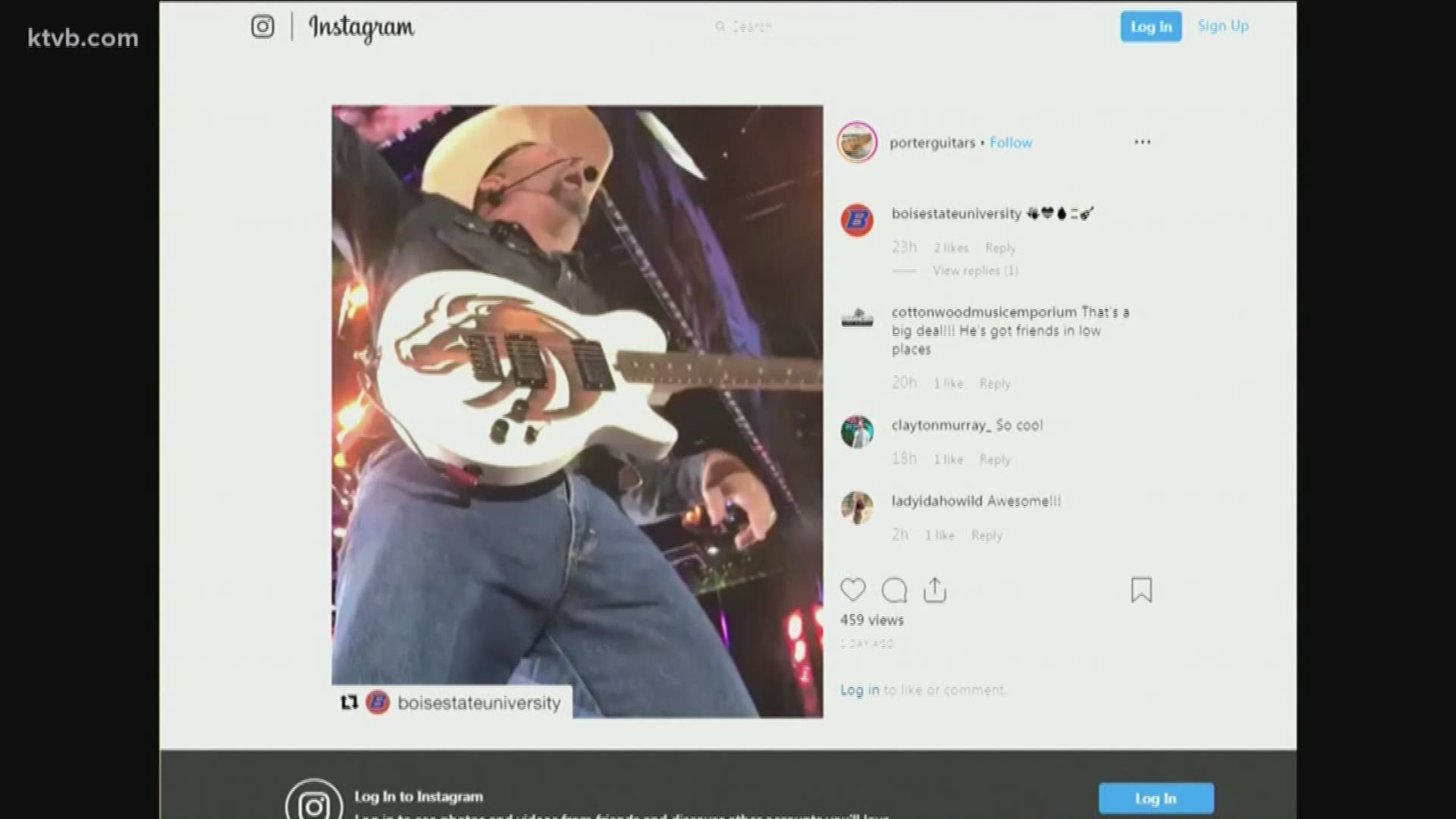 BOISE, Idaho — If you were one of the over 80,000 fans that went to see Garth Brooks play at Albertsons Stadium, you may have noticed something special and fitting about his guitar - it had a custom Boise State Broncos logo painted on it.

What's even more special about it is a Garden City business built the specialty guitar in less than two weeks.

Brian Porter, the owner of Porter Guitars, had the idea of putting the Broncos logo on the guitar only a couple weeks ago.

"So I saw he played at Notre Dame Stadium, had a Notre Dame guitar. So I thought why don't we take a shot with a Boise State-themed guitar he's playing on the blue right?" he said.

Building the guitar was more than just placing a logo on it, they airbrushed the logo on it to create a 3-D look to it, Porter says.

"It was a crazy project we pulled it together in about two weeks," he said. "All I knew was that it was going to get into his hands and I would have a guarantee that it would get that far."

Porter didn't know that Brooks used the guitar during his concerts until the next day when he saw it on social media.

'It's been wonderful': Fans and downtown Boise businesses gear up for Garth Brooks' concerts