For most Idahoans, the easiest way to be compliant with the law will be to get a Star Card.

BOISE, Idaho — Right now, if you're taking a commercial flight within the United States, not having a passport is no problem.

But starting in October, you'll need to show a passport or some other form of federally-approved ID at the security checkpoint -- a regular driver's license will no longer be enough.

One option, less expensive than a passport, is the Star Card.

It's an Idaho driver's license or ID card marked with a star indicating that it complies with the Real ID Act, a federal law passed in 2005 as part of efforts to increase security after the 9/11 terror attacks.

RELATED: Viewpoint: Idahoans have until October 2020 to get the Star Card to fly in the U.S. 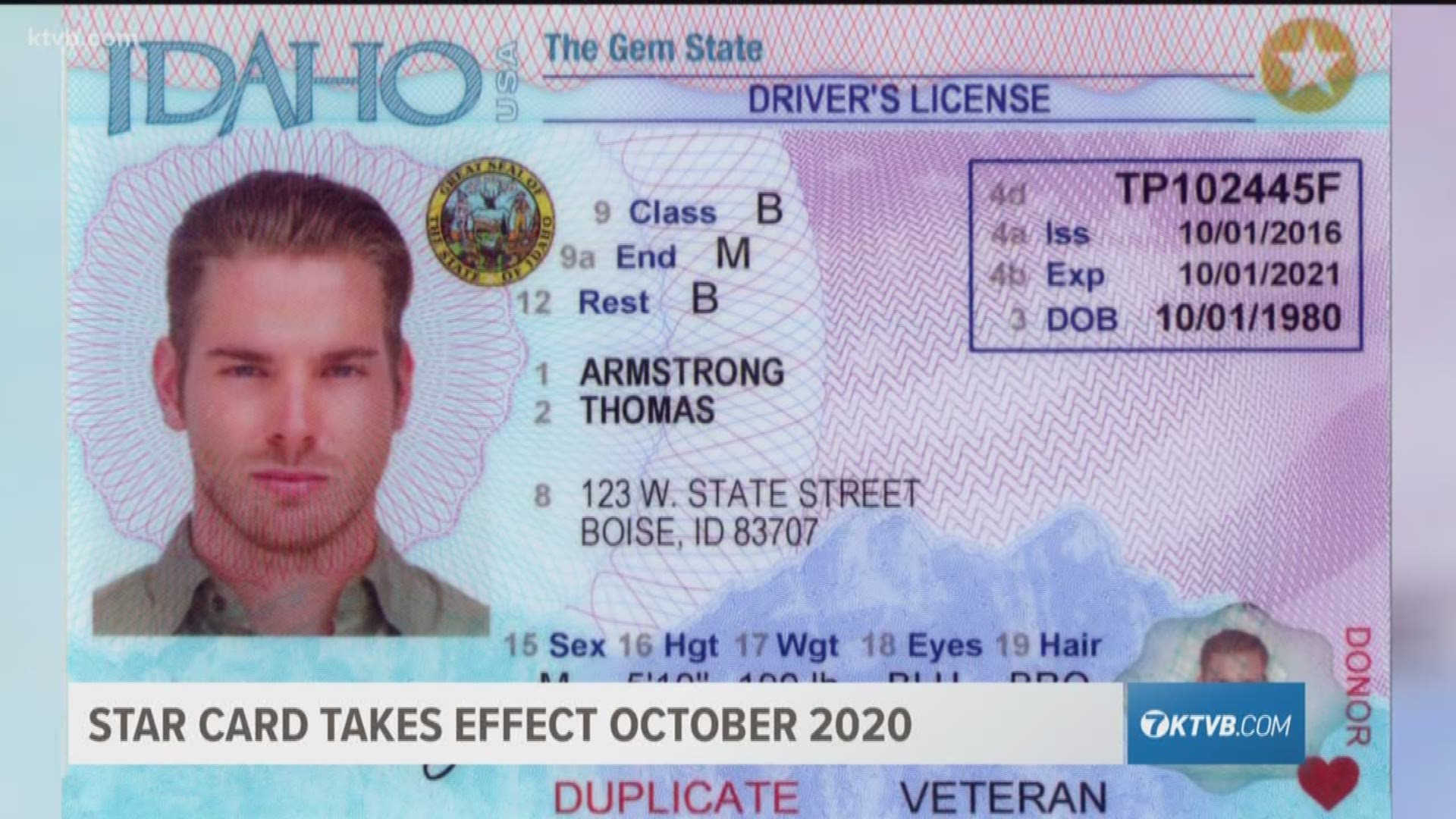 For most people, the most common need for a federally-compliant Real ID will be air travel, but a Real ID will also be required to get into certain buildings and areas run by the U.S. government, like federal courthouses.

Idaho has been issuing Star Cards for a while now, but most people haven't gotten one yet.

The process to get the Star Card has stricter requirements than just getting an Idaho Driver's License, too.

The Idaho Transportation Department has a list of documents people will be required to have in order to the the card.

The documents must provide proof of:

RELATED: VERIFY: Does Idaho have stricter Star Card requirements than other states?

“It's really additional verification of your identity and proof that you are here in this country legally and that you reside in the state of Idaho," said DMV Administrator Alberto Gonzalez in 2019. "What we've been hearing from many people who've gone in to get their Real ID is that they went in assuming what the documents were that they needed -- in other words, they didn't go through that checklist on our website -- so they end up having to make a second or even a third trip in some cases."

To avoid a second trip to the DMV, review the Star Card checklist online.