Idaho history experts and the students were attempting to find the remains of inmates buried there, some in unmarked graves. 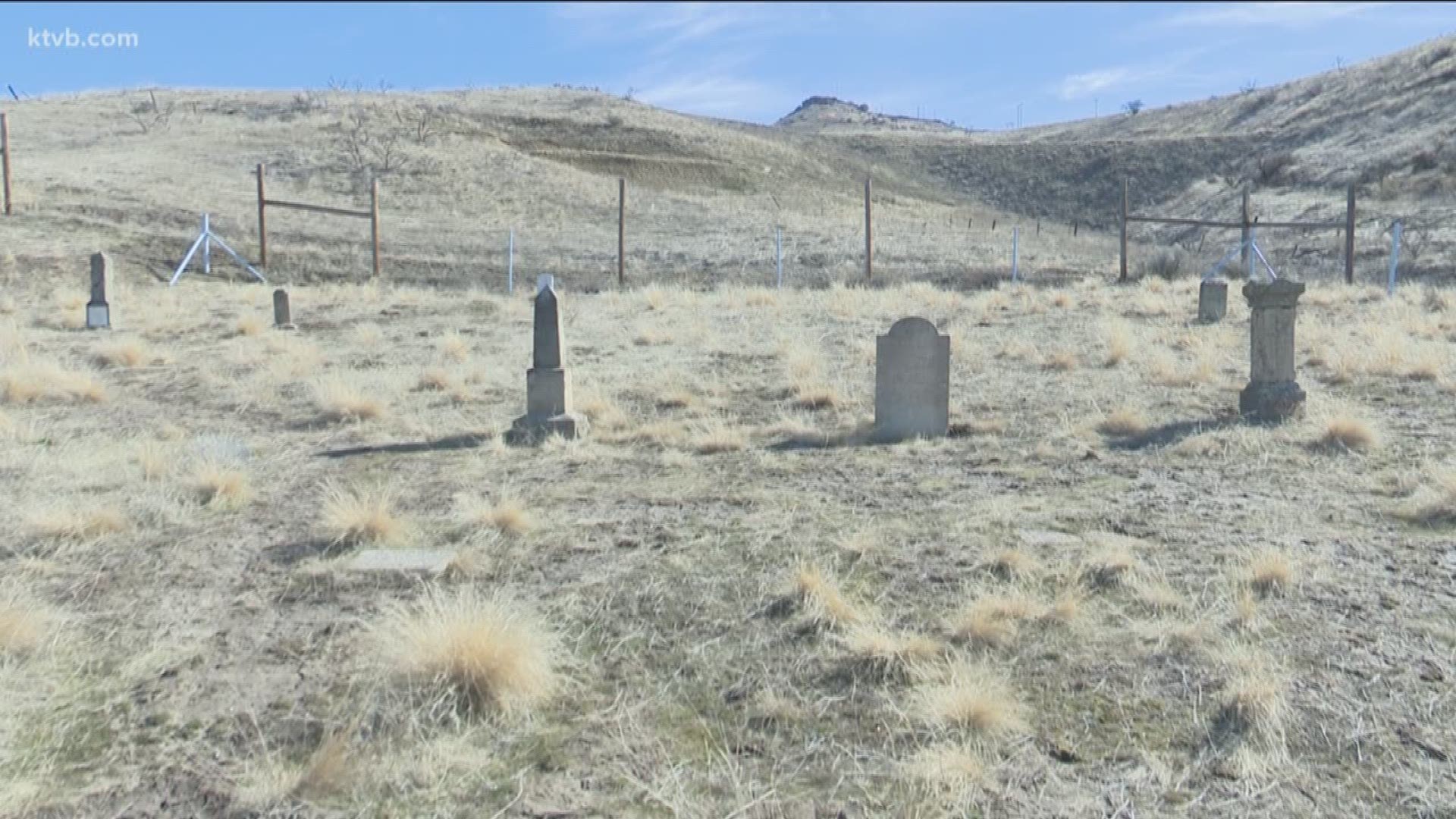 BOISE, Idaho — Idaho history experts and Boise State University students were digging up the past at the Old Idaho Penitentiary, trying to find the remains of inmates that were buried more than a century ago.

The state penitentiary operated from 1872 to 1973 and 129 prisoners died there, at least 55 were buried on site. According to historical experts, that's just the known number of inmates buried there, the number could change depending on what they find.

Six of those were inmates were executed.

After decades of weather, deterioration, and vandalism, many of the grave markers have been destroyed.

Few records were kept that noted where inmates were buried, so Boise State students are using ground-penetrating radars to help assist in the search for remains.

The use of ground-penetrating radar at the Old Penitentiary to search for human remains was spurred by students using the technology to help Nampa Police find a possible buried body, according to Dylan Mikesell, an associate professor of geosciences at Boise State.

"The group is out here, and we're gonna do three different surveys, we're collecting GPS data on the surface to identify existing markers and sort of lay out the geometry of our survey and then they're collecting two types of geophysical data," Mikesell said.

One of the main goals for the experts and students is finding out if there are more inmates buried there.

A variety of factors influenced why less than half the inmates who died there are buried on site and it may be difficult to pinpoint the exact reasons that they were.

"A lot for these inmates, you have to think of the social-economic conditions, different backgrounds that they came from, sometimes they're crimes were so heinous, it wasn't always about just being forgotten, it was a matter of the families couldn't claim the body because they couldn't afford to do the burials and things like that," Amber Beierle, the historic sites' administrator, said.

She also says that it may be great to know more about the inmates buried there, but its also about making connections and evolving the story of what happened at the Old Pen.

The earliest grave marker at the Old Pen is from 1880 and the last known man buried there was in 1967.

Each inmate buried there carries a different perspective what Idaho was like when they died, offering a continuation of social justice and what has changed between their deaths and modern times, Beierle says.

For the Boise State students, this opportunity to search for buried inmates offers them the chance to use what they learn in the classroom in the field.

"I think it's great for the students, we have a lot of time in the classroom," Mikesell said. "We get to see the equipment, we plug it and we maybe walk it around the building on the outside of the classroom but we don't come to places like this very often, so it's really good for the students to get practice in the field... so it just helps them get a more real perspective of the different variety of geophysical environments you might be operating in."

It may take over a month for the students to sift through all of the data they collected from their surveys, Mikesell says.

Beierle says once the bodies are located, she hopes to fundraise enough money to build permanent grave markers for the inmates buried there.

RELATED: Remembering the Civil War at the Old Pen