Spring Rock as proposed would have 1,925 single-family homes and 372 apartments, along with commercial buildings and open space, on 761 acres.

Credit: ACHD
This image is a map of the planned Spring Rock community near Kuna. The 2,200+ housing units here will require multiple roads to be widened in the future, according to ACHD staff.
Author: Thomas Plank (Idaho Press)
Published: 1:15 PM MST December 12, 2019

A planned community with over 2,200 housing units east of Kuna is moving forward after a hearing at the Ada County Highway District.

Ten Mile Creek, LLC is in the process of building Spring Rock, a planned community like Avimor and Dry Creek Ranch, according to the Idaho Press. Spring Rock as proposed would have 1,925 single-family homes and 372 apartments, along with commercial buildings and open space, on 761 acres.

Planned communities are developments that include multiple kinds of residential, commercial and recreational buildings and are generally completed over a period of years; in Spring Rock's case, Ten Mile is hoping to complete the development in 20 years.

On Wednesday, Dave Yorgason, one of the developers of Spring Rock and a partner in Ten Mile Creek, LLC, went before commissioners to ask them to approve an ACHD staff report that will be used by Kuna's Planning and Zoning Commission and later Kuna City Council when they determine if they will OK the development.

"The city of Kuna is in tentative support of this," Yorgason said, and added the development, which will be nestled next to the Falcon Crest golf course and planned community, fit Kuna's new comprehensive plan.

The staff report suggested a multitude of changes to roads around the development to deal with 2040's projected levels of traffic:

There are some concerns about the new planned community. The Community Planning Association of Southwest Idaho (Compass), a regional planning agency, completed a development review of the Spring Rock project.

"The proposal exceeds growth forecasted for this area. Coupled with the Falcon Crest proposal to the southwest, transportation infrastructure may not be able to support the new transportation demands," Compass' review said.

Compass added it had concerns about the lack of public transportation in the area, and that until the site was built out to include commercial enterprises, the number of trips in and out of the community would stress the roads around Spring Rock.

While the commission did vote the staff report through, Commissioner Kent Goldthorpe expressed frustration about the speed of the process.

"The fact is we haven't been given any time here ... to give due and thorough consideration to this," he told Yorgason. Goldthorpe said he and the commission had only been given four days to look over the staff report. 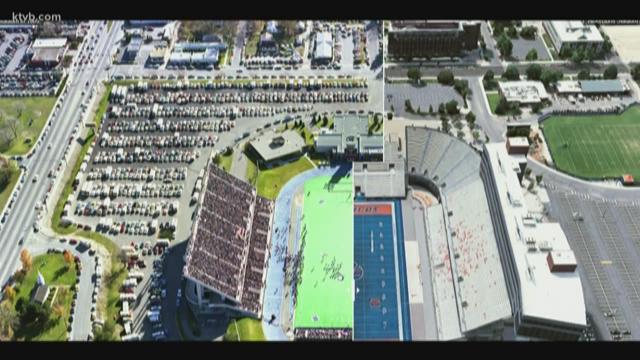 Yorgason said he and his team had been working with Kuna city staff, neighbors and other groups over the past several months to bring Spring Rock in front of the ACHD commission.

Ten Mile Creek, LLC partner and developer Chris Finley said the project would be putting housing in a spot in the Treasure Valley that would easily access multiple municipal areas and businesses.

He and his partners believe Kuna will be an up-and-coming area to live and work in the near future. Compass is projecting the 24,600-person town will more than double in size by 2040, estimating that its population will rise to 50,109 people.

Commissioner Sara Baker said the housing issues in the Treasure Valley were only getting worse, so the commission and others had to be prepared to meet that crunch.

"We're at the point where they're coming, and we have to start building," Baker said.