The Idaho Department of Labor said there is a surplus of available jobs right now, and many of them are in the service industry. 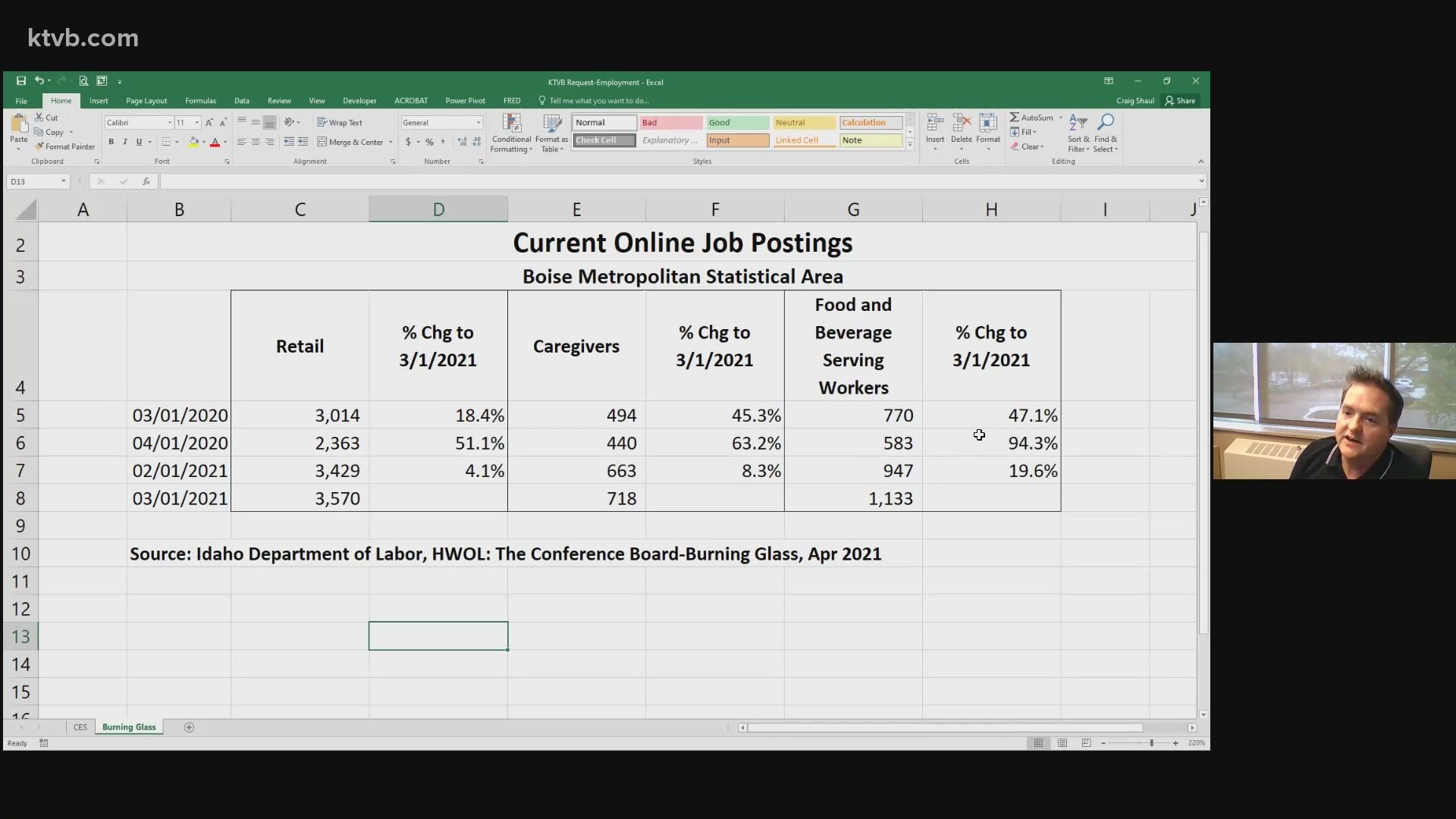 BOISE, Idaho — Idaho's unemployment numbers may be a little higher than before the pandemic in 2020, many businesses around the Treasure Valley are having difficulties filling their open positions. Across the Gem State, there is a surplus of job postings, according to a Department of Labor official.

“Right now we’re just kind sending (resumes) out,” Seward said. “I think we’ve probably made that post about four or five times in the last six weeks. We’re just interviewing as many resumes as we get.”

Craig Shaul, a research analyst for the Idaho Department of Labor said finding workers is an issue for many restaurants and coffee shops right now due to a surplus of job postings.

“We actually have almost a 50% increase where we were a year ago,” Shaul said. “Even with the pandemic and even with the jobs that we see are still kind of just above where they were last year.”

Shaul said jobs like working in a retail store, a restaurant or a coffee shop are transitional jobs for people.

Seward agreed with the assessment of the job openings at his business and said that's why it's hard for him to find workers.

“This is a stepping stone to something else and I think what we're seeing right now is people moving on to something else, so the pandemic has allowed them to see what they want to do... I think some of that uncertainty is more playing out right now than having access to unemployment,” Seward said. “I mean I think that has something to do with it, but right now it's just finding people to do a job like this.”

Instead of blaming the issue on unemployment benefits, he is looking for new ways to adapt.

“We appreciate all the people that have worked with us and been with us for a long time,” he said. “We're excited about what is next in our industry, for sure.”

The Department of Labor said the average weekly unemployment payment is $325.

People receiving those payments are required to apply for two jobs a week and provide that proof to the Department of Labor.

If a business offers a job to someone receiving benefits, and that person denies the job, the manager can report that to the Department of Labor, who will then investigate.

The email to report is work.refusal@labor.idaho.gov.