Some mayors said the lack of lawmakers' understanding of city budgets needs to be addressed since SB1108 would drastically affect how cities are funded. 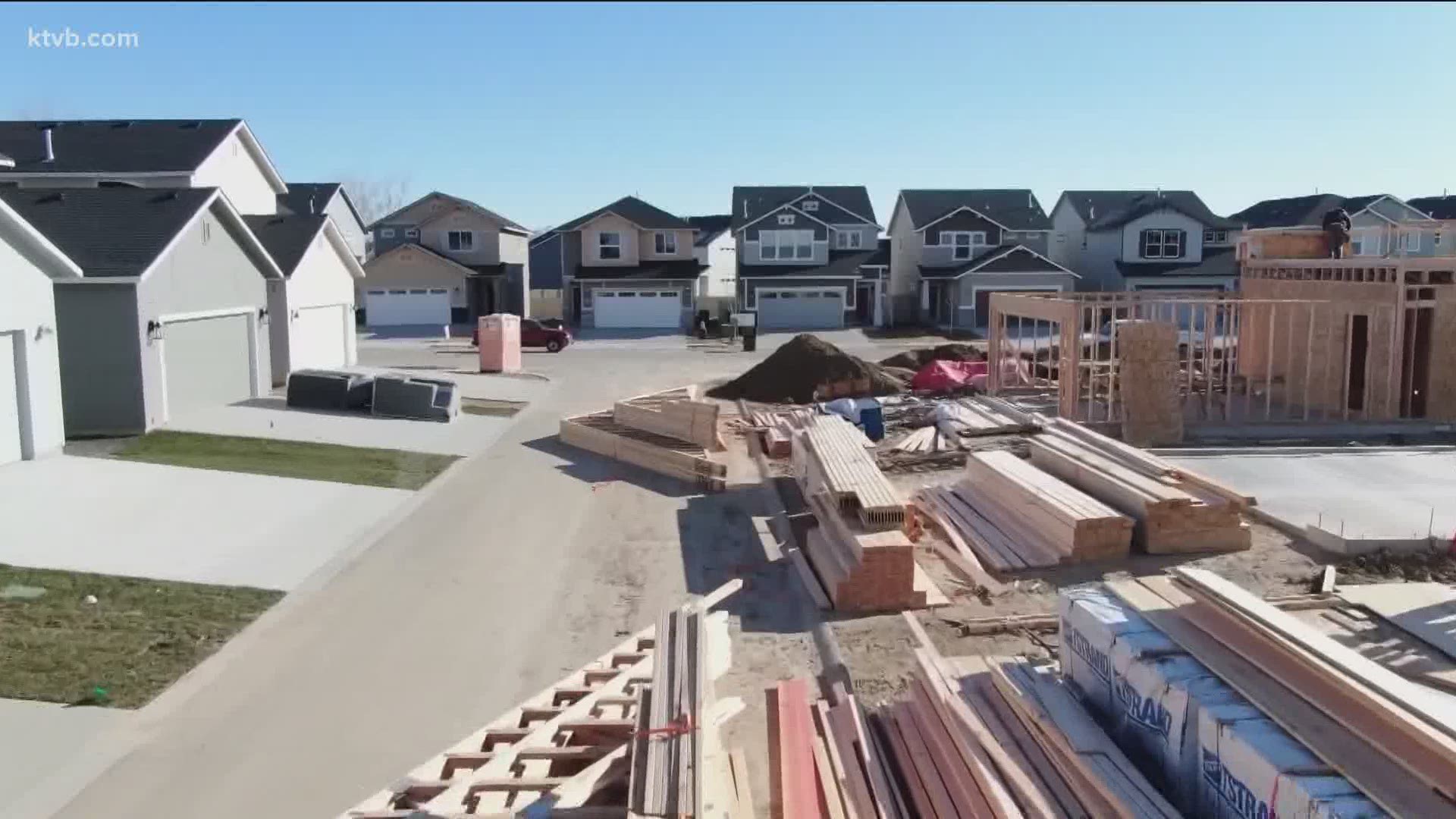 BOISE, Idaho — Mayors from Wilder to Mountain Home met for a virtual press conference on Thursday to voice their opinions against a new proposed property tax bill that would drastically alter how cities fund their budgets.

By the end of the hour-long press conference, city leaders made a few things clear about Senate Bill 1108; it needs to die in the Senate, the bill would force cities to cut back on some public services, local and state leaders need to work together to create a better plan to address property taxes and that some legislators just don't understand how city budgets operate.

"I believe you know they want to reduce property taxes for the benefit of everybody," said Star Mayor Trevor Chadwich. "But the formulations on, and on, and their thoughts, in our opinions, are incorrect on how they're coming up with the ways on reducing those property taxes."

Senate Bill 1108 was introduced on the Idaho Senate floor about two weeks ago and is currently waiting for its third reading. However, for many city leaders across Idaho, the bill shouldn't be heard again, let alone passed.

SB 1108 changes the formula for the growth of property tax budgets and provides relief for property owners from increasing property tax.

The proposed legislation would take 75% of the new construction tax and send it to the city for their general fund budget. The other 25% would go to property owners as property tax relief.

"Senate Bill 1108 is not the solution that some think it is." Nampa Mayor Debbie Kling said in her opening statements. "Our citizens have asked that new growth fund the growth. This bill does not allow that to happen. It only allows 75% of the growth to be captured for the city of Nampa alone, if this bill had been enacted over the last five years, we would have 20 fewer police officers in our rapidly growing cities."

"As everybody realizes, Star is at the epicenter of this growth boom that we seem to be having," Mayor Chadwick said. "We're just up 58% in building permits, year after year right now for housing, which is, which is significant. This property tax bill as written, 1108, would significantly impact the services to our city. Much has been said about new construction being the devil in property taxes, when in fact new construction is the only way that we can get growth to pay for itself through the property tax system."

While mayors Chadwick and Nancolas may personally know legislators who are working on property tax reform, lawmakers likely won't know how city budgets work unless they've actually done them before.

"I believe that unless you have actually been in the trenches and put a budget together, it's difficult to understand. You know, city budgets are very complicated," Mayor Nancolas said. "And so even though they've been involved in tax policy, it's different to actually sit in the trenches and put a budget together with your finance people, follow the laws of the state of Idaho, follow the rules that are put in place, and to put that budget together. So, for me, I still want to believe that it's just misunderstanding."

"I think it's more misunderstanding because every city is a little bit unique and different city of Star doesn't nearly have the responsibilities as the city of Caldwell or Nampa or even Middleton have," Mayor Chadwick said. "And so you can't compare it, it's not apples-to-apples and it's like they're (lawmakers) trying to put everything together as an apples-to-apples deal."

City leaders repeatedly said that they have offered to help educate lawmakers on how city budgets work but lawmakers have yet to take them up on their offer.

"We want to inform, we want to help with understanding and so the I think the solution is to kill Bill 1108," Mayor Nancolas said. "Take the time to really understand how these issues affect different municipalities, create an interim committee where truly local elected officials from all levels are included in the conversation and come up with a solution that truly addresses property tax issues in the state of Idaho."

In a statement, Treasure Valley Partnership, the organization of city leaders that held the press conference, said the characterization that city leaders aren't doing everything they can to manage their budgets is simply false.

"Members of the Treasure Valley Partnership are used to creative problem solving and coming to the table with solutions. However, while local governments have been characterized as not providing solutions, that is untrue. Instead, our solutions were prevented from being discussed in the 2020 property tax interim committee and have thus far been blocked for introduction during the 2021 legislative session," the association said.

Moving forward, city leaders would like to form a working group with state lawmakers to come up with a better bill to address rising property taxes. However, it appears that city officials have already offered to help educate lawmakers with no success.

Nancolas said that city officials have offered state lawmakers various solutions for property tax relief. None of the solutions have been taken up.

"And there's only so much you can do you can bring it forward," Nampa Mayor Kling said. "So I would like to suggest, and this is my recommendation to our legislators, it needs to be a working group, and the governor could actually call a working group together, to where you have equal representation of citizens, of local elected officials and legislators and that we all listen, that we need to be allowed to come to the table and the solutions that we brought forward, really need to be heard."

When asked if legislators' lack of knowledge about the city budgets that their legislation would impact is a good excuse, only Nancolas directly answered the question.

"Truly, misunderstanding is probably not an excuse, because there is information, there is opportunities to learn," Mayor Nancolas said. "We've offered to get together with them and help them to understand how budgets are put together. And we've offered to get together and brainstorm about how we can truly make property tax changes that will be long-lasting, beneficial and that that truly get at the root of the problem."

The Senate bill would also impact county governments' budgets, which are already strained due to the lack of state funding. Canyon County Commissioner White said counties are already burdened with state-mandated services, such as driver's licenses and EMT, which she said the state routinely underfunds or does not fund their budgets.

"There was a report that came out in January 2019 from the legislature's Office of Performance Evaluation, and it looked at this issue that report was titled, again this was 2019, the Impact of State Mandates on County Governments, and that found that two-thirds of counties indicated that state funding was rarely or never adequate to support these mandated services," Commissioner White explained.

The fate of SB1108 remains to be seen, as does the future of property tax relief if lawmakers continue their apparent willful ignorance of how city budgets work.

The following officials were present at the meeting for questions from the news media: