The city's budget director said the new increase would go to pay for increased costs of local services. 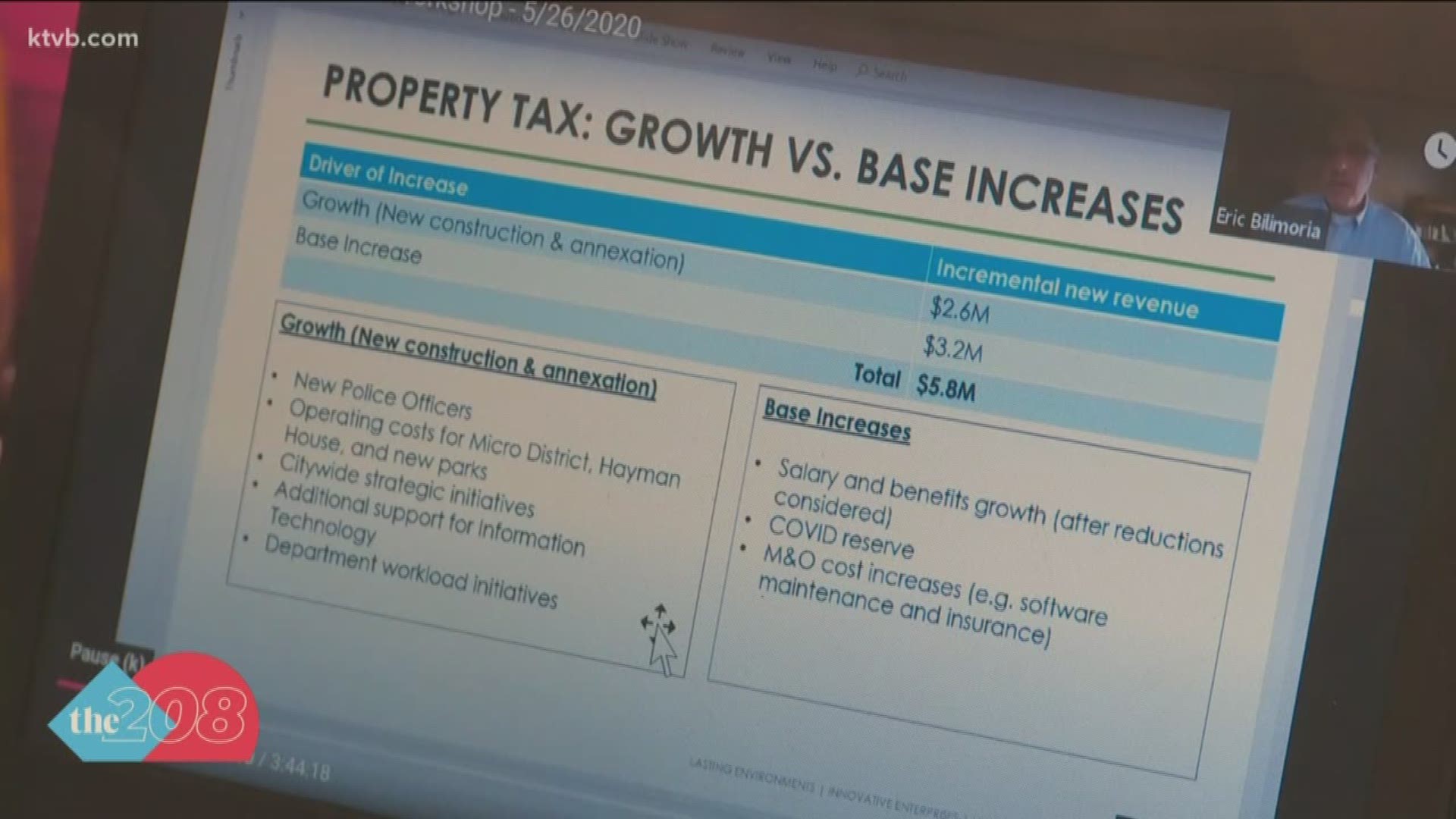 BOISE, Idaho — More than 130,000 Idahoans have filed for unemployment benefits since the coronavirus pandemic prompted statewide stay-at-home orders in March.

Those who own homes in Boise could soon face another financial hardship: higher property taxes.

In a budget workshop Tuesday morning, Mayor Lauren McLean and the Boise City Council discussed all things about the city's budget, including the possibility of a 2% property tax increase.

The proposed increase is 1% lower than the maximum 3% allowed by state law. The City Council has taken the maximum amount every year for the past several years.

Property taxes come from two different sources. The first is from growth, including new construction and annexation. The second is through base increases.

"We largely talk about [tax increases] as our means to keep up with increasing costs for our services," Bilimoria said. "So we have salary and benefit growth, albeit reduced in fiscal year 2021, that that funding helps support."

Bilimoria added that his department has gone through management and operations costs "with a fine-tooth comb" in an effort to keep costs down.

According to the city, taxes collected through growth will be set aside to pay for new police officers, operating the police department's new downtown micro-district, operating the historic Hayman House and new parks, among other projects.

It will also cover citywide strategic initiatives and additional support for information technology.

It's worth noting, Tuesday's meeting was just a discussion; no action was taken. The official budget won't be approved until later this summer.

RELATED: Boise area among those 'best positioned to recover from coronavirus,' report says