Flooding at Boise State University forces 140 students out of dorms

A valve on the main water line broke apart on the third floor of the new Honors College and Sawtooth Hall and started leaking Saturday morning, Boise State officials say. 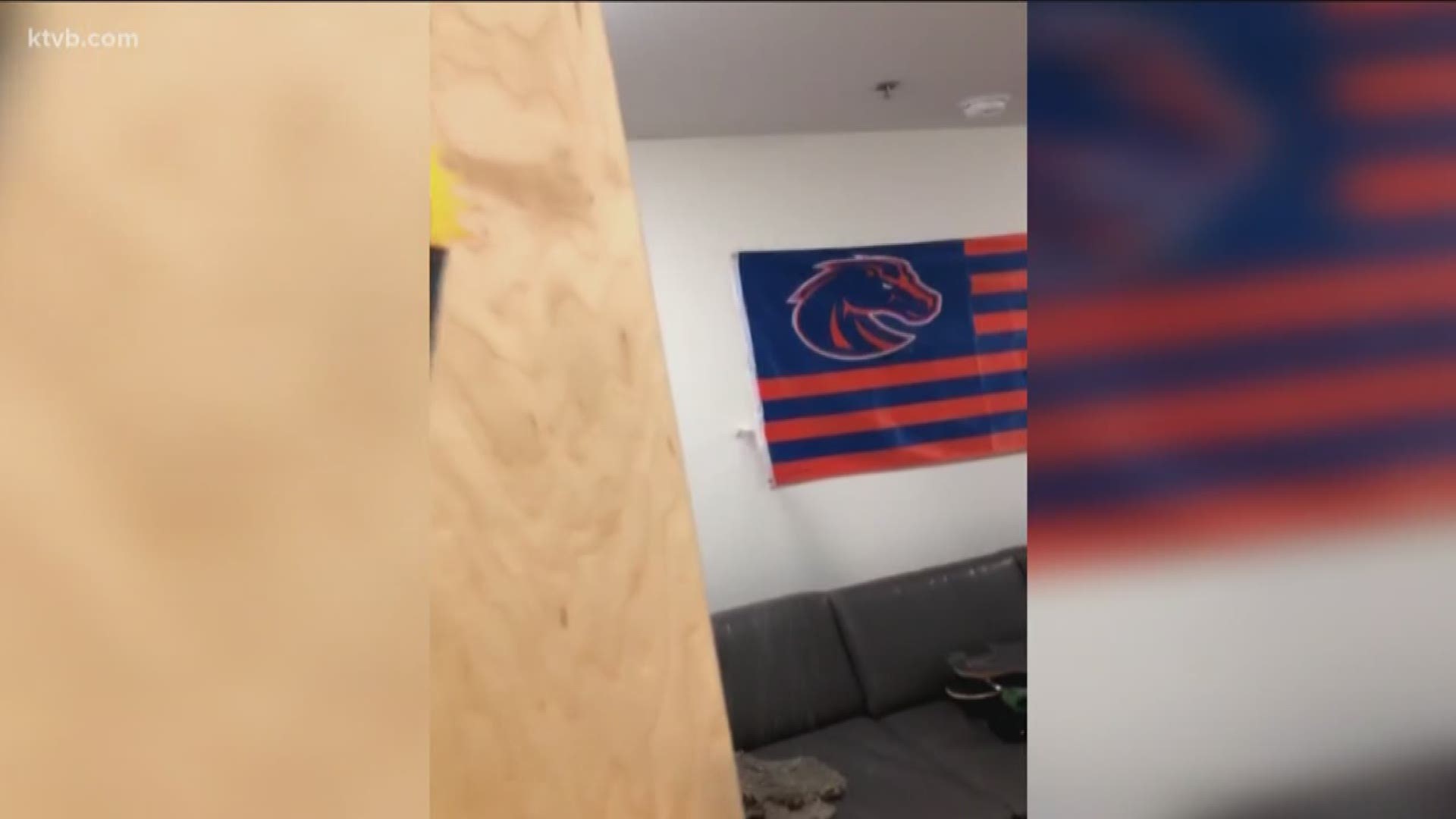 BOISE — Some Boise State University students had quite the wakeup call Saturday, when water rushed through the halls of BSU’s new Sawtooth Hall and Honors College, while students were sleeping.

“I started freaking out like instantly, I thought it was my room that flooded right away,” Gavin Wamhoff, a Boise State freshman, said. “Luckily, it wasn’t ours, but there was a small puddle coming out of the room down the hall.”

BSU says a valve on the main water line broke apart on the third floor and started leaking.

“Our room was across the hall and we threw all the towels we had at the bottom of the door,” Wamhoff said.

Gavin and his roommate called the resident assistants to let them know what was happening.

“They didn’t think it was that big of a deal, they thought maybe it was a sink or shower that was overflowing,” Wamhoff said.

The Boise State freshman said he then waited and watched as the water continued to grow.

“The RA’s got up, knocked on the door and made sure no one was in there. We keyed in and then as soon as we came in, it just all flowed out,” Wamhoff said. “There was probably a foot of standing water inside of the room and that all flowed out into the hallway.”

The students and staff eventually found where the water was coming from, but couldn't get it to stop, even after they shut the water off.

“We could see the dripping from the third floor to the second floor and the stairwell was starting to flood,” Wamhoff said. “We could see it coming down from the ceiling so, that's when we started knocking on all our friend's doors, basically, just everyone we could find because we didn't know who was here or not.”

With most students still out for Thanksgiving break, Wamhoff says, he was only able to find 5 people on his floor to tell them about the flood.

”A lot of people don't even know what happened, they may even have stuff that's ruined, their room could be safe but we're just now seeing a bunch of the kids come back from break,” Wamhoff said.

Right now, crews are still determining the extent of the water damage, but many rooms on the first, second and third floors were affected.

Sawtooth Hall is part of Boise State's new Honors College, which was opened in September 2017. The project cost the university $40 million to build.

It sent out a Bronco Alert informing students about what happened early Saturday morning.

The school has since relocated about 140 students temporarily.