Data from a nonprofit shows 53 hearings in Idaho courts this week. Fourteen of those are in North Idaho counties, the highest numbers since the beginning of June. 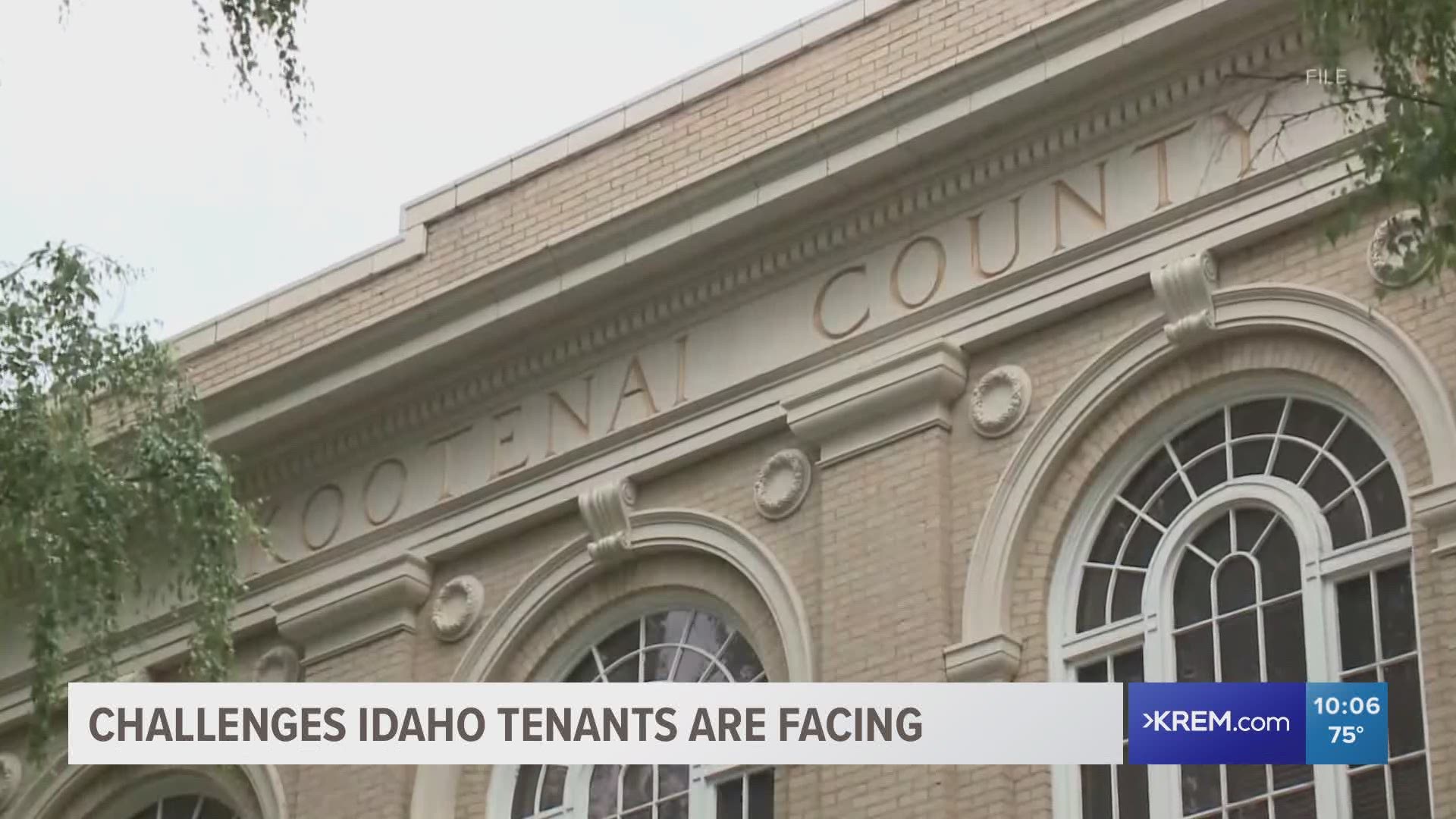 SPOKANE, Wash. — When the federal CARES Act expired, many worried it would result in a surge of evictions nationwide. Housing advocates in Idaho believe those fears are now being realized.

Jesse Tree of Idaho, a Boise-based non-profit whose "sole mission is to prevent eviction and homelessness," has been tracking the number of eviction hearings statewide since the start of the pandemic.

Their data shows 53 hearings in various Idaho courts this week, the most in one week since the start of May. Of those, 14 are in North Idaho counties, the highest number in that region since the beginning of June.

There are a few reasons why the numbers suddenly spiked again.

First, early in the pandemic evictions courts mostly shut down. But by May they were back open and operating virtually. That's why the last peak number was in early May.

Second, the extra $600 per check being paid out in unemployment thanks to the CARES Act recently expired, making more tenants unable to come up with rent.

Third, a federal moratorium in the CARES Act banning evictions in any federally-backed housing also expired. It only applied to an estimated one-third of renters, but its end has evidently made a dent.

And whereas Washington has a statewide ban on evictions right now, Idaho does not. Though, it is offering some rental assistance with help from federal stimulus money.

RELATED: Can I be evicted in Idaho, Washington?

Evictions hearings are soaring and they often have long-term consequences.

"Eviction doesn't always lead to homelessness, but often times it does," said Ali Rabe, Jesse Tree's executive director. "And we know that having an eviction on someone's record in the state of Idaho acts a lot like a criminal record. It's something that employers and future landlords can easily look up with a quick Google search, and see on a person's record. So it can preclude people from housing and employment opportunities in the future."

That can often be avoided if tenants are directed towards resources, or even just a lawyer or mediator to work something out with the landlord. But Rabe said people in crisis often don't think to ask for help, or believe it's too late to even when it isn't.

"Anybody with an eviction court date, we'll pop them to the top of the list and help them out," she said.

"And so people are literally showing up to the courthouse and being turned away, and calling into their eviction court hearings from their cell phones in their car in the parking lot," Rabe said.

She also says moratoriums could be helpful as a stop-gap, but that ultimately longer-term solutions are required to prevent evictions.

"Investments in more rental assistance," Rabe said. "I mean at the base of all of this, we're in a housing crisis. And the cost of housing is just so much higher than wages."