Sen. Maryanne Jordan introduced a personal bill in the Idaho Senate Tuesday to protect members of the LGBTQ community from discrimination. 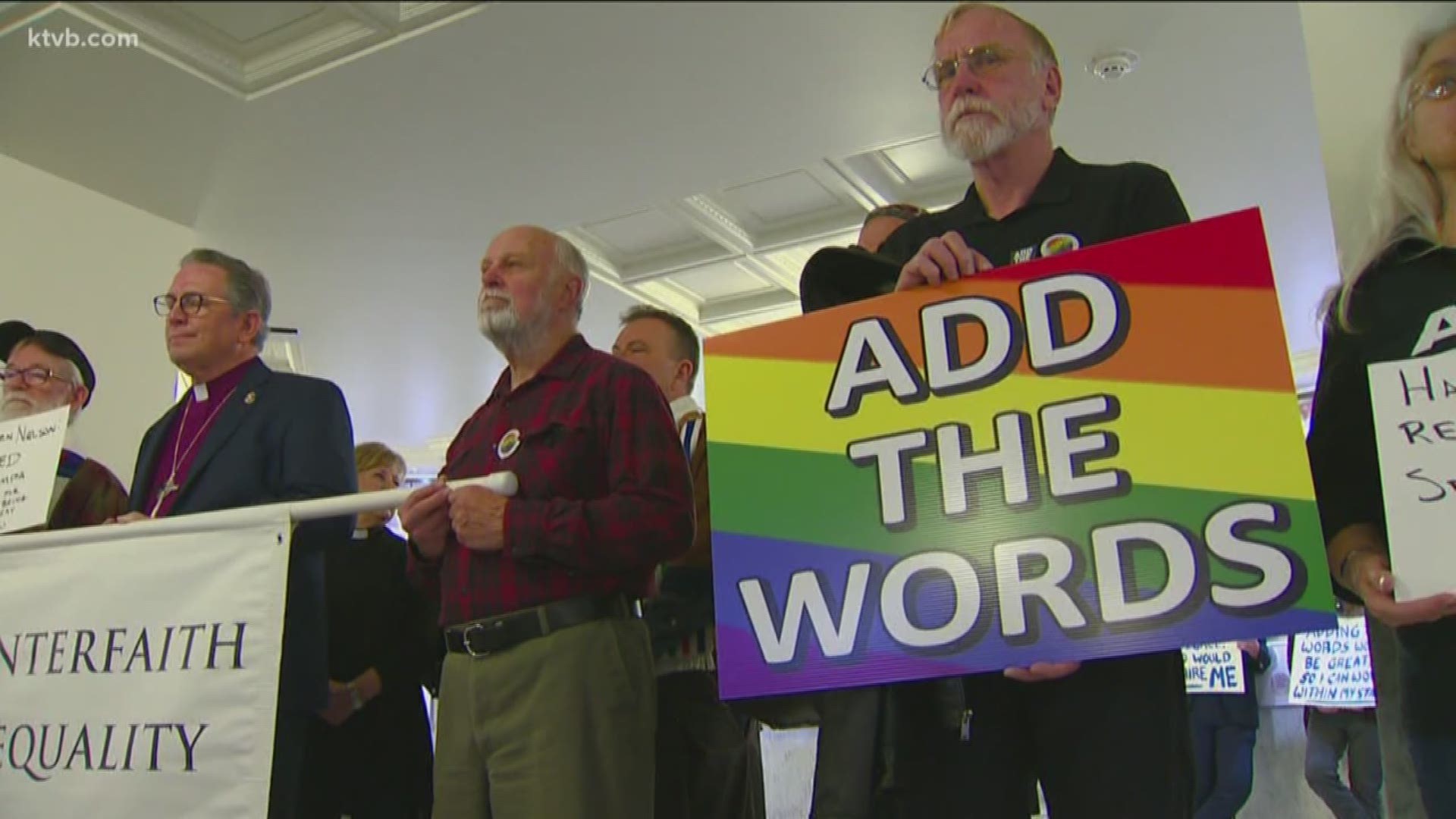 They say by putting 'sexual orientation' and 'gender discrimination' in the law, it would protect the LGBTQ community from discrimination in employment, housing and public places.

Supporters say the awkward part in the last dozen years or so of bringing this up, they've had just one hearing.

It's never gotten out of committee or advanced past a reading.

"Idahoans and their families are desperate for the legislature to Add the Words. Protection from discrimination in employment, housing and public accommodation for all is a human right." Jordan said. "While several cities across Idaho that have ordinances prohibiting discrimination on the basis of sexual orientation and gender identity, all citizens should be protected from being kicked out of their home or being fired from their job regardless of their gender or who they love."

Twelve cities across Idaho including Boise, Meridian and Nampa have already passed some form of an "Add the Words" ordinance.

RELATED: 'Add the Words' and minimum wage rallies held at the Idaho Statehouse

You may remember that five and six years ago more than 100 protestors were arrested in the Statehouse rotunda while trying to convince lawmakers to pass the bill.

So, what would keep state legislators from at least considering Senate Bill 1226?

The state's Republican-controlled Legislature is concerned the change could infringe on religious freedoms, and without some wording to address that, they say it is incomplete.

This year, like last, all Senate and House Democrats are co-sponsoring the bill.

They hope this year the bill might actually be heard in the Senate chamber instead of just a partisan echo chamber.

“I will continue to support Add the Words legislation until all members of the LGBTQ community in Idaho protected by our state laws," Jordan said.