Lawmakers have proposed a $409,000 cut to Boise State University's state-funded budget over their diversity and inclusion programs. 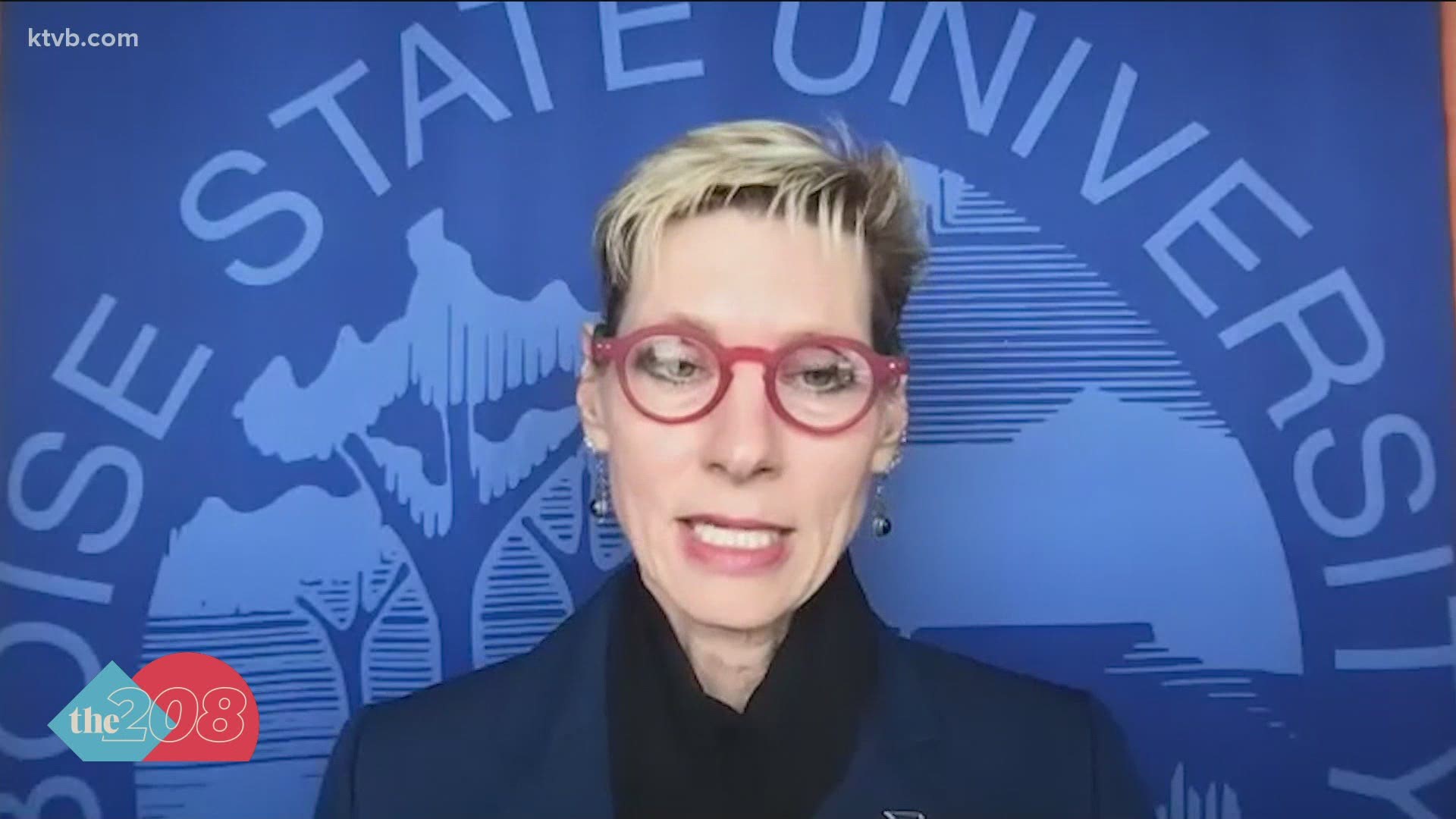 BOISE, Idaho — In 2019, 28 Idaho Republican lawmakers sent a letter to Boise State University questioning parts of their diversity and inclusion programs. The letter, written by Rep. Barbara Ehardt, indicated that lawmakers felt diversity and inclusion programs are focusing too much on social justice and taking away from the intended educational purpose of universities.

Some lawmakers feel Boise State hasn’t addressed their concerns, so they are taking action to cut the school’s state budget allocation.

“We do not want to appropriate funds, we don’t want funds expended for courses, programs, services, or trainings that confer support for extremist ideologies such as those tied to social justice, racism, Marxism, socialism, or communism,” said Rep. Pricilla Giddings during a March 3rd budget meeting.

The Joint Finance and Appropriation Committee voted in agreement on the sentiment. As a result, Boise State was targeted with a budget cut of $409,000.

Boise State President Dr. Marlene Tromp says even with other sources to fund the university like tuition and student fees, the cut hurts.

“When you are talking about 30,000 students and 2,700 employees, that’s a tough impact to take,” Tromp said. “What dollars translate to in a university most often is people, and so $409,000 is a significant figure because that’s a lot of potential people's salary.”

Tromp says she wants lawmakers to know the university hears their concerns about curriculum and programs on campus, but she’s not sure they have the full picture. Tromp says she has talked with critics of Boise State’s programming about the environment on campus.

“Some people have called it a marketplace of ideas," she said. "They are actually quite comfortable with the idea that students are introduced to a full range of ideas from the left and the right. They just want to ensure that all of those positions are being represented and that’s something that matters to all of us, we want to really ensure that students feel a variety of different perspectives are available to them, and we think that is often very true, and where we don’t see that we want to address it.”

Some Idaho lawmakers think the $409,000 cut doesn’t go far enough and called for more than $15 million to be cut from the higher education budget across the board.

“We should be defunding the social justice, critical race theory agendas and programing that are being advanced on our college campuses using public monies,” said Rep. Ron Nate in committee.

Nate’s comments have drawn support from those who believe Boise State is using state money to push an agenda in line with the school’s diversity, equality, and inclusion initiatives. Tromp hears the concerns but say there is something important to clarify.

“First of all, what we aim to do at Boise State is teach people how to think not what to think," she said. "That is really fundamental to what a university is. Students have to be able to make a case, they have to be able to face challenges to their own perspective.”

Tromp says she very much wants to have a collaborative relationship with Idaho lawmakers that includes critical discussions. She admits she hasn’t made the progress she had hoped to on that front because of the reality of living through the COVID pandemic over the last year.

“I would say that’s true and it has been a grief for me not to spend more time down at the Capitol this year because a lot of the questions people have raised in legislative meetings I could have answered and would have been so happy to answer,” Tromp said.

Tromp says contrary to criticism of her and the university, she does deeply care about what Idahoans and legislators think about what happens at Boise State. She says no excuses, she wants to make that clearer to those in doubt.

“I’m really going to have to give a lot of attention to our legislators so I can answer those questions directly, but also reach out to folks in the state so that they understand what our goals are what our aims are and what we are doing here on campus,” Tromp said.

She hopes to paint a fuller picture for lawmakers that she believes hasn’t seen all sides of the debate.

“I think that there has been a misperception that there is only a certain set of ideas that are being taught at Boise State, and in-fact Boise State is this rich and complex environment with so many different ideas and I think they would be delighted by many of the things they saw, they would disagree with others, and they would see our students and faculty and staff in dialogue about those ideas,” Tromp said.