In a video circulating social media, open flames can be seen in front of the Statehouse. One child can be heard saying, 'Here fire, you hungry? Here's another mask.' 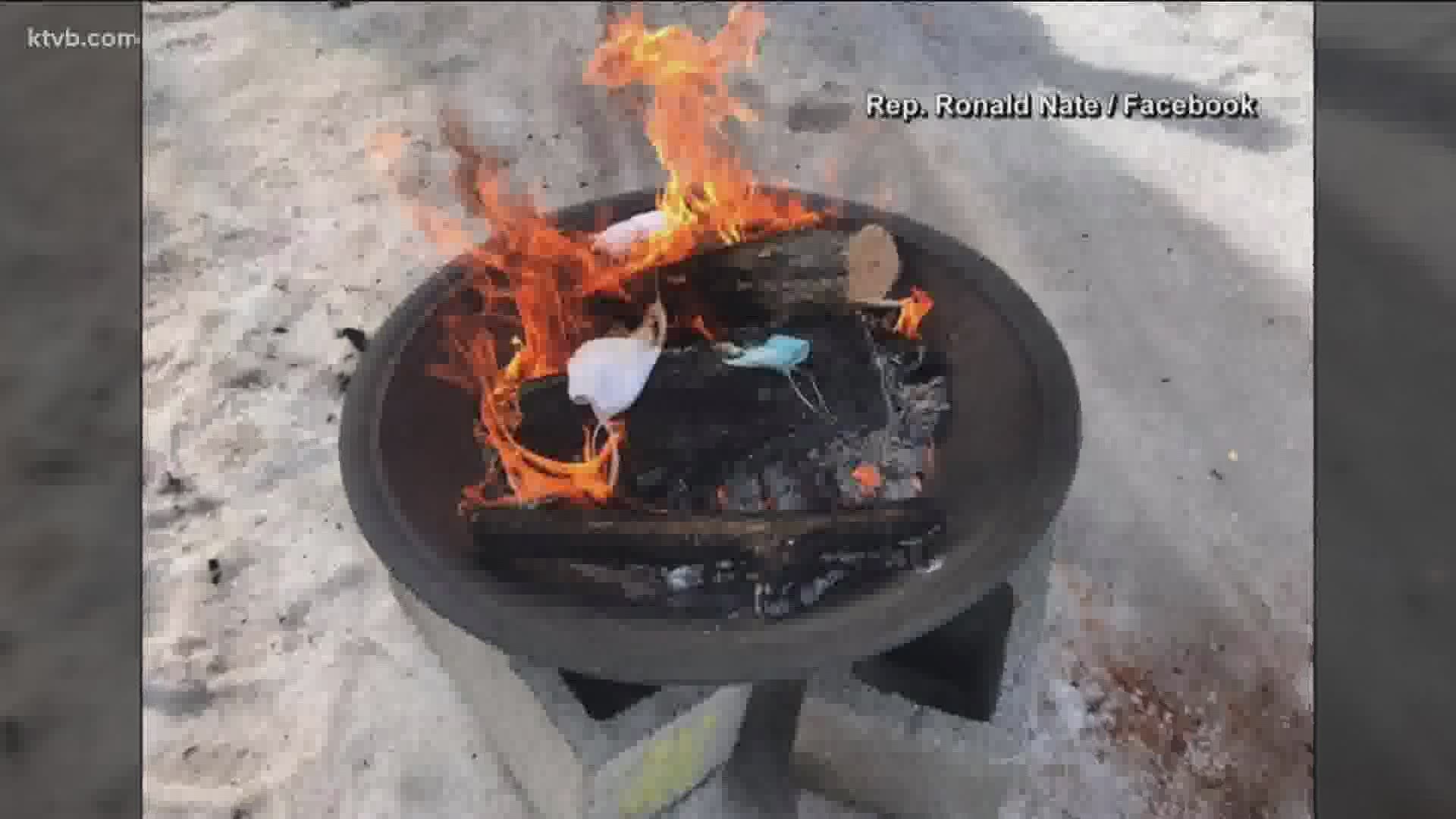 BOISE, Idaho — A viral video circling social media appears to show children and some adults burning masks at the Idaho Statehouse on March 6. The video has been viewed more than 90,000 times on Twitter.

The video was originally posted by Sergio Olmos, a reporter with Oregon Public Broadcasting.

About 100 people gathered outside the Idaho capitol on Saturday to protest mask usage, according to a report from NBC News. The report states nobody was arrested at the event.

In the video and photos circulating social media, open flames can be seen in front of the Statehouse. One child in the video can be heard saying, "Here fire, you hungry? Here's another mask."

A child says “here fire, you hungry? here’s another mask”

According to a news release, Idaho State Police (ISP) is looking into the incident

In the release, ISP stated:

Those involved with the event were informed both before and during the event that open flames are *not* allowed on State Capitol Grounds.

The rally at the Statehouse was one of many anti-mask rallies that took place across the Gem State on Saturday. One took place in Rexburg and was attended by Idaho State Rep. Ronald Nate (R-Rexburg).

Nate shared photos of the event on his Facebook page, stating mandates and shutdowns are the opposite of freedom.

There is currently no statewide mask mandate in Idaho, nor has there been at any time throughout the pandemic. Counties in Central District Health's (CDH) jurisdiction are also not under a mask mandate. CDH turned their public health order, which required masks to be worn in public settings, into a recommendation in February.