Vape shops claim there are some benefits to vaping, while doctors say there's not enough research yet to back that up.
Author: Misty Inglet
Published: 9:23 PM MDT September 12, 2019

BOISE, Idaho — The possible dangers linked to vaping, especially when it comes to underage vaping, is something that has left a debate on both sides of the issue.

On Wednesday, President Trump announced a proposal to ban all flavored e-cigarettes as a result of hundreds reportedly getting sick and six people dying as a result of vaping.

RELATED: Trump to propose ban on flavorings used in e-cigarettes

Local vape shops don't advocate vaping is "safe" per say, however they do feel it does some good for community members.

Dr. John East, a pulmonologist with Saint Alphonsus, said medically, there isn't enough research on vaping to agree with that.

“We’ve had cigarettes that have been widely spread for decades and decades here in this country," he said. "Vaping is a new phenomenon and a lot of the diseases that are associated with cigarette smoking take decades to really, fully manifest.”

So when it comes to long-term effects, East said medically, they're just not sure what they'll find out down the road. 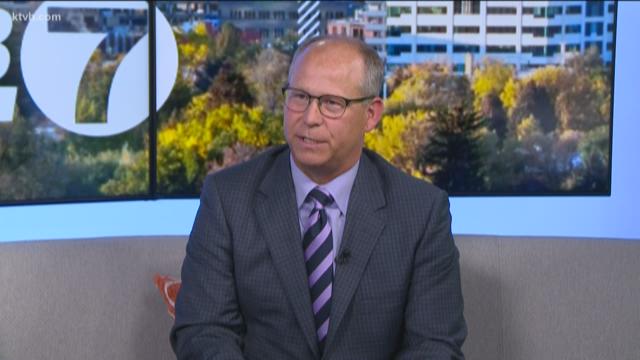 “It’s a big black box we don’t really know what’s going to pop out of in the future,” he said.

While they await more research, East said they do know enough about certain chemicals and ingredients involved with vaping to say it's definitely not healthy.

"It may be the lesser of two evils but to be selling these products as a safe alternative to smoking, is absolutely wrong," he said. "It’s not a safe substitution."

However, some local vape shops say there are some benefits to vaping, specifically for cigarette smokers who are trying to quit.

“With vaping, you do have that ability to lower your nicotine level and get all the way down to zero," said Tawni Trevino, co-owner of VaperTec. "You’re still having that hand-to-mouth action being met – that stress piece of it but no nicotine. Cigarettes you don’t have that choice – you have regular or you have lights.”

"Vaping flavors has made me stop smoking cigarettes for the past three years and I’m very happy with that and I hope to continue with that,” he said.

If President Trump's proposed ban were to go into effect, both shops tell KTVB that would leave them with only two products to sell, likely putting them out of business.

Trevino said it's not only about the economic impact, she is against the ban because it doesn't actually solve the problem.

“I do not feel this is going to help the situation at all,” she said. “We’re having these problems in the states because they’re not buying from legitimate shops where that juice has been made in clean rooms and checked and gone through processes – they’re buying this stuff off the streets.”

While Trevino did agree she sees an epidemic with teens and vaping, a ban isn't going to stop kids from getting the product.

“If we ban flavoring, kids are still going to find a way to get e-juice, it just won’t be a safe product," she said. "There won’t be any regulation on how it’s made or what’s put in it.”

Both shops are working to prevent the ban by encouraging their customers to sign national petitions or calling the White House to voice their opinions.

RELATED: 'Kids these days don't realize they're the guinea pigs of this generation': How school districts are tackling teen vaping