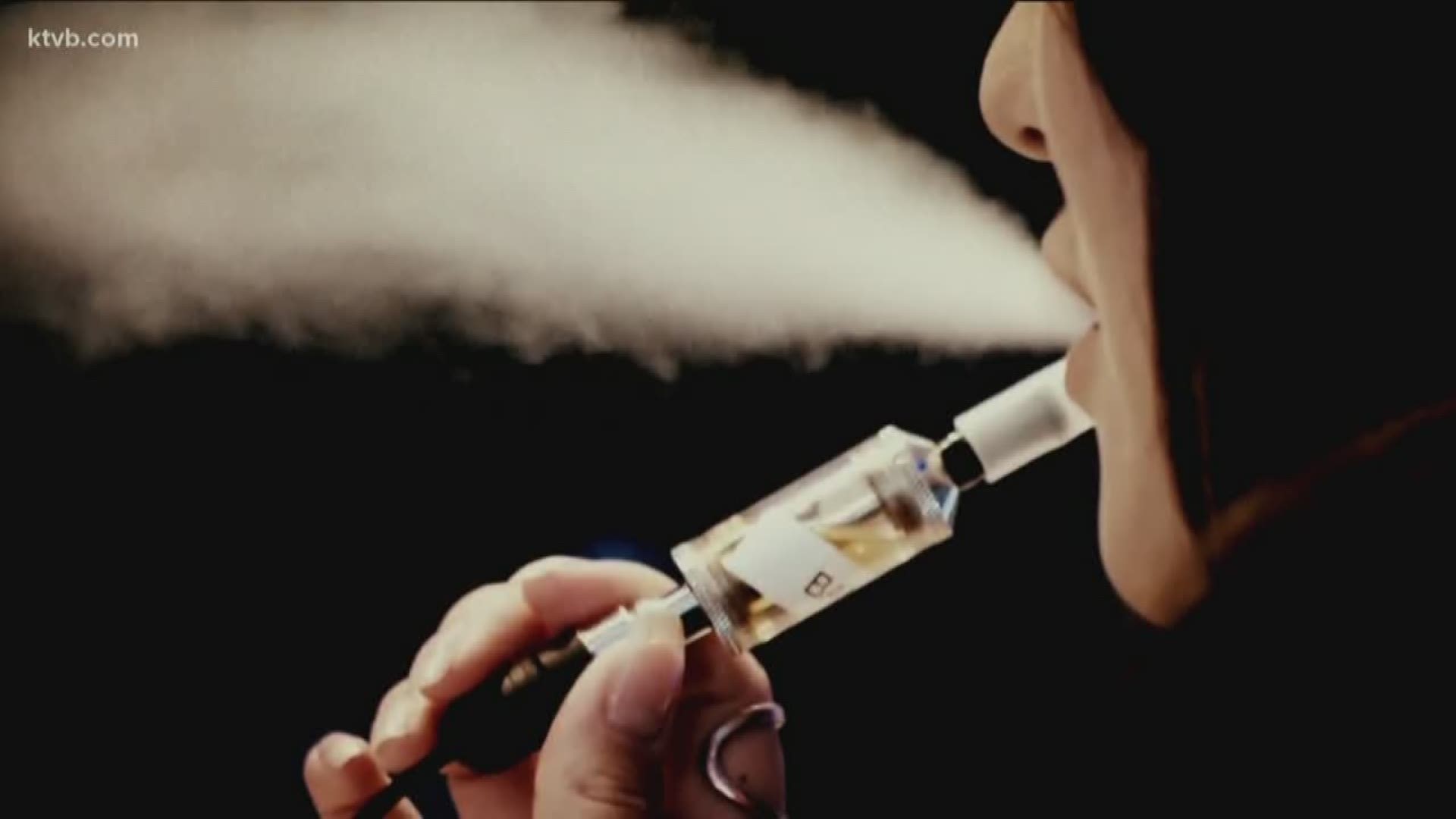 BOISE, Idaho — The Idaho Department of Health and Welfare has confirmed two cases of serious respiratory disease in Idaho tied to use of e-cigarettes and vaping devices.

The Center for Disease Control and Prevention, the U.S. Food and Drug Administration, and state and local public health agencies across the country are investigating a rash of "severe pulmonary disease" afflicting people who vape.

As many as 450 possible cases have been identified so far, with five deaths reported.

None of the deaths connected to the disease have been in Idaho, officials say. The two people in the Gem State who fell ill are recovering.

RELATED: Juul warned by FDA over claims its e-cigarette is safer than smoking

People who use vaping products or e-cigarettes should avoid buying products from the street and should not modify or add anything to products purchased in stores, the IDHW says.

Anyone who has recently used vaping products and is now having difficulty breathing should seek medical help immediately.

Doctors in Idaho have been asked to be on the lookout for signs of the disease in patients who vape.

RELATED: 'It's a big problem everywhere, it's not just here:' Treasure Valley continues to see an uptick in teen vaping

"Idaho healthcare providers are notifying us of patients with severe respiratory symptoms who report vaping in the days or weeks before they became very sick," Deputy State Epidemiologist Dr. Kathryn Turner said in a statement. "We are investigating each report and looking for things that might be common among the patients as well as asking about the types of vaping products and devices people have used to try and pinpoint the source of these illnesses."

RELATED: Illinois patient's death may be first in US tied to vaping

Health officials warned against the "dangerous misperception" that vaping is harmless. Most vaping products contain the addictive substance nicotine, which can harm developing brains when used during adolescence, as well as increase the risk for future drug addiction, according to IDHW.

"Vaping is inhaling substances into your lungs and these products are not regulated so, consumers need to be aware that there are substances that may not be suitable to inhalation and it's a risk," Turner said.

RELATED: You can't vape where you can't smoke in Boise, City Council rules

In addition, officials say, the aerosol inhaled and exhale while vaping can expose users to other dangerous substances, "including heavy metals, volatile organic compounds, and ultrafine particles that can be inhaled deeply into the lungs."

"What's really sad is Idaho went down in the rate of people who use tobacco and went up in vaping," St. Luke's Respiratory Therapist Gabrielle Davis said.

Among high school students, e-cigarette use increased by 78 percent from 2017 to 2018, according to the FDA.

Part of the appeal toward the younger audience is the fact that vaping products are often disguised as everyday products like a smart watch or inhaler. Some vapes are also incorporated into sweatshirts.