Police estimate about $1,000 in damage was done, according to volunteer and community garden coordinator Bobbie Aitchison. 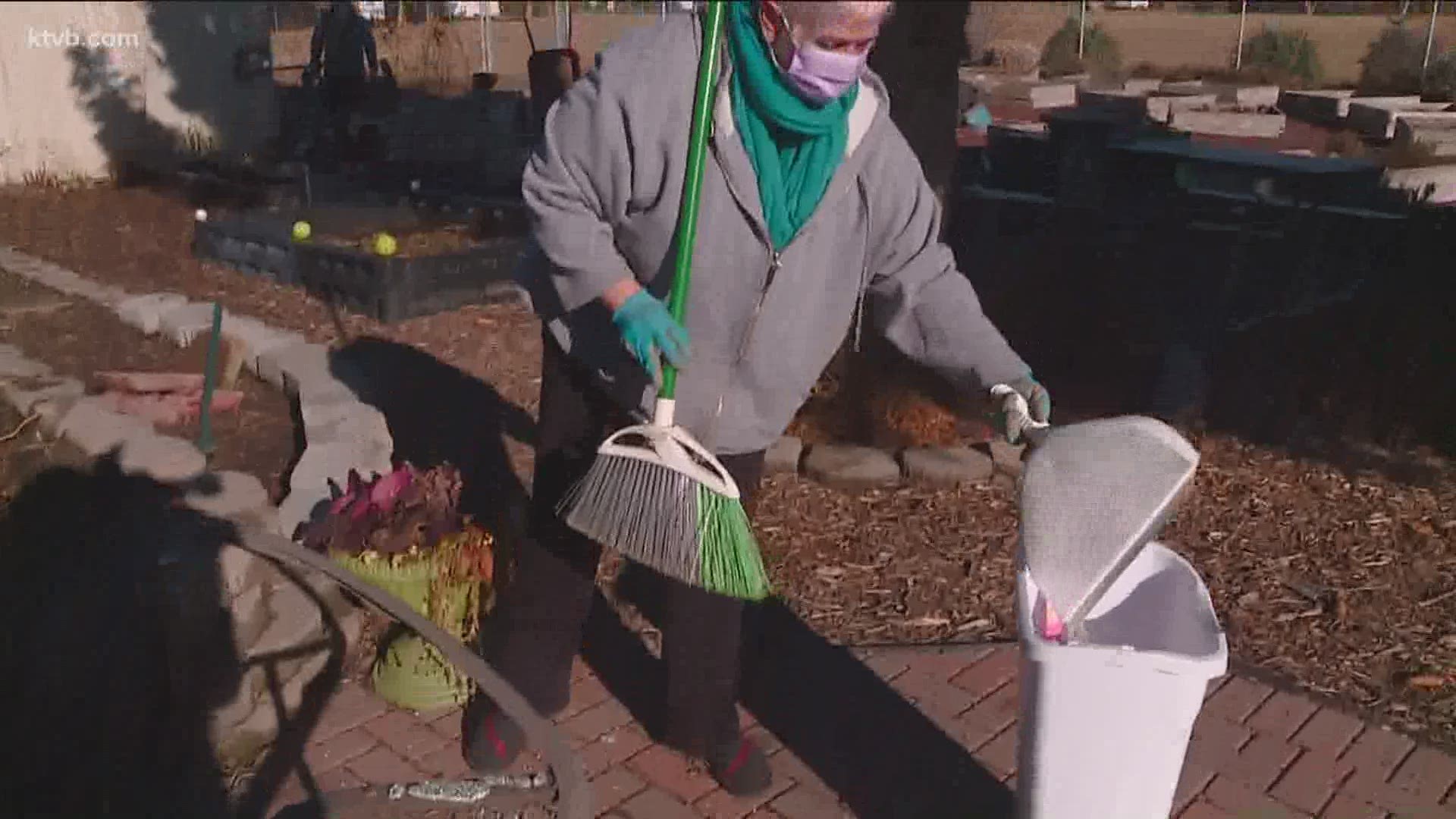 BOISE, Idaho — While some people are starting their New Year’s resolutions or at least thinking about them, some volunteers, like Bobbie Aitchison, are spending their new year cleaning at the Dr. Susan Williamson Taft Elementary Community Garden after someone vandalized it.

“It was very disappointing,” Aitchison said. “We had 20 of our 24 grow beds, the irrigation was destroyed and then several, very large beautiful expensive pots that were one of the focal points of the garden were smashed, as well as just some general destruction of stones and our communication center.”

The 7,000 square foot garden is a partnership between Boise's Taft Elementary School and the community.

“Thousands of person hours have gone into making it a very beautiful space,” Aitchison said.

As the community garden coordinator, she was heartbroken when she found out what happened.

“There's just been so much time and effort put into rehabbing this garden,” Aitchison said.

Police estimated about $1,000 in damage was done. But despite this rough patch, there's been a silver lining to all of this, the outpouring of support they've received from the community.

“Between people offering to help and donating furniture and giving some money we needed that help, but it’s very heartwarming to see how important this garden is to the members of the community, we're grateful,” Aitchison said.

If you’d like to get involved with the garden or help, find out how here.