Around two months after Boise rolled out a new recycling program, they're making adjustments and seeing success. 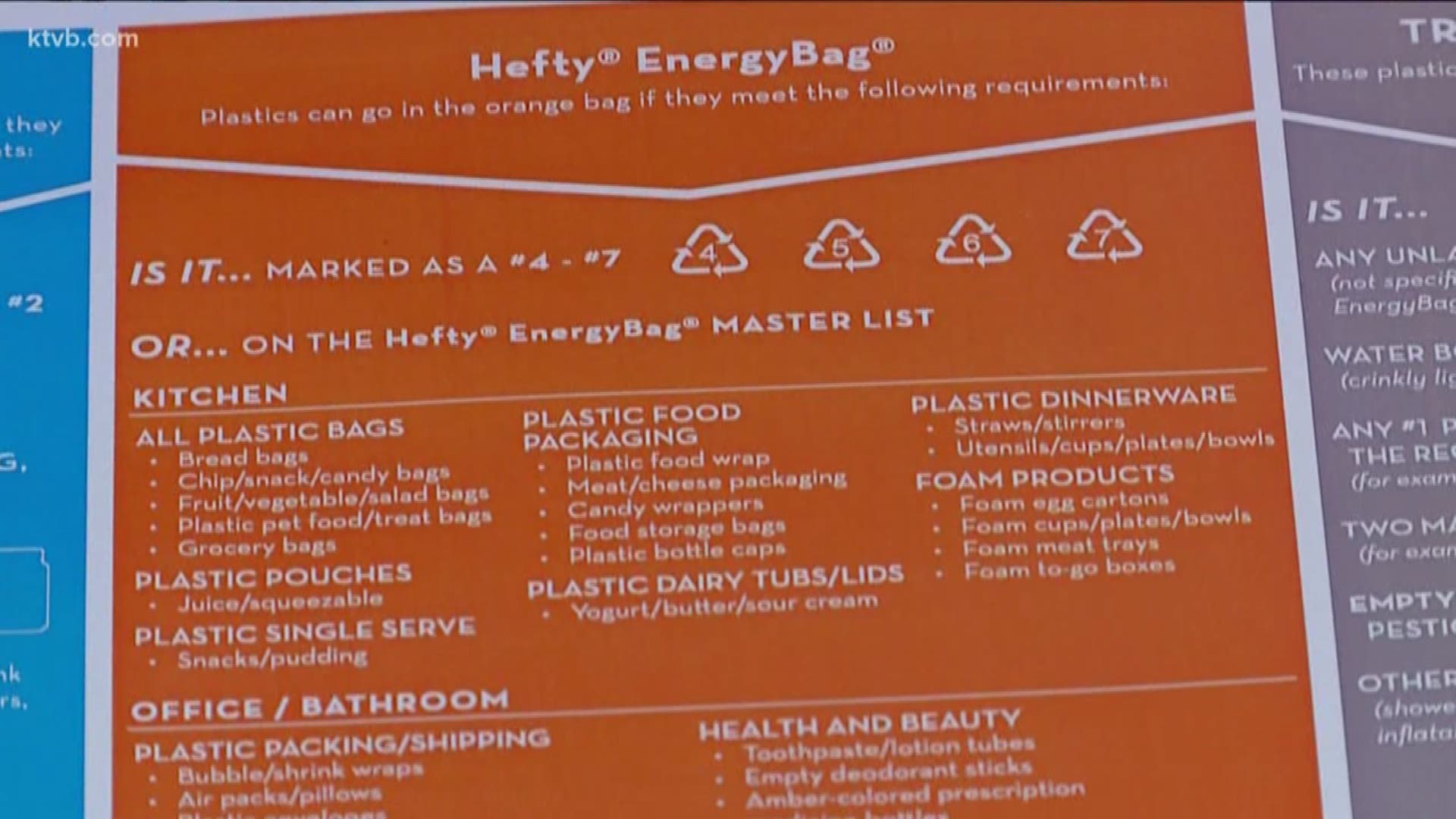 BOISE - Recycling in the Treasure Valley and around the country has gone through a major upheaval in the last couple of months after China announced it would stop accepting the majority of recyclables.

The United States used to ship 4,000 shipping containers full of recyclables to China each day, but that stopped January 1.

That left American cities with the choice to either send recyclables to the landfill or find a new solution.

The City of Boise went with the second option and rolled out the Hefty EnergyBag program, which sends some plastics to Utah to be turned into fuel. That process hasn't come without some confusion and growing pains, but Colin Hickman with the City of Boise Public Works Department says Boise residents are on the right path.

"It looks to me like it's getting better and I think the overall quality of our plastic has improved quite a bit," said Rick Gillihan, general manager of Western Recycling. "I like what I'm seeing so far definitely."

Shortly after we first dove into the city's Home Reference Guide there was an audit done at the recycling facility to see how the program was doing so far.

Around 100 orange bags were combed through to check out the quality of the plastics inside. City officials found some common mistakes.

"Definitely want no number 1 plastics in the bags," said Hickman. "Then paper and metal, interestingly enough we found some paper and metal in there."

When the city introduced this program, they knew there would be initial confusion and they knew they would need to roll out adjustments to the first reference guide.

The newest guide comes with a major change. Those numbers you see on the bottom of plastic products are now also listed to help residents determine what plastics go where and to eliminate any confusion.

Your Guide to Managing Plastics by Sean Deter on Scribd

"Any item that's marked a number 1 or 2 on the bottom and is shaped like a jar, or a jug, or a bottle we want in the blue cart loose," Hickman said.

Typically anything marked 4 through 7 is good to go in the orange bags. If you're not sure where something should go, it's best to toss it.

"As backwards and frustrating as that sounds it's really important to the quality of the recyclable material," Hickman.

Hickman says water bottles may be tricky. The bottles that can easily be flattened need to go in the garbage. Water bottles made out of a more sturdy material will need to be checked for a number.

The program is just about two months old and the first truckload of full orange bags has made its way down to Salt Lake City, Utah.

"We've collected about 54,000 pounds of non-recyclable plastic you think about how lightweight plastic is that's an amazing amount of material," said Hickman. "At it's most basic level that's 54,000 pounds of material that would've been buried in the landfill forever and now is going to be given new life be beneficially reused."

Hickman says once residents get a better handle on this new guide and all adjustments are made, they will start focusing on ways to reduce the amount of plastic products that people buy.