What goes where? How to navigate Boise's new recycling program

The new recycling program in Boise called "Hefty EnergyBag Program" has caused some confusion, but city officials hope it will make a positive impact on the environment. 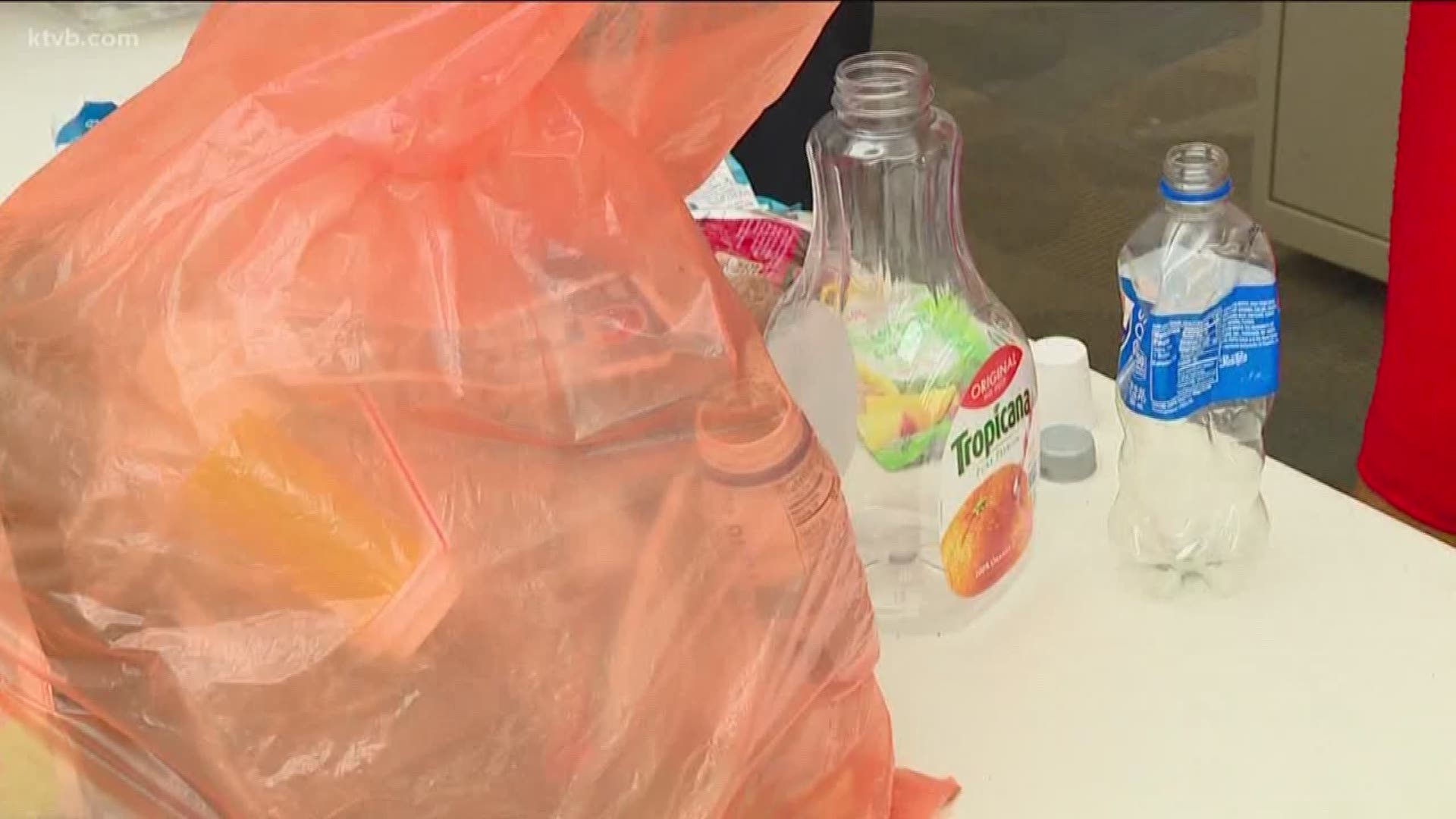 BOISE - If you live in Boise, you may have gotten orange Hefty EnergyBags and a recycling guide delivered to your house and wondered what to do with it.

If you're confused, don't worry you're not alone.

This new program is all about what types of plastics are now being accepted as recyclables.

"I dug through my recycling bin pulling out the stuff I was used to putting in there and put it in the orange bag and vice versa," said Boise resident Lissa Beebe.

It's a program that has been in the works for months after China announced a stricter ban on plastics.

"That kind of sent shock waves throughout the recycling world," said Colin Hickman with City of Boise Public Works. "Cities like Boise across the country were left scrambling."

The city had to make a decision: Send all the plastics that are no longer allowed to the landfill, or find a new way to recycle.

"The big challenge we have is people putting in the wrong things in their containers," said Rick Gillihan, Manager of Western Recycling.

The program hasn't come without bumps and plenty of questions.

"We're asking folks when in doubt, throw it out," Hickman said.

The home reference guide lists some common household plastics that can go into the orange bags, what goes into your usual blue recycle bins, and what gets tossed in the trash.

"We reference it before we do anything with any garbage or recycling materials," said Boise resident Marisa Allen.

Hickman says the most common mistakes have to do with grocery bags and plastic food wrap.

"This is one of the worst problems that they have, winding up in the blue cart because it gets caught up in the machinery," Hickman said.

Boise's recycling facility was never able to accept those types of plastics before, but now they can go in the orange bags.

Toothpaste tubes, empty deodorant sticks, and plastic lotion tubes can go in the orange bag as well, but Hickman says shampoo and conditioner bottles are case-by-case so call them to make sure they're going to the right place.

Another confusing plastic - hinged-lid containers. Those go in the trash along with water bottles, which is different than we're used to.

When it comes to paper, metal, and cardboard, nothing has changed.

"Focus on quality not necessarily quantity," Hickman said. "Focus on the items that you use the most and make sure those go in the right spot."

With a new program like this, there is going to be a learning curve for everyone involved.

"I'm an avid recycler so I'm determined to figure it out," Beebe said.

"When faced with whether something be a little bit confusing to start with or landfill all of this material, we'd do that any day of the week," Hickman said.

Once the orange bags are picked up along with the recyclables, they will go to Salt Lake City, Utah, where the plastics will be turned into diesel fuels.

Throughout this process, the city has hosted several open houses for residents to ask questions about specific plastics and they are encouraged to continue to asking questions.

Hickman says they have already started working on a second round of communication as more questions come up, and as they clarify more plastics.

If you have a question about whether or not you should have received your orange bags, or what to put in them, contact the Boise Curb-It team here. They hope to distribute all of the bags by next week.

Once all single-family homes are up-and-running with the new program, officials hope to then move on to commercial businesses and multi-family homes, including apartment buildings.