On Friday, the Boise Fire Department swore in 21 new recruits in the largest graduate academy in the department's history. 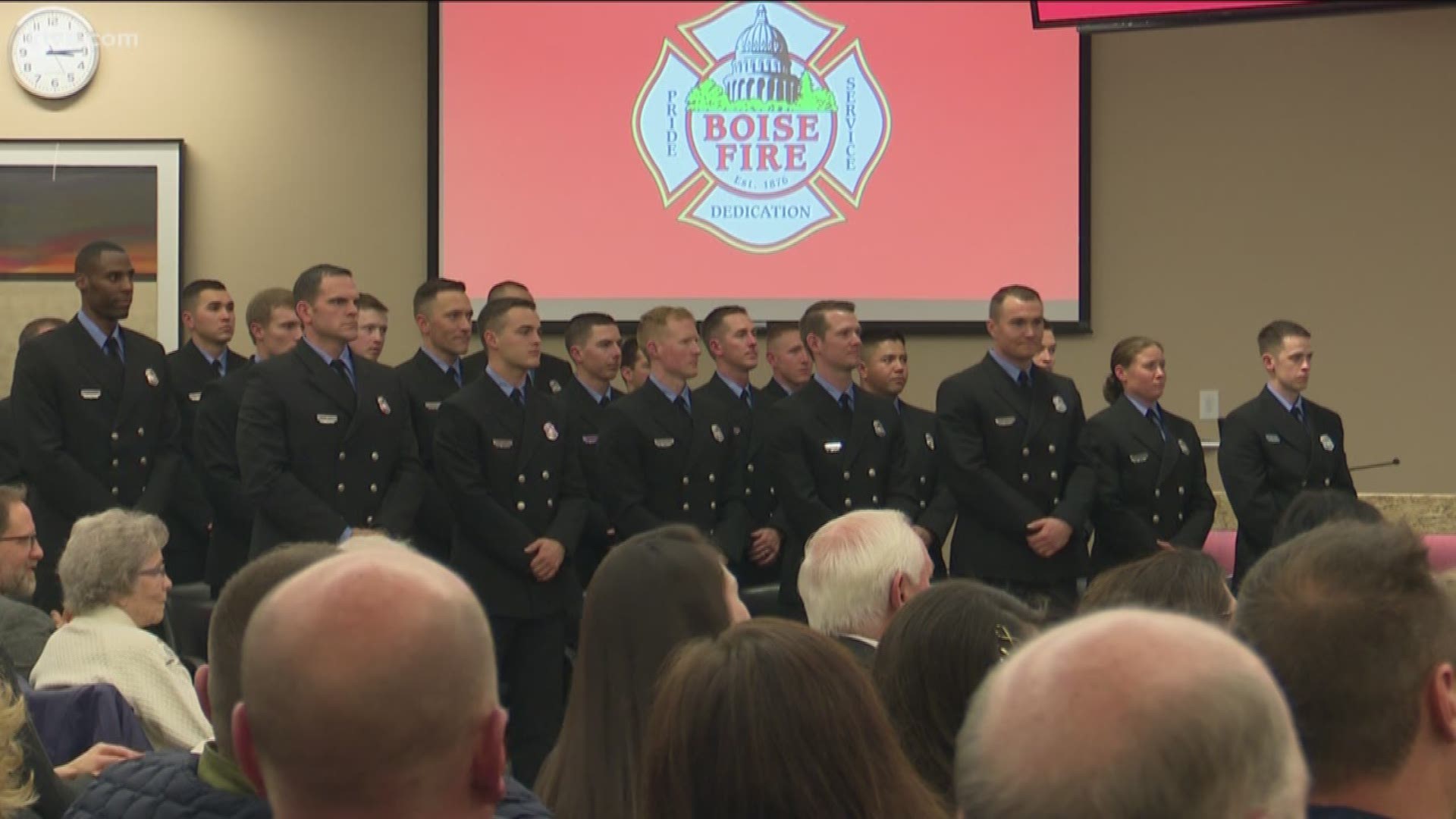 BOISE, Idaho — The Boise Fire Department welcomed 21 new recruits on Friday in the largest graduate academy in the department's history.

Twenty men and one woman were sworn in as the department's 33rd graduating class.

Chief Dennis Doan said there were 800 applicants for the academy but only 21 passed all stages of training.

The recruits went through 20 weeks of intense fire and EMS training, which included multiple types of rescues such as water rescues and vehicle extrications.

In 2019, Boise Fire has had 21 retirements, as well as 15 the year before. Doan said with more people moving to Boise, that leads to more fire stations and a growing need for more services.

“I was hired 29 years ago and in that [entire] year, we hired about 35 firefighters so it’s changing course and all those firefighters are retiring," he said. "So it’s just been a huge turnover. And when I was hired and we had that large academy 29 years ago, they had nine fire stations and now we have 17.”

Doan said the department plans to hire another 18 firefighters in about three months.

The recruits say making it through the academy came with its challenges.

“The toughest part is that I’m the smallest person in this class," said Brandi Dee. "And when you have somebody like Jason Ellis who is 240 and 6’7” it’s a bit of a challenge to perform at the same level.”

Another recruit, Ethan Danielson, said the hardest part was just the amount of time that went into training.

“Probably just the length – a very long time," he said. "What made that long academy easy were the men and women that were in it with me, made that very enjoyable.”

Regardless of challenges, the recruits agree it was worth it.

“Today I think has been full of a lot of emotion, it’s definitely surreal being here,” Dee said.

Danielson agrees and said he's ready to start serving the people of Boise.

“It is an absolute honor and a pleasure to be part of the Boise Fire Department and to graduate with the class of 33,” he said.

RELATED: Boise Fire's newest recruit academy to be put to the test