Crews from Treasure Valley fire districts in Sand Hollow, Emmett, Parma and Weiser left Monday to help with the fires. 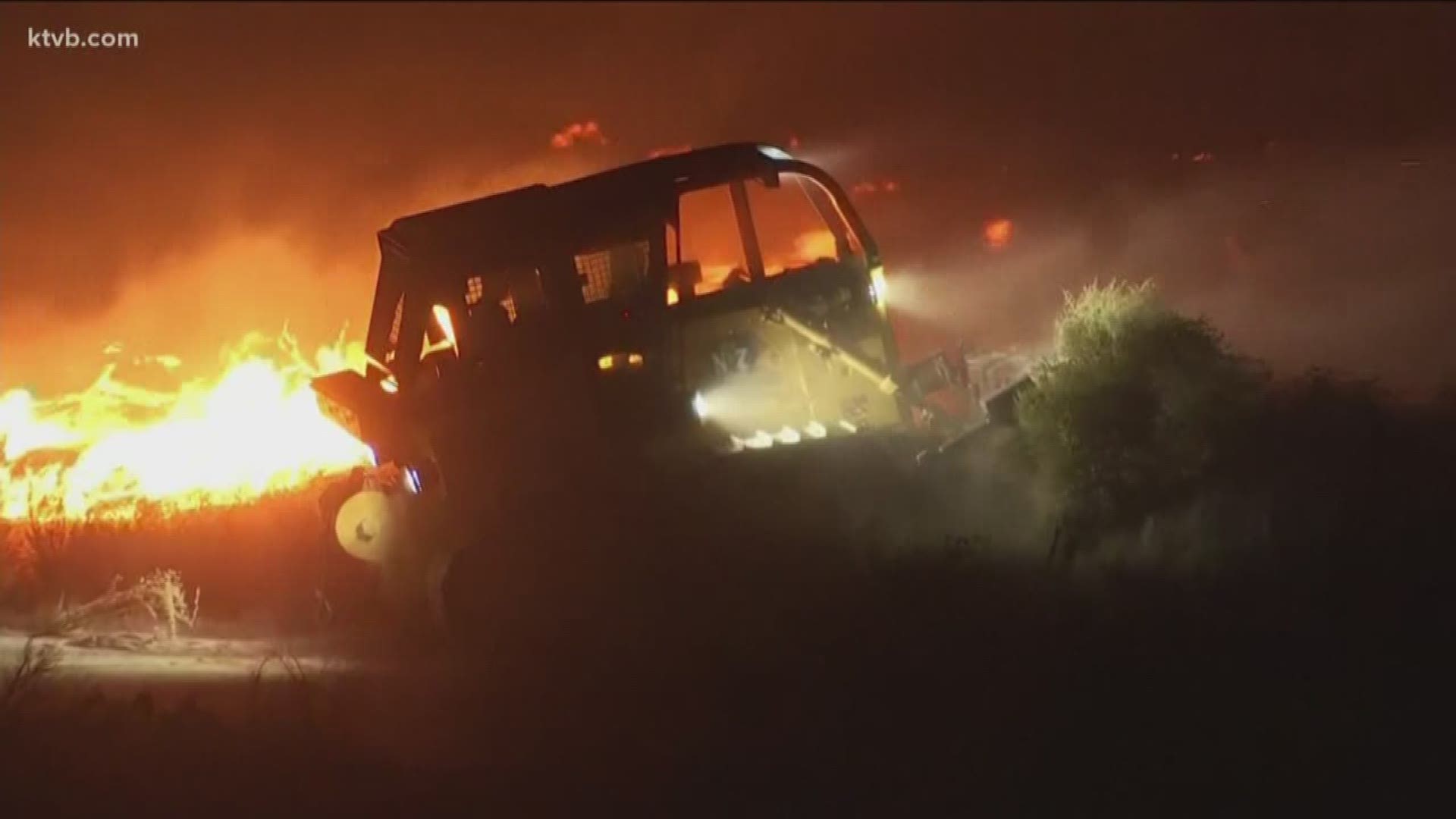 SAND HOLLOW, Idaho — The wildfires in California continue to rage, forcing thousands of evacuations and burning hundreds of homes. Millions of people are also without power.

With the fires continuing to grow, and the situation becoming increasingly dire, the state has asked for help and more resources to get a handle on the fires.

On Monday, the Idaho Office of Emergency Management asked available crews across the state to help out. And some crews from the Treasure Valley area are answering that call.

Four rural fire districts banded together to send a team of 17 personnel, and on Monday afternoon the group hit the road for Southern California.

Those fire districts include Sand Hollow, Emmett, Parma and Weiser. All are made up of largely volunteer firefighters.

“What we actually sent was what we call a task force," he said. "So a task force has got structural engines and brush trucks both and just whatever the need arises [they're ready for].”

Currently, California's need is simply more resources, so the state contacted the National Interagency Coordination Center, which looks for as many nearby, available resources to send.

“So how it generally works is the United States is divided into geographical areas," said Carrie Bilbao, with NIFC. "So when a geographical area becomes taxed with too many fires and not enough resources, they will look to expand and get resources from other areas.”

According to the Boise-based National Interagency Fire Center, as of Monday morning, 57 fire personnel from Idaho have responded. Several resources have also been sent, including 12 engines, one water tender and one aircraft.

Those numbers don't include the Sand Hollow team that left in the afternoon.

“Obviously we want to do whatever we can to help – that’s what we’re here for,” Robinson said.

Robinson added that the deployment created a "balancing act" between sending crews out of state and leaving enough resources to cover emergencies at home.

Many other Treasure Valley fire departments KTVB contacted said that's why they can't send crews - there's not currently enough available resources to do so.

But Robinson said the crews from the Sand Hollow team were able to make it work.

“It is a challenge. One thing I have going for me is we do have a fairly low call volume compared to Meridian and Nampa, [departments] that have a huge call volume," he said.

According to Chief Robinson, the trip is a great opportunity for the crews to gain more experience in wildland firefighting and he's honored they can be a part of it.

“I think it’s amazing, I really do," he said. "It’s exciting for me to be able to say that my small department that runs an average of 120 to 130 calls per year is able to send two crews down and still maintain full coverage in my district.”

The team is expected to arrive in California on Wednesday and will be deployed for two weeks. This is Sand Hollow's fifth time sending a team to California to help during wildfire season.

According to Robinson, the Office of Emergency Management was hoping to get at least 15 Idaho task force teams to go.

Nampa's fire chief says they are working on getting another team together and hope to have enough crews to send a team on Tuesday.

Other places from around the state who have also sent crews include Idaho Falls, Madison, Gooding, Rock Creek and the Sawtooth National Forest.