At a public meeting Thursday night, some community members expressed concern about noise and safety if the jets come to Boise. 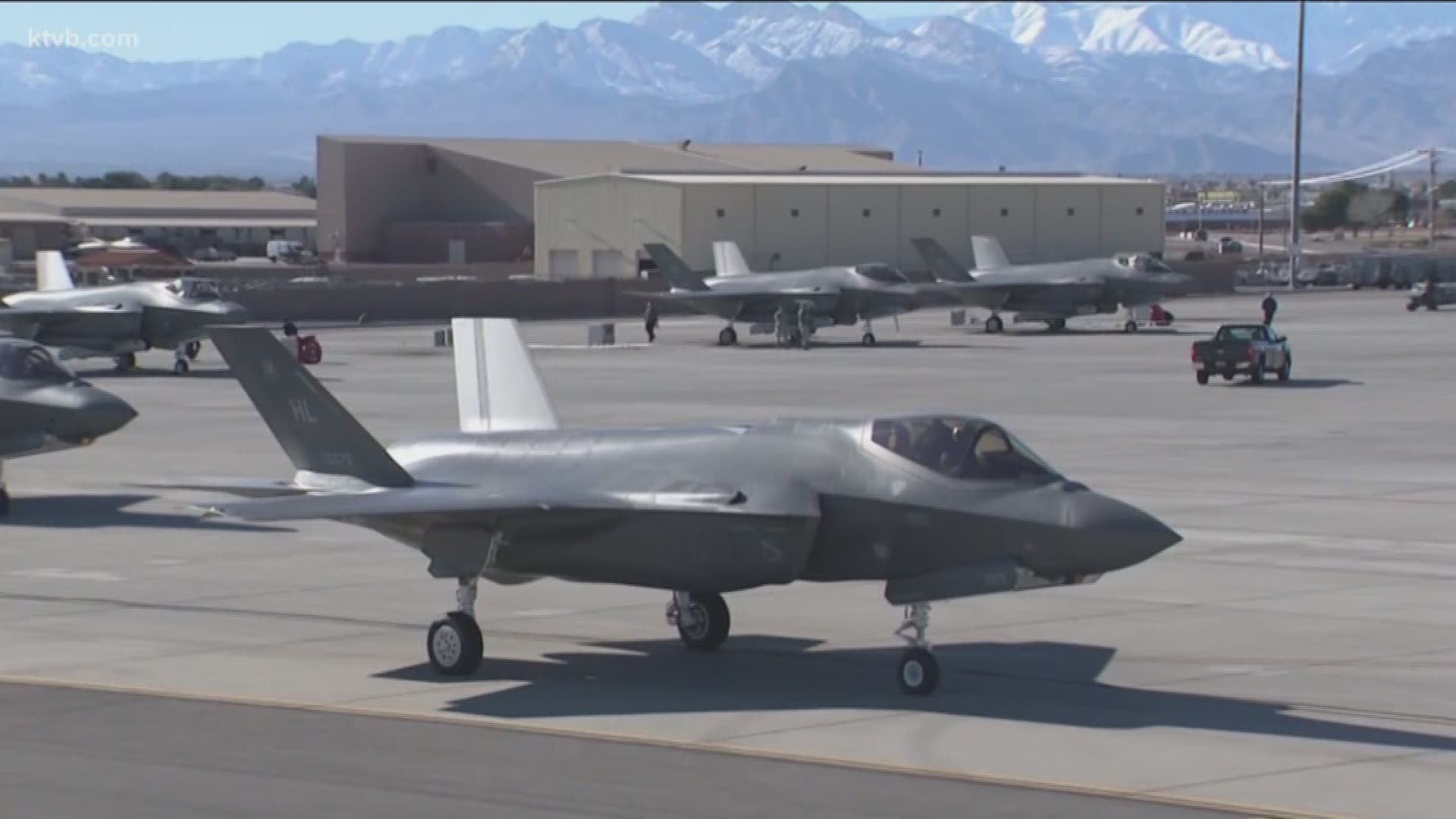 BOISE, Idaho — Boise is on the short list as one of five possible cities in which the Air Force could decide to bring F-35A fighter jets.

Boise is one of five alternative locations being proposed to house an F-35A squadron. Though a base in Alabama was selected back in 2017 as site for F-35A missions, Boise could still be one of two backup locations chosen to house the same jets.

Thursday night, representatives from the Idaho Air National Guard held a public meeting in Boise for residents to talk to Air Force officials and submit public comments about the proposal to bring in F-35A jets.

The Idaho Air National Guard is a reserve component of the U.S. Air Force based at Boise's Gowen Field.

“The Idaho Air National Guard has been flying fighters out of Gowen for over 70 years,” said Lt. Col. Chris Borders, public affairs officer with the Guard.

Currently, Gowen has 18 A-10 jets that perform flights two times a day and fly out for training. Borders said that process wouldn't change with F-35A jets - they would simply swap out the A-10s for the F-35s.

A lot of residents turned out for the meeting and voiced several different concerns with that idea. The most common concern is the noise caused by the high-tech fighters.

An environmental impact statement shows in Boise, 272 households and more than 600 residents would be directly affected by noise from the aircraft.

Tom Campbell lives directly in the flight path and said his family would be directly affected.

“F-16, F-18, F-15, when they fly over and kick in the afterburners, it’s really disruptive," he said. "My grandson actually has a hearing deficit but the decibel level and the tone that the aircraft fly in are something he picks up really well and it surprises him and he starts to shake and he gets really scared.”

Based on his own research, Campbell isn't comfortable with the idea of F-35A jets coming to Boise.

“I’ve done the background on it and found out it’s the loudest fighter jet the American arsenal has and it’s far above any of the other fighter jets," he said. "The idea of those coming to the most populated city in Idaho doesn’t thrill me when I live on the flight path.”

According to Borders, F-35As are louder than A-10s but he said they do all they can to reduce the sound to residents.

“Noise contours have expanded and contracted depending on the type of aircraft that we fly," he said. "But we’ve always mitigated the sound. We have very strict noise abatement procedures that we fly by.”

Boise resident Jimmy Hallyburton also has concerns with the noise and other harmful effects it could have on certain residents - like those suffering from PTSD, which Hallyburton has witnessed firsthand.

“We were donating bicycles to a new American family, some incoming refugee families," he said. "A plane flew over, low, and the father of these children grabbed his kids and hit the deck and he stood back up and I was like, ‘What happened?’ And he says, ‘When a plane flies over like that, it means bad things.’ And we have to listen to stories like that from our community members.”

The Stop Urban War Coalition also showed up at the meeting to protest the proposal.

"There's a lot of affordable housing around the airport and that area would become nearly unlivable because of the noise," said Max Shue, a protester. "It'd also affect one of the elementary schools there."

Other concerns from residents include effects on wildlife and safety concerns over the jets.

“The other consideration is there are a myriad of problems with these planes," Shue said. "They’re frequently grounded because of technical difficulties, pilots pass out for lack of oxygen, they can’t fly in the rain or at night.”

According to Borders, the mishap rate with F-35A jets are no different than any other type of jet.

“The F-35 is a very sound, capable aircraft. Not seeing any reports that would indicate otherwise,” he said.

The reason behind wanting to bring F-35A jets to Gowen is because it's the latest in aircraft when it comes to technology and equipment. So the Air Force needs to be efficient with them.

“It’s always important to maintain a technological advantage over your enemy and this is a fifth generation aircraft," Borders said. "The F-35 is the next evolution to keep us ahead of our peers in that technology fight.”

The National Guard Bureau, a joint federal department between the Army and Air Force, has released a draft of an environmental impact study for the proposal and currently are taking public comment on it.

Comments can be submitted online here through Sept. 27.

A decision on whether Boise is selected for the F-35A jets is expected to be made in February.