An air base in Alabama has been selected as the new home of the F-35 mission. 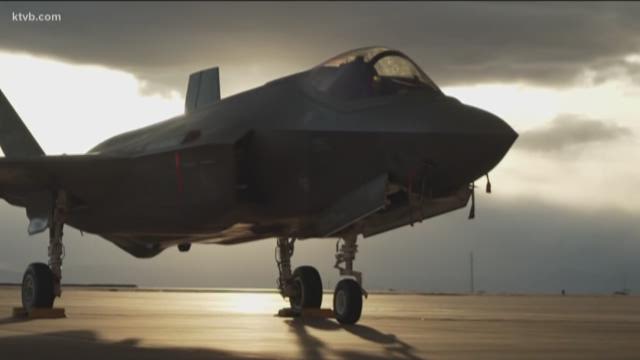 Alabama Gov. Kay Ivey announced at 11 a.m. that 187th Fighter Wing in Montgomery, Alabama has been selected for F-35 mission. The Alabama base had been vying against Gowen Field and bases in Florida, Wisconsin and Michigan for the aircraft.

"It is my pleasure as the governor of the great state of Alabama to tell you that Secretary of the Air Force Heather Wilson called me this morning to tell me that she has chosen the Alabama Air National Guard's 187th Fighter Wing here in Montgomery to be the future home of the F-35 Joint Strike fighter jet," Ivey said, to applause and cheers.

Mayor Dave Bieter said during a Thursday press conference that although he wished the outcome had been differrent, Boise had "left nothing on the playing field" in its fight to secure the mission.

"We wanted to get this round of F-35s, and we're disappointed that we didn't," he said. "But there was really nothing more - and it's even more clear in this decision - that there wasn't anything that we could have done."

The F-35 would have replaced the A-10 fighters currently at Gowen Field. The Air Force has said it will retire the A-10 at some point in the future. More than 90 percent of the roughly 1,300 Idaho Air National Guard personnel are tied to the A-10 mission at Gowen Field. Without a flying mission stationed at the base, many of those positions will be eliminated.

But Bieter noted that originally, the Air Force had planned to fold Gowen's A-10 mission by 2014 - a benchmark that has since been pushed farther and farther back.

"They tell us very clearly at the highest levels that Gowen and our airspace are so valuable that the plan of the Air Force now is to keep a fighting mission at Gowen for years to come, so that's an incredible amount of progress," the mayor said.

An Idaho National Guard spokesman said in May that the base would continue operating the A-10 program until they receive official notice to discontinue it.

Rep. Raul Labrador tweeted he was "disappointed" in the Air Force decision.

I was disappointed to learn today that Gowen Field was not selected to be the next operating location for the F-35s. Gowen Field was clearly the best choice. I will keep working to ensure that the many strengths of Gowen Field are recognized in future basing decisions. #Idaho

“We are especially appreciative of the support we have received from the community over the last year,” Brigadier General Michael J. Garshak said in a release. “From our neighbors to local business owners, from our local elected officials to the Governor's office and our federal delegation, we thank our community for helping make Gowen Field a consideration to receive the F-35.”

But some residents raised concerns about the noise levels and potential disruption that would accompany the jets.