William Borah, the Lion of Idaho, was born 155 years ago

Borah represented Idaho in the U.S. Senate for 33 years and was one of the best known orators of his time. 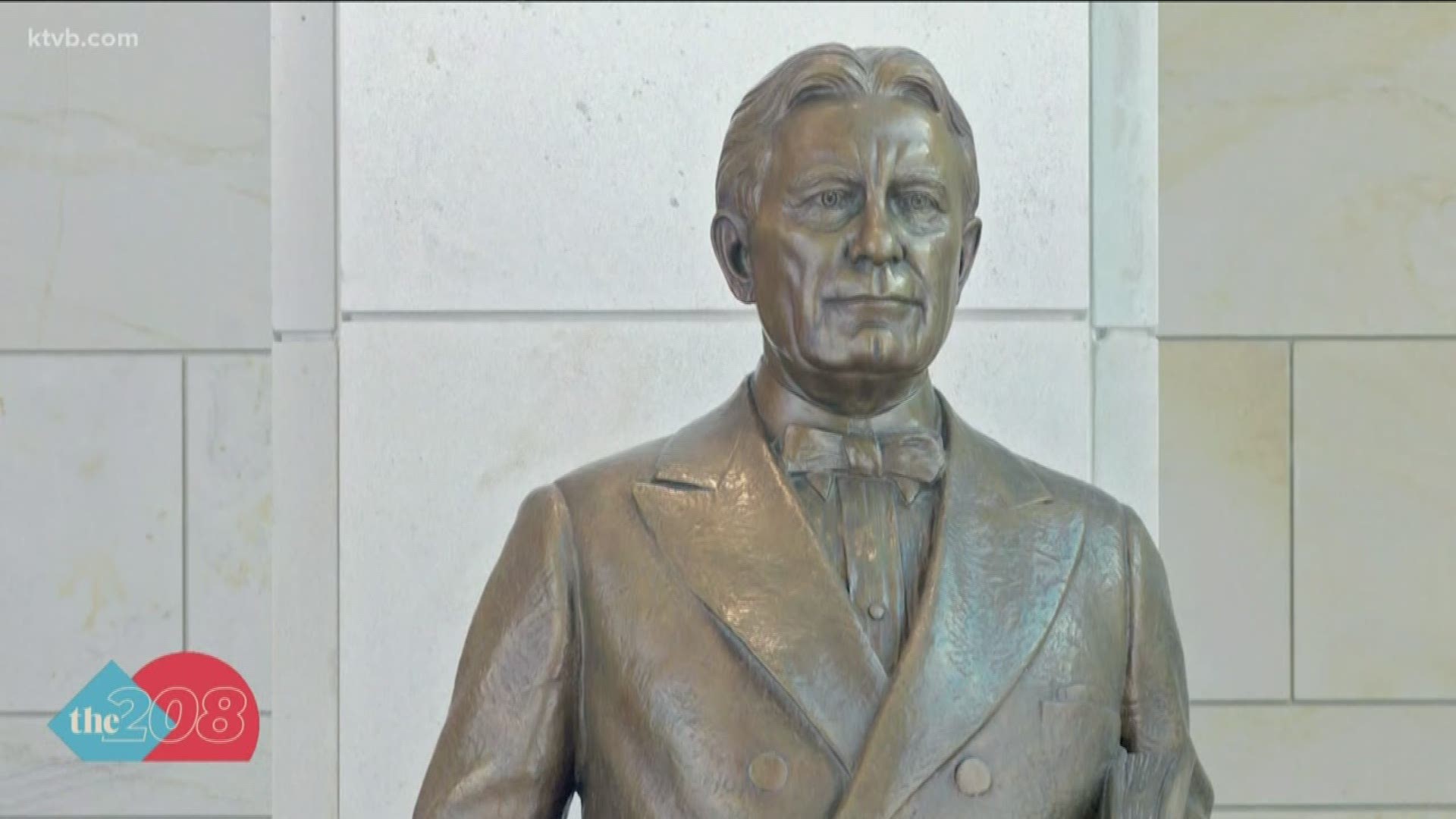 BOISE, Idaho — How many of you know who William Edgar Borah is?

Maybe you're not familiar with him, but I bet you recognize -- Borah High School, Mount Borah, Borah Park, Borah neighborhood, etc.

The senator representing Idaho for 33 years would become what Time magazine called "the most famed senator of the century."  He was known for his outstanding speaking skills and his knack for courting publicity.

"What kind of politician was Senator Borah?" asked KTVB.

"Senator Borah was a surprising senator because he had an independent streak that sometimes had him take up, what people from outside would consider contrasting positions,” said Bill L. Smith, director of the Borah Foundation, University of Idaho. “He could be someone who was both pro-business and pro-union.  And that would confuse people because typically you were on one side or the other. He was also well known as perhaps the best orator in U.S. Senate history. And so, he gained a lot of notoriety because people simply liked to hear him speak."

A statute of Borah represents Idaho in the National Statuary Hall in the U.S Capitol.

Borah played a leading role in the creation of two constitutional amendments - establishing the graduated income tax and the direct election of senators.

He's also remembered for his unwavering opposition to the 19th Amendment granting women the right to vote.

And he’s best known for his influence on American foreign policy in the years between the world wars.

"One of the things that Borah is well known is his opposition to war and is promotion of the Kellogg–Briand Pact or the Paris Treaty that tried to outlaw war,” said Smith. “And in that context, there's a lot of legacy of considering wars as not a default position, a thing that countries did out of a matter of course, but to make it a matter of last resort.  It really is striking that from World War I prior to that, that nations going to war wasn't necessarily remarkable, where it is now.  And his work to promote that, that deserves more recognition and more of a fond remembrance of someone who tried to keep the United States and other countries out of war."

Borah High School in Boise bears his name. It was the second high school built in Boise.

Borah High's mascot -- the Lions -- a nickname of Senator Borah, known as the "Lion of Idaho" for his outspoken stance on issues.  His fiercely independent views often kept him at odds with his party's leaders

And then there's Mount Borah. At roughly 12,662 feet, Borah is Idaho's highest point.

It attracts some 3,000 to 5,000 climbers a year hoping to log their name in the summit box -- an old ammo box, filled with notes, medallions, and a log book.

William Edgar Borah served in the U.S. Senate until his death in 1940 with a legacy that lives on both in landmarks and politics.

"Idaho has a outsized impact in foreign relations," said Smith.  "We are a landlocked western states. We had Senator Borah, Senator Church and now Senator Risch now is Chairman of the Senate Foreign Relations Committee. This is robust impact for a state that folks might not think of at the forefront of consideration of paying attention to foreign affairs.  But Idaho's legacy starts with Senator Borah and it continues today."