Speaker of the House Scott Bedke called Idaho's laws "inadequate" when it came to dealing with the coronavirus pandemic. 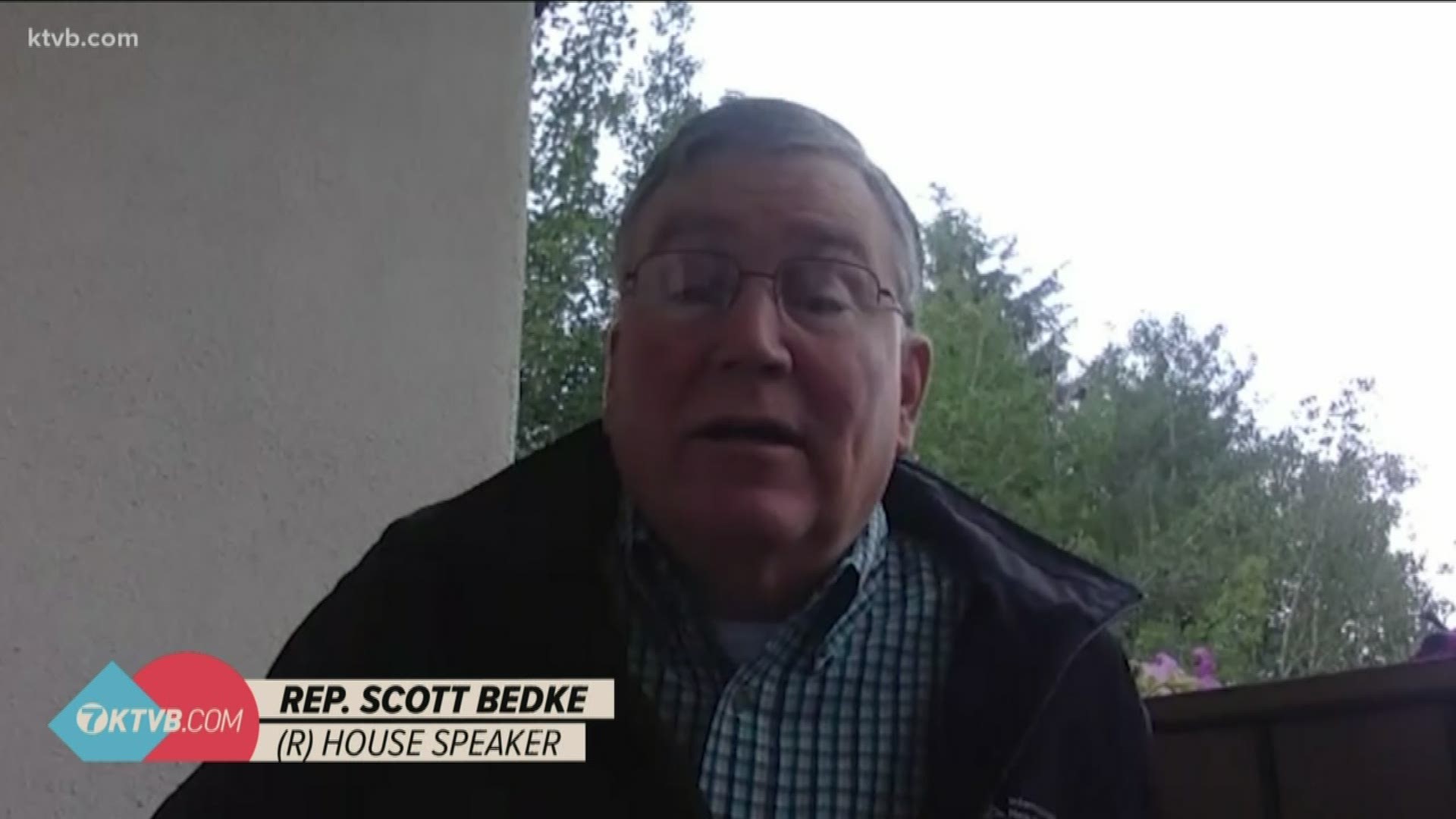 BOISE, Idaho — Republican members of the Idaho Legislature have formed a working group aimed at creating legislation to block what they consider "overreach" as the state grapples with the COVID-19 pandemic.

Speaker of the House Scott Bedke and President Pro Tempore Brent Hill are heading up the effort, which was announced Monday morning following the Idaho GOP convention.

“The past few months have taught us a hard lesson: Idaho’s laws dealing with unprecedented conditions created by the COVID-19 virus are inadequate,” Bedke said in a press release. “The Republican Caucuses of the House and Senate are working together to craft legislation that would improve Idaho’s future response should these conditions arise again.”

The working group will focus on legislation in the following six categories, according to legislative leaders:

•    Limitations on Liability for Schools, Businesses, etc., During Health Crises

Bedke expects working groups made up of already standing legislative committees to get started within the next few weeks.

“These working groups could not make the decision now, but they can draft legislation, bring recommendations to the Legislature that would start in January,” Bedke said.

A specific issue for some Republican lawmakers is how Idaho Gov. Brad Little went about distributing over a billion dollars in federal coronavirus aid.

“We don’t need to be in session for every unanticipated dollar that comes in while we are not in session, that’s not what we mean. But you’re making major policy decisions when you are spending a billion and a quarter,” Bedke said.

Lawmakers continue to call on Gov. Little to hold a special session to discuss pandemic issues.

As of Monday, Little has yet to do that.

Some lawmakers say in the future, Idaho’s governor shouldn’t hold all the cards. So, there is now a push for major change.

“A call for creating a constitutional amendment that would allow, under certain circumstances, the Legislature to call itself back into session,” Bedke said.

The goal is to pass a constitutional amendment in 2021 and have it on the statewide ballot in 2022 with a question for voters.

“Whether or not we want to do it and if we do, under what circumstances,” Bedke said.

In terms of the near future, Bedke says calling a special session is simply up to Gov. Little.

Bedke believes it’s possible and that a special session would be very specific in scope.

“This won’t be a far-reaching or broad or where every subject will be fair game. It will be very specific to the subject that he calls us in for,” Bedke said.

The budget could very well be that subject. The pandemic greatly reshaped economic outlooks.

Bedke says a special session on education or COVID business practices could trigger one too.

Whether there is a session or not, Bedke says lawmakers want the public’s input as working groups come together.

“We’ve had this in place for decades and we’ve never really stress-tested the system and now we have. There are things that we learned from that stress test that we want to implement,” Bedke said.

“This potential legislation would ensure that the people of Idaho would have their say, through their duly-elected senators and representatives, in how the state is run during trying times,” Hill said in a press release.

State representatives have been critical of Gov. Little's response to the coronavirus pandemic, and have called for a special session of the Legislature. Little has so far declined to call a special session, saying the Idaho Constitution requires a specific subject for such an action, and the lawmakers have been unable to settle on one.