Who is 'Sharlie'? A brief history of the Payette Lake monster

For nearly 100 years, the unofficial symbol of McCall has roamed the deep waters of Payette Lake. 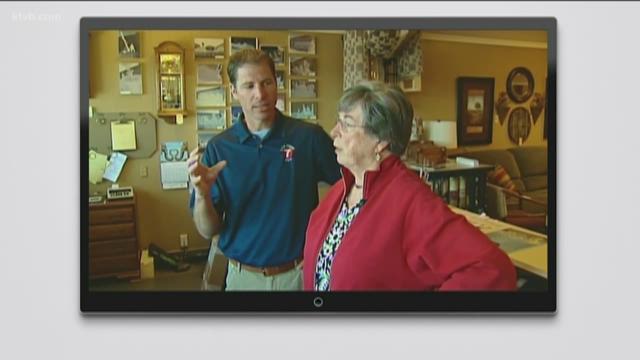 MCCALL, Idaho — The video above originally aired in 2011 during 'KTVB Live Tour' in McCall.

Slimy Slim. That's what the people of McCall used to call the mysterious lake monster that lived in Payette Lake and has been surfacing periodically since 1920.

About 25 years later, a group of people claimed they saw it too, describing it as 35-feet long, a dinosaur-type head, humps on its back and shell-like skin.

In 1954, after repeated sightings, The Star News held a national contest to rename "Slimy Slim."

According to the McCall Chamber of Commerce, the winner, LeIsle Hennefer of Virginia, wrote "Why don't you call him Sharlie?-you know, like 'Vas you der, Sharlie?'" a reference to a one-liner used by Jack Pearl in a popular radio show.

To date, there is no photographic evidence that the lake monster actually exists. But that doesn't mean she won't reveal herself during the McCall Winter Carnival, albeit in ice form.

Every year, someone builds a snow or ice sculpture to look like her. Sharlie can also be seen in Saturday's Mardi Gras Parade.

TRENDING: Development road map: Here's what's coming along I-84 from Boise to Nampa