Lowell Scott Middle School students wanted to show their appreciation for their teachers by surprising them with treats Monday morning. 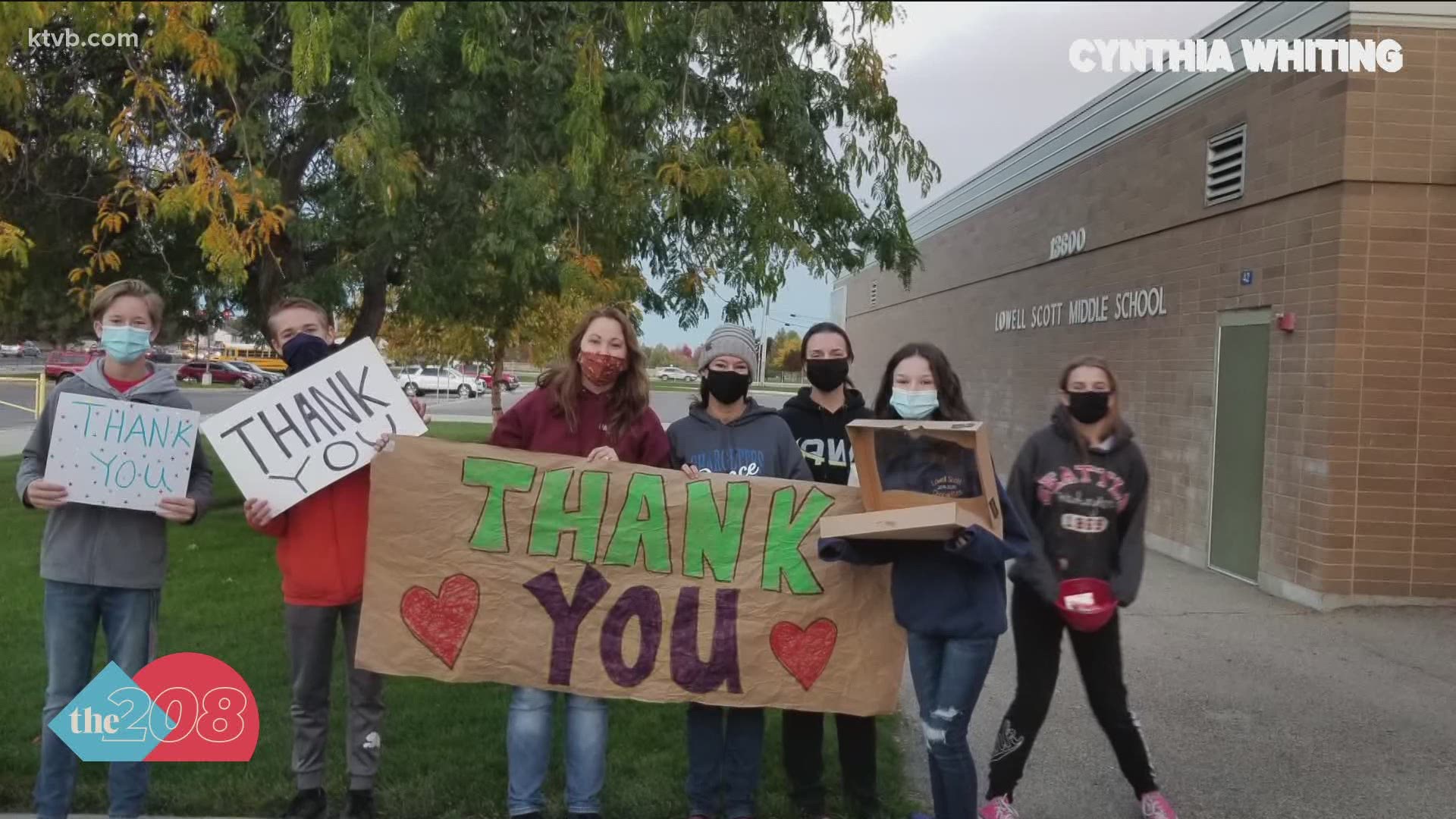 MERIDIAN, Idaho — Students in the West Ada School District got an extended weekend after classes were canceled Monday and Tuesday following a district-wide teacher "sick-out".

Over 650 teachers called in sick on Monday and over 500 called in sick for Tuesday in response to the West Ada School Board's decision to continue hybrid learning after being placed in the red category by Central District Health (CDH).

However, there are over 2,000 teachers in the Treasure Valley's largest school district, meaning over 1,000 did not call out sick on Monday and Tuesday. This inspired a group of students from Lowell Scott Middle School in Boise to show their appreciation for their educators.

Students greeted their teachers with donuts and treating in the morning and pizza for lunch.

KTVB was told this happened at other West Ada schools as well.