Ro Wiggins comes to homes to help kids train for their passion and encourages them to believe in their dreams. 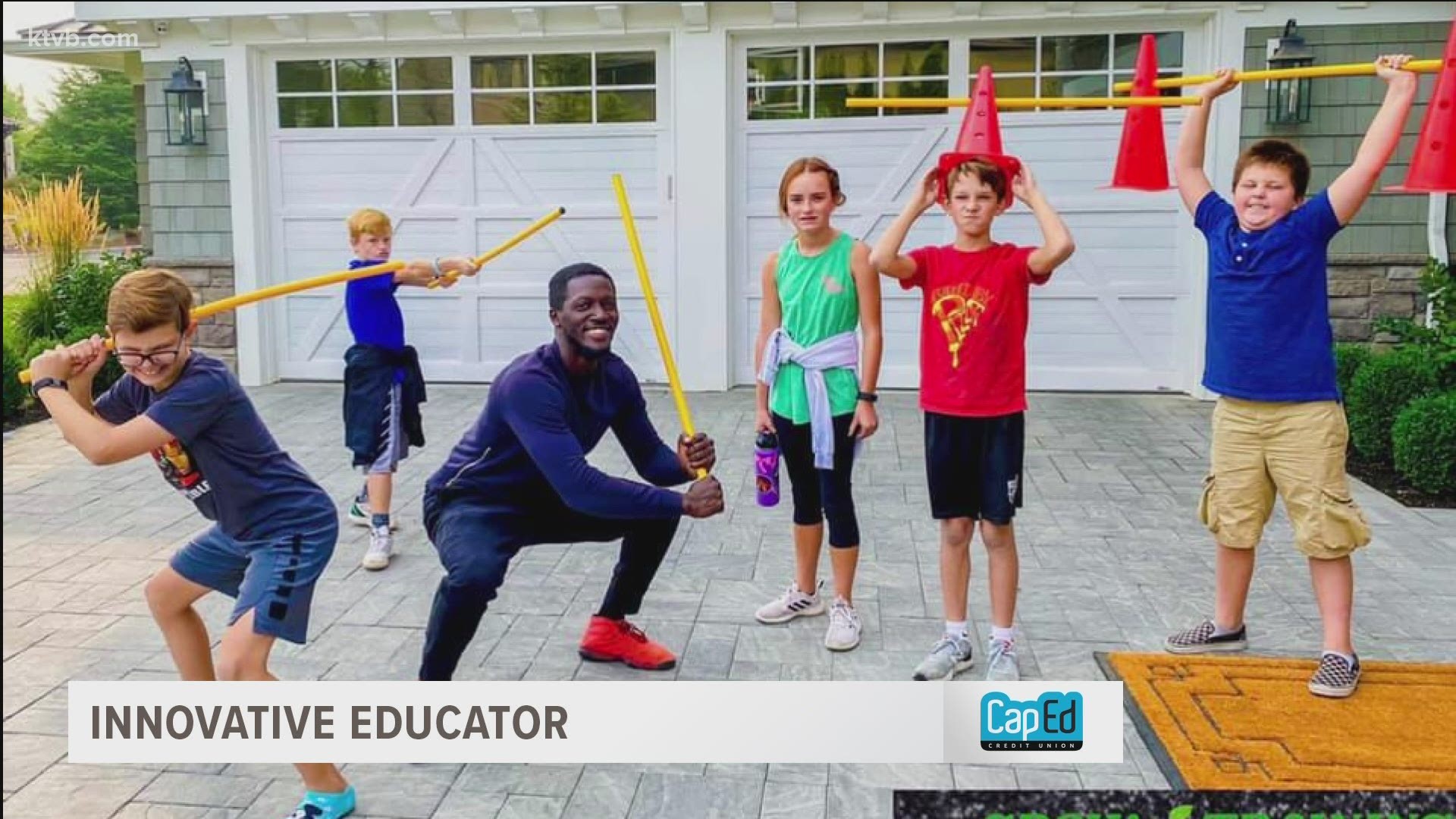 BOISE, Idaho — Sports look a lot different this year with the pandemic. In fact, so does P.E. in schools, and that's why some parents are choosing another way to keep their kids in shape.

Ro Wiggins is bringing physical education to homes across the Treasure Valley with his program, called GROw Training.

"I can't even put into words, I was working as a security guard in February in downtown Boise and now I'm pretty much too busy to do anything else," explained Wiggins.

Amy Janson, who lives in Eagle, is just one of hundreds of parents reaching out to Wiggins.

"Basically what happened was I was trolling around Facebook and saw a couple girlfriends using this trainer for their kids and I thought, 'what is this?'" Janson said. "We were just feeling like through all the COVID and all that goodness we hadn't been out doing anything, and I saw that he would come to our house which felt safer to me and I thought this will be interesting."

Janson says the training is great for her 9-year-old son, Cash, who's doing school all online right now. But, she says, there's a lot more to Ro's program.

"What I saw in the big picture was sort of a role model for him," she said. "Someone he can look up to and inspire to be like. With my work schedule and my husband's work schedule we just weren't getting that one-on-one time with him that we would like to give him, someone to devote that time, to just talk to him about what he's doing and what he wants to do with his future with football or whatever it might be. Ro really spent the time really talking to him."

Wiggins says he works to impart more than tips on exercise to the children he trains.

"I just try to incorporate my life lessons, mistakes and shortcomings to these kids," Wiggins said. "I feel like I have a positive influence over them and they listen to me, not that they don't hear it from their parents at home, but it's almost like mom and dad are supposed to say that, but oh, Ro said that.... I might need to wake up and listen to what he has to say, so I definitely have a bunch of accountability on my part to make sure I'm guiding them in the right directions."

He says the whole idea of GROw Training started while going to college in Wyoming. His host family lived near an Indian reservation and Wiggins says he connected with the kids there. Wiggins, who grew up in Shreveport, Louisiana, says he felt they had a lot in common.

"Growing up in the inner city, a lot of us wanted to train but our parents couldn't afford the training we wanted so we tried to do it ourselves," he said. "So I looked and saw myself in a bunch of these kids in Wyoming, and true enough one session with three kids turned into like three years later and 800-plus kids."

That's the reason why Wiggins says he wants to train any kid excited about the opportunity.

"I want everyone to have access to me, at least in the training sense," Wiggins said. "I truly think I'm walking in my purpose."