Sen. Cherie Buckner-Webb passes lessons of the civil rights era to her sons and granddaughter

"My journey was probably a lot easier because I was an anomaly," the senator recalled of growing up as a black woman in Boise during the civil rights era. 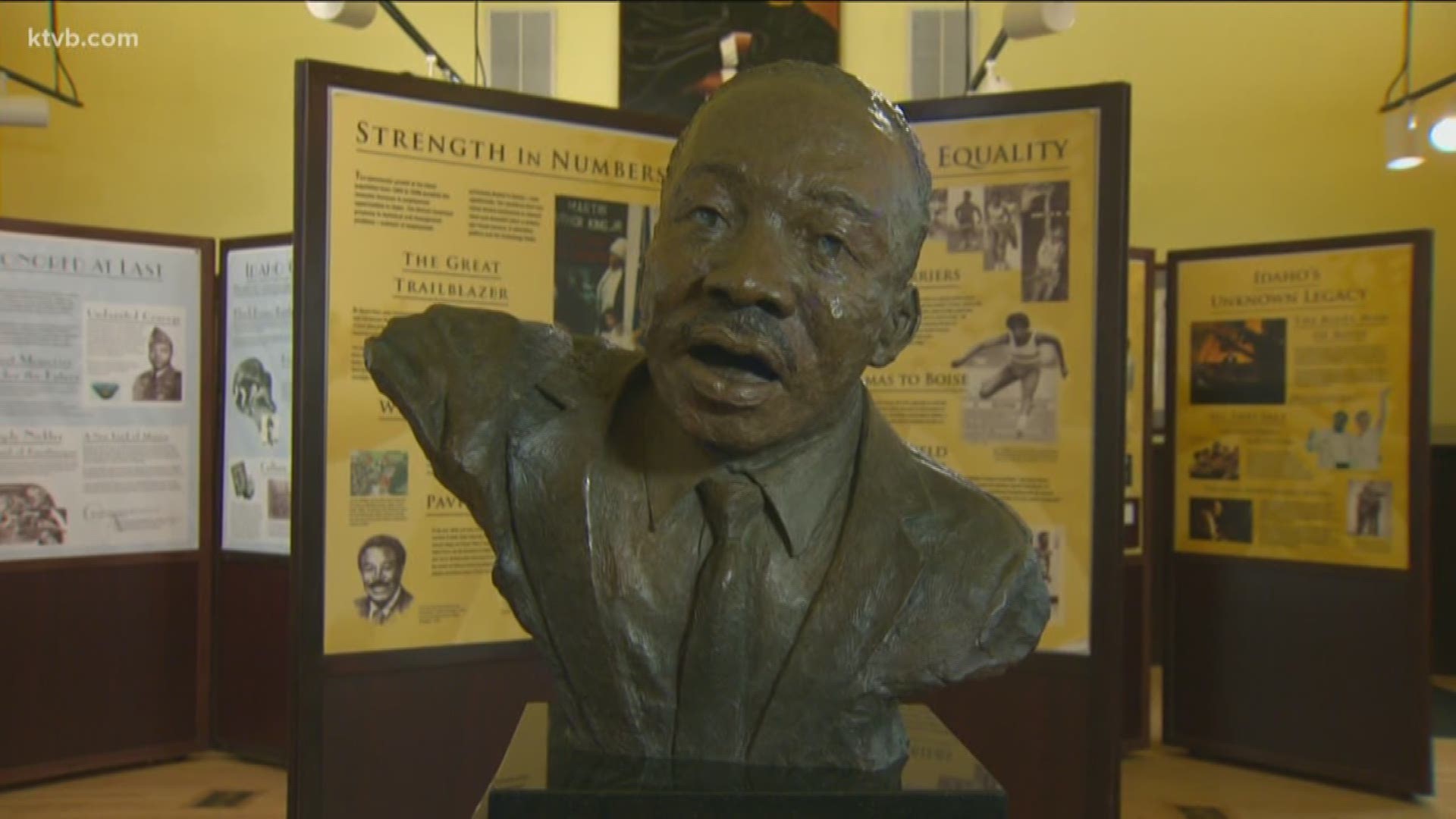 In attendance of that rally was 17-year-old Cherie Buckner-Webb, a fifth-generation Idahoan.

In 2010, she became the first African-American to be elected to the Idaho state legislature. Ten years later, she continues to fill that role, one she says she was raised to fill but says she wishes the role wasn't so solitary.

"My journey was probably a lot easier because I was an anomaly rather than a threat for most folks," she said.

While her journey may have been easier than some, she still has traumatic memories of the blatant and violent racism in Idaho.

"And I'll never forget it - never ever forget it - we were sitting at dinner, mom thought she heard something, got up for no reason, looks out the front door, tells my dad, 'There's a fire across the street in the Wade's house', my dad jumps up, runs out the front door and says, 'Uh-uh, it's a cross in our front yard and so that was one of the most significant realizations for me, at like five," the senator recalled.

The death of Martin Luther King Jr. reverberated throughout the black community in Boise and was an emotional gut-punch for Buckner-Webb. "I don't remember exactly where I was but I remember the feelings that came up with it and people gathered at our house and then the next Sunday at our church there was such an outpouring of such pain," she explained. "There was pain because with every step he took even when he was jailed, even when he gave those fiery speeches, we were there, we were here but we were there, he was speaking for all of us and I'll never forget the following Sunday it was such an emotional time."

The senator told KTVB that the first civil rights rally at the Idaho Statehouse, they had asked the flag to be lowered to half staff to honor the death of Martin Luther King Jr., but then-Gov. Don Samuelson refused to allow it. The flag was eventually lowered when Lt. Gov. Jack Murphy agreed to do it when Gov. Samuelson was out of town.

Per Idaho code, the governor can order the American flag to be lowered at half-staff for the death of a police officer, firefighter, paramedic or EMT in the line of duty. It does not prohibit Governors from requesting to fly the flag at half-staff for civilians.

RELATED: 'Out of a mountain of despair, a stone of hope' | MLK Memorial brings famous speech to life

Going to that ever-first rally took courage and resilience for the activists since there was a very real threat of speaking out for civil rights and honoring MLK at the steps of the Idaho State Capitol Building.

"Folks were mad but mostly they were hurt, they were frightened, the old folks cautioned us about gathering on the steps of the capitol," she said. "Because black people in this town were afraid they would lose their jobs if they were seen here. That we stood on the steps and we sang and we did our thing and we were worried about the aftermath of it."

1 / 17
Paul Boehlke/KTVB
A march and rally was held in Boise Monday to celebrate and honor the life of Martin Luther King Jr.

That first march in 1968 brought people from all creeds and beliefs to the Capitol Building to honor MLK.

"There were people from all over the community, all over the valley that came it was not all black folks," Buckner-Webb said. "Well, it was probably more white folks than black folks but we had people of faith we had people of every stripe, Jewish, white, black that stood together to acknowledge the greatness of Dr. Martin Luther King and the significance of his having being and fought for all of us."

"It's really funny that sometimes our memories are short and that if one person is victimized if one person is left out of the circle," she continued. "It's a detriment to all of us, we can't get happy and say, 'Okay, we got Martin Luther King Day, we're done that's not enough, and demand rights for all humanity.'"

The activism Sen. Buckner-Webb learned from her mother, Dorothy, she passed onto her children. One of her two sons, Phillip Thompson, is the board president of Idaho's Black History Museum.

"[Dorothy] was your run of the mill hell-raiser, that's just her natural disposition and that is what she instilled in her kids, my mother, myself, she and I were joined at the hip, that was her thing," Thompson said.

On Monday, Thompson took his eight-year-old daughter Zaida to a march on MLK Day for the very first time.

"She is kind of saturated with like the whole struggle, the fight, she knows her Grandmother led the first fight, her great grandmother helped pass legislation for civil rights in Idaho. She knows what I do."

Thompson hopes that Monday will be the start of a passion for passing down history, one that she can someday pass on to her children.

"We're not here to tell them how it has to be done, simply expressing the need that it be done and do it whichever way you can do so," Thompson said. "So for me to bring my child and do the same, that's a little sappy moment, pretty cool, a tearjerker, but I dig it."

On this day, Thompson shares not just the words of Dr. King, but a call to action for future generations.