Rep. Heather Scott called on a substitute teacher to illustrate critical race theory "creeping through our schools," and pointed to the classic book as evidence. 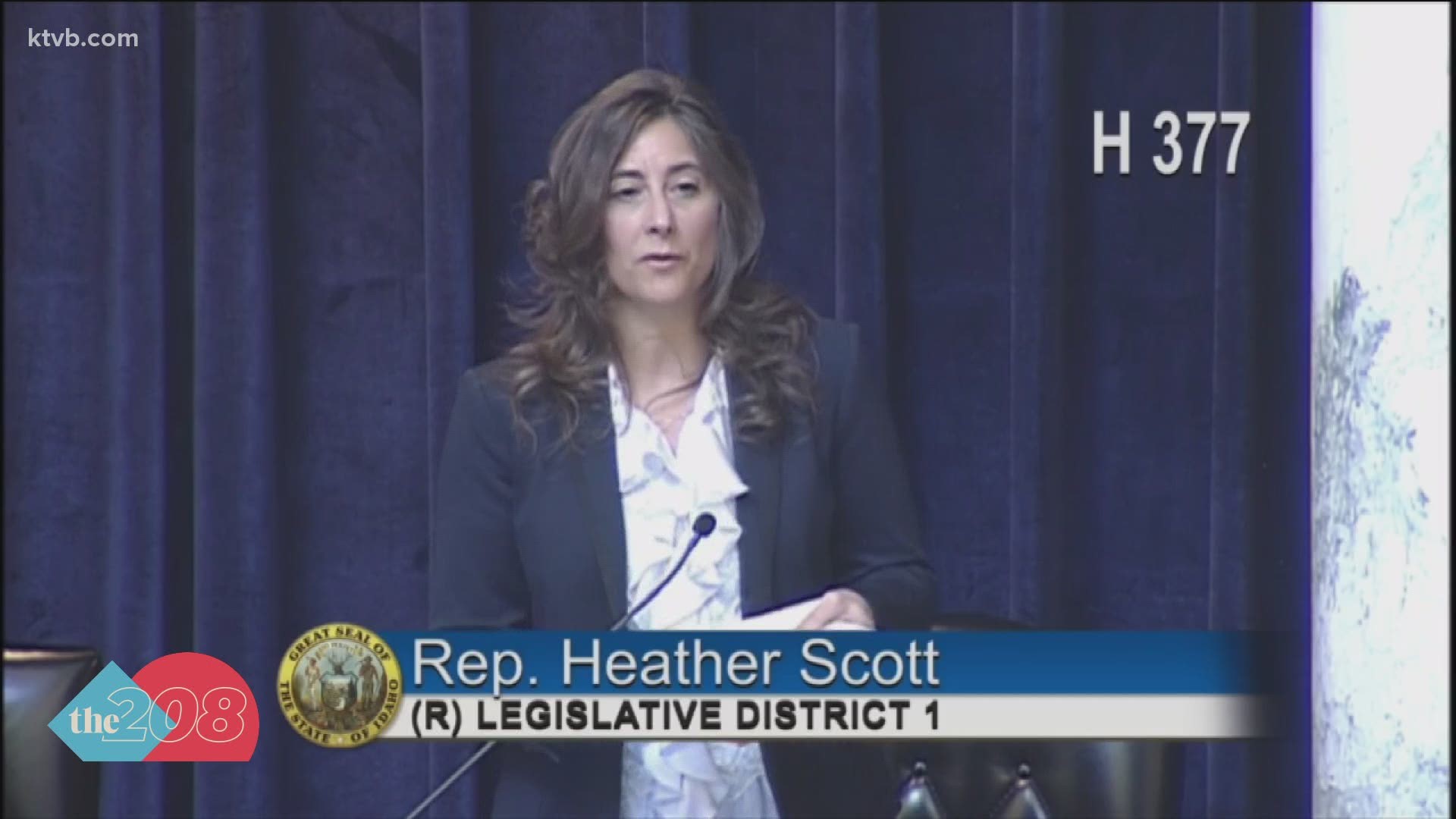 BOISE, Idaho — Idaho lawmakers' attack on the nebulous and nefarious critical race theory that is supposedly indoctrinating children in the Gem State reached new levels on the Legislature's 102nd day in session.

"I have lived in a lot of places around the world, and America is still the least racist place that I have ever been," Rep. Ben Adams, R-Nampa, said on the House floor during debate over House Bill 377.

HB 377 would add another layer of control over what is being taught in Gem State schools as education and fiscal policy funneled through the language like "dignity and non-discrimination in public" schools. It would ban any subjects that suggest any sex, race, ethnicity, religion, color, or national origin should be treated differently or favorably or blamed for actions committed by members of those groups in the past.

Rep. Heather Scott, R-Blanchard, said critical race theory has been "creeping through our schools forever." To prove it, she shared an example from a Boise-area substitute teacher that she heard from.

"'To Kill a Mockingbird.' [The substitute teacher] said the message is made clear: white people are bad, black people are innocent victims, and the students were encouraged to believe that there was an endless era of black victimization. That's being taught down here," Scott said.

The third-term Republican cited the book about a Black man being put on trial in Jim Crow-era Alabama after being falsely accused of rape by a white woman as evidence of critical race theory in schools.

She also lambasted school readings written by authors who "are non-white race."

"And the English class, [the substitute teacher] said it is more riddled with authors, like our founding historical fiction books and the books that kind of talk about the founding of this country, she said it's been riddled with writings from third-world experiences by authors that are completely unheard of, but they are non-white race," Scott said. "So any non-white author is basically being given priority over the historical readings."

Scott's comments were quickly objected to by Rep. Sally Toone, D-Gooding, who stated that the substitute's story is second-hand information since they're likely not privy to lesson plans.

Rep. John McCrostie, D-Garden City, who is an actual teacher, asked fellow lawmakers when they thought teachers were explaining and teaching critical race theory over the past two years.

"You've already heard me share with you this session that there just has not been time for our teachers to indoctrinate students on critical race theory because they have been trying and working their tails off to take what they know how to teach and convert it into a hybrid, a virtual, even in-person learning due to COVID," the fourth-term representative said.

House Bill 377 passed the House on party lines and will now head to the Senate.

While lawmakers argue over critical race theory this session, the term itself was coined more than three decades ago.

According to the American Bar Association, critical race theory critiques how the social construction of race and institutionalized racism perpetuate a racial caste system that relegates people of color to the bottom tiers. It also recognizes that race intersects with other identities, including sexuality, gender identity, and others.

It acknowledges that the legacy of slavery, segregation, and the imposition of second-class citizenship on Black Americans and other people of color continue to permeate the social fabric of this nation.