'It really was a firestorm': How Idaho's 'Big Burn' fire of 1910 shaped the way wildfires are fought today

110 years after the biggest fire in North American history, lessons learned from the Big Burn are still being used today. 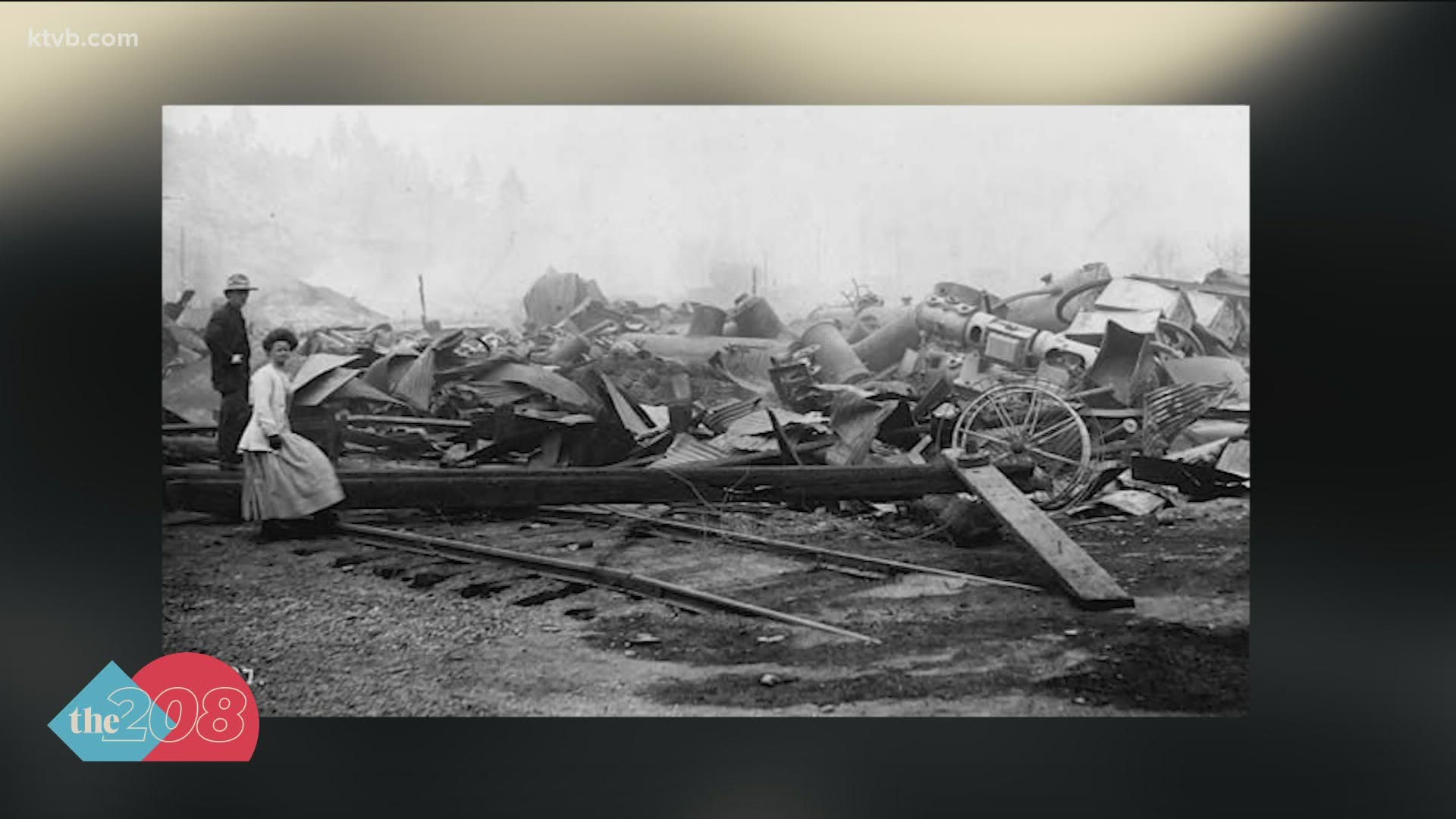 WALLACE, Idaho — Every summer, wildfires burn millions of acres across the country. It is something we have come to live with here in Southern Idaho and across the west.

The biggest fire in recent memory came in 2007. The Murphy Complex Fire burned over 653,000 acres of land between Idaho and Nevada, but it was nothing compared to the north Idaho fire that burned nearly 100 years before.

In 1910, the "Big Burn," or as some historians call it, the "Big Blow-Up," burned more than 3 million acres in northern Idaho and western Montana.

"It was one of the biggest fires that the nation had ever seen," said Sarah Phillips, the curator of content for the Idaho State Museum in Boise. "[It] consumed the Clearwater and Nez Perce national forests."

For months leading up to the Big Burn, fires had been burning across the northwest as an unseasonably dry spring created ripe conditions for wildfires.

On August 20, 1910, hurricane-force winds caused hundreds of small fires to combine into one massive fire.

"The pine sap inside would get so hot that trees would explode, fireballs moving across little canyons," Phillips said. "Those natural breaks, like rivers and lakes, didn't stop that fire. It really was a firestorm."

For two days and nights, hundreds of thousands of acres burned between northern Idaho and western Montana, taking with it the lives of 86 people, a majority of whom were firefighters.

According to the U.S. Forest Service, daylight turned to night around four o'clock in the afternoon "as far north as Saskatoon, Canada, as far south as Denver, and as far east as Watertown, New York."

"Having a fire that big burning that much land was truly an event that the nation hadn't seen or understood up until that point," Phillips said. "The entire east end of Wallace, Idaho was completely devastated.

"Having homes destroyed, having the industries that really were sustaining those towns, almost completely wiped out was a huge impact, not just to that part of the state but to the region," she added.

It also had a lasting impact nationally. The Big Burn was the catalyst for creating the Forest Service agency, who were then able to advocate for things like better access to forestry roads, manned fire lookouts, and smokejumpers.

"This fire that happened 110 years ago is still having an impact on the way that fires are fought today," Phillips said. "Because of it, we really have a greater understanding of the nature of fires, fire policy, and philosophy kind of went from, let it burn to immediate suppression to management."

If you're interested in learning more, the Idaho State Museum in Boise has an entire interactive exhibit dedicated to the history of 'the Big Burn.'