100 years ago, women across the nation earned the right to vote. However, one Idaho senator delayed the victory by misleading suffrage advocates. 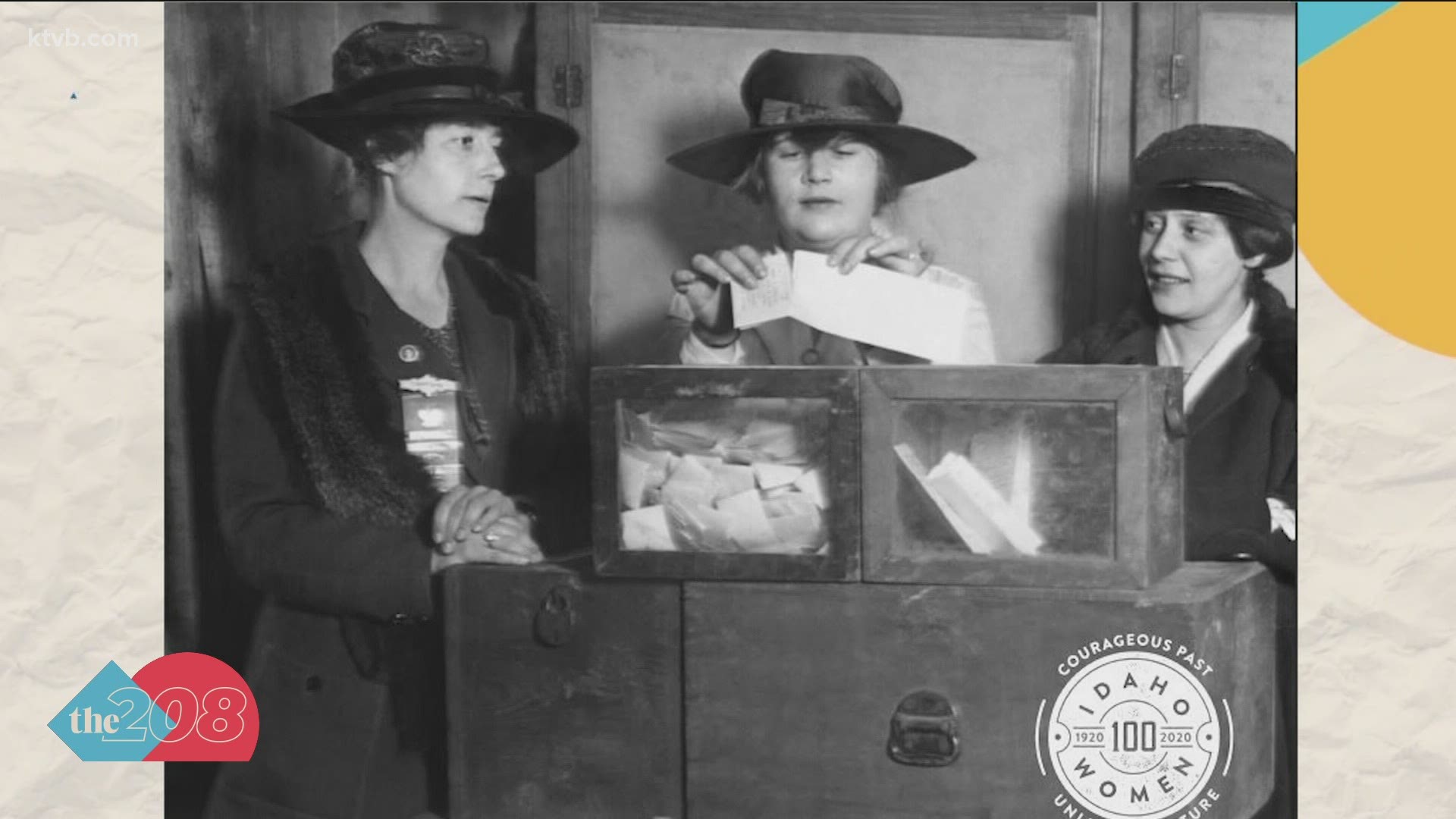 BOISE, Idaho — 100 years ago on August 18, 1920, the 19th Amendment was added to the United States Constitution, which granted most American women the right to vote.

During an event marking the centennial anniversary of the 19th Amendment, President Trump said he would pardon Susan B. Anthony, posthumously

Anthony was a women's suffragist who was arrested in 1872 for attempting to vote in the presidential election. She was ordered to pay a $100 fine and court costs, which would total about $2,100 today.

Long before 1920, when local newspapers celebrated the ratification of the 19th Amendment with headlines and articles, Idaho women worked valiantly to ensure a woman's right to vote.

As a state, Idaho extended suffrage to women in 1896, becoming the fourth state in the nation to grant most women in Idaho with the right to vote.

Idaho Senator William Borah supported the women's suffrage movement in Idaho, but opposed a national suffrage amendment, insisting it was an issue best left to the states.

"I would rather give up the office than to cast a vote I do not believe in," Borah wrote.

In response to Borah's position, Carrie Chapman Catt, the president of the National American Woman Suffrage Association, coordinated a campaign against his reelection bid.

Petitions from Idaho constituents poured into Borah's office and Republican Party leaders began to worry that Borah's position would damage party prospects. Even former president Teddy Roosevelt wrote a personal note to Borah, encouraging him to reconsider his position.

For the first time, the typically self-confident Borah had reason to worry about potential defeat, according to the US Senate archives.

In desperation, Borah met with suffragist Alice Paul, a suffragist that was desperate to receive two more votes in order for the 19th Amendments to pass in the Senate. Borah led Paul to believe that he would vote for the suffrage amendment.

But on February 10, 1919, Borah betrayed Paul and other Idaho suffragists and voted no. The suffrage amendment fell one vote short of the required two-thirds majority. The battle was lost, but the war continued.

By June 1919, suffragists had the votes they needed to pass the 19th Amendment. Now, it would go to the states for ratification.

Illinois, Wisconsin and Michigan quickly approved the National Suffrage Amendment, and other states steadily followed. On August 18, 1920, Tennessee became the 36th state to approve and the Nineteenth Amendment to the Constitution was ratified.

The woman suffrage amendment had taken decades of hard work and sacrifice on the part of suffragists across the nation and here in Idaho. Because of their efforts, women voted in national elections for the first time in the fall of 1920.