The initiative takes on Senate Bill 1110, which would increase the signature threshold required to qualify a citizens ballot initiative. 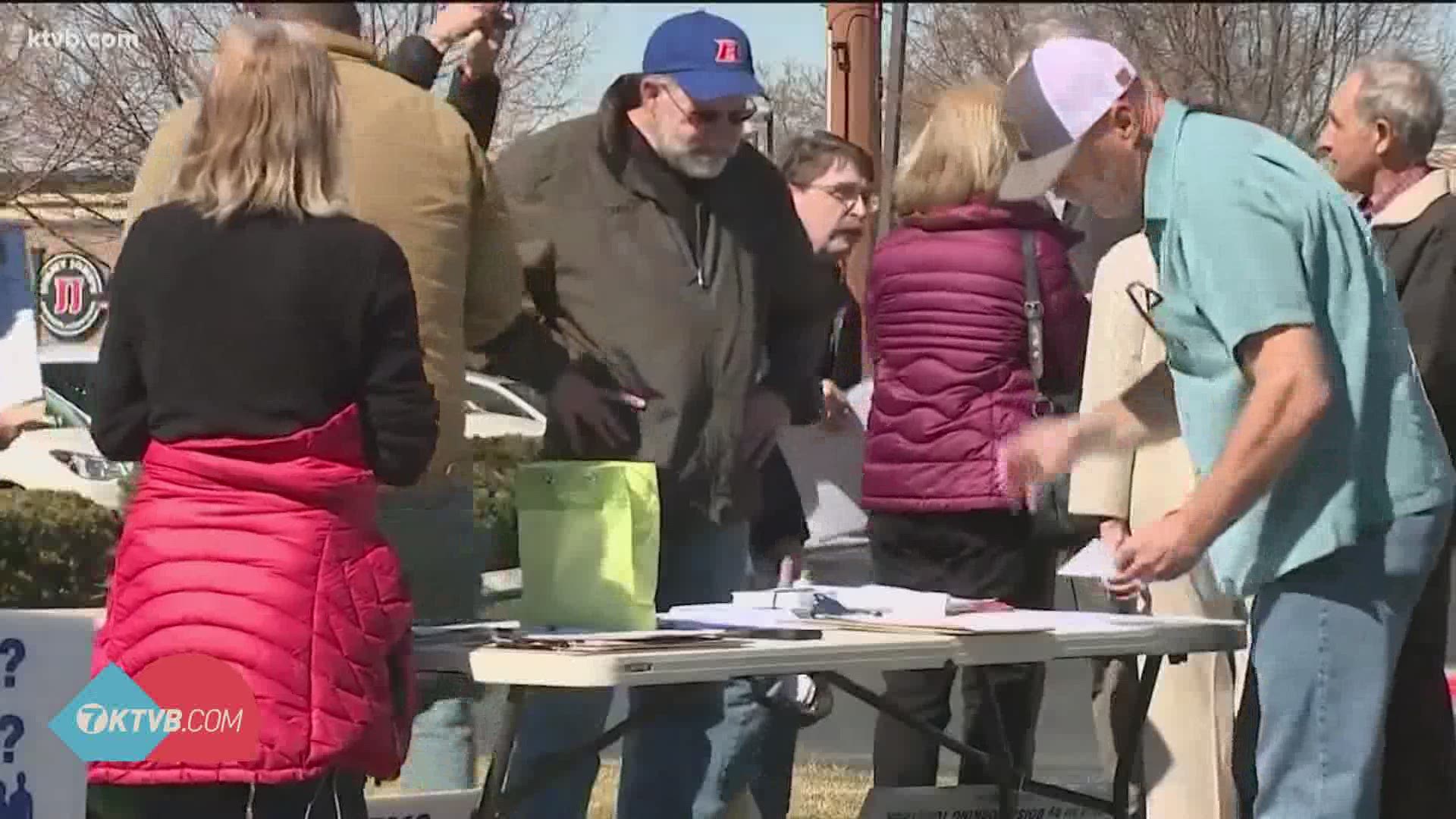 BOISE, Idaho — Under current Idaho law, citizens can get a voter initiative on the ballot if they get signatures from 6% of eligible voters statewide. As a part of that total, campaigns need signatures from 6% of voters in 18 of Idaho’s 35 legislative districts. Senate Bill 1110, which passed both legislative chambers and is waiting for action by the governor, would change that second requirement to getting 6% of voters in all 35 districts, not just 18.

For weeks critics of SB 1110 have worked to push against the legislation, saying it is far too restrictive and essentially takes away voter initiative rights.

“We want to make sure that the people of Idaho have a chance to protect their initiative rights,” said Luke Mayville, co-founder of Reclaim Idaho. “We are profoundly disappointed, we know that the overwhelming majority of the population is against this bill.”

Mayville has an extensive background with ballot initiatives through his work with Reclaim Idaho, a grassroots organization that gathered thousands of signatures across Idaho to get Medicaid expansion on the ballot back in 2018. He says from his experience, the current rules are already tough enough, under rules that have been in place for the last eight years, 15 initiatives have been proposed, and only two have made it on the ballot.

“In Idaho, we are one of the hardest states to get an initiative on the ballot. For all of our history, there have hardly been any initiatives that actually qualified,” Mayville said.

Critics say the legislation to change the rules amounts to voter suppression by trying to silence the will of the people. So, Mayville is leading an effort to oppose SB 1110 with a voter initiative for the 2022 ballot that would undo its action if Gov. Little signs it into law.

“We have filed the Initiative Rights Act. This is a ballot initiative that would restore the citizen initiative process to the traditional rules, the old rules. They were in place for most of our history. Those rules were still difficult, but they gave Idahoans an opportunity to put initiatives on the ballot,” Mayville said.

The initiative would allow petitions that collect signatures from 6% of Idaho’s registered voters on the ballot, no signature per district threshold would exist at all. Mayville says they are already seeing strong support. On Thursday, Jim Jones, retired Chief Justice of the Idaho Supreme Court, delivered over 16,000 signatures collected by Reclaim Idaho to the governor’s office asking Gov. Little to veto SB 1110.

“If the governor is not willing to veto, if the courts don’t decide to protect our citizen initiative rights, we think it is very important that the people of Idaho have a chance to protect their own rights,” Mayville said.

Mayville says recent research shows Idahoans would likely be on board to vote for their initiative.

Mayville says the successful 2018 Medicaid campaign is a clear indicator of how important citizen ballot initiative rights are.

“The people of Idaho stepped up and addressed that crisis through their initiative process," he said. "We can’t help but think, what future crisis will there be in this state that the Legislature will not address. The initiative process is there for very good reasons. Sometimes the Legislature is out of touch with the people and the people need recourse to this special process to make their own laws though the initiative.”