Both House Democrats and Republicans criticized the bill since it would make some of them and their friends and family felons under the new law. 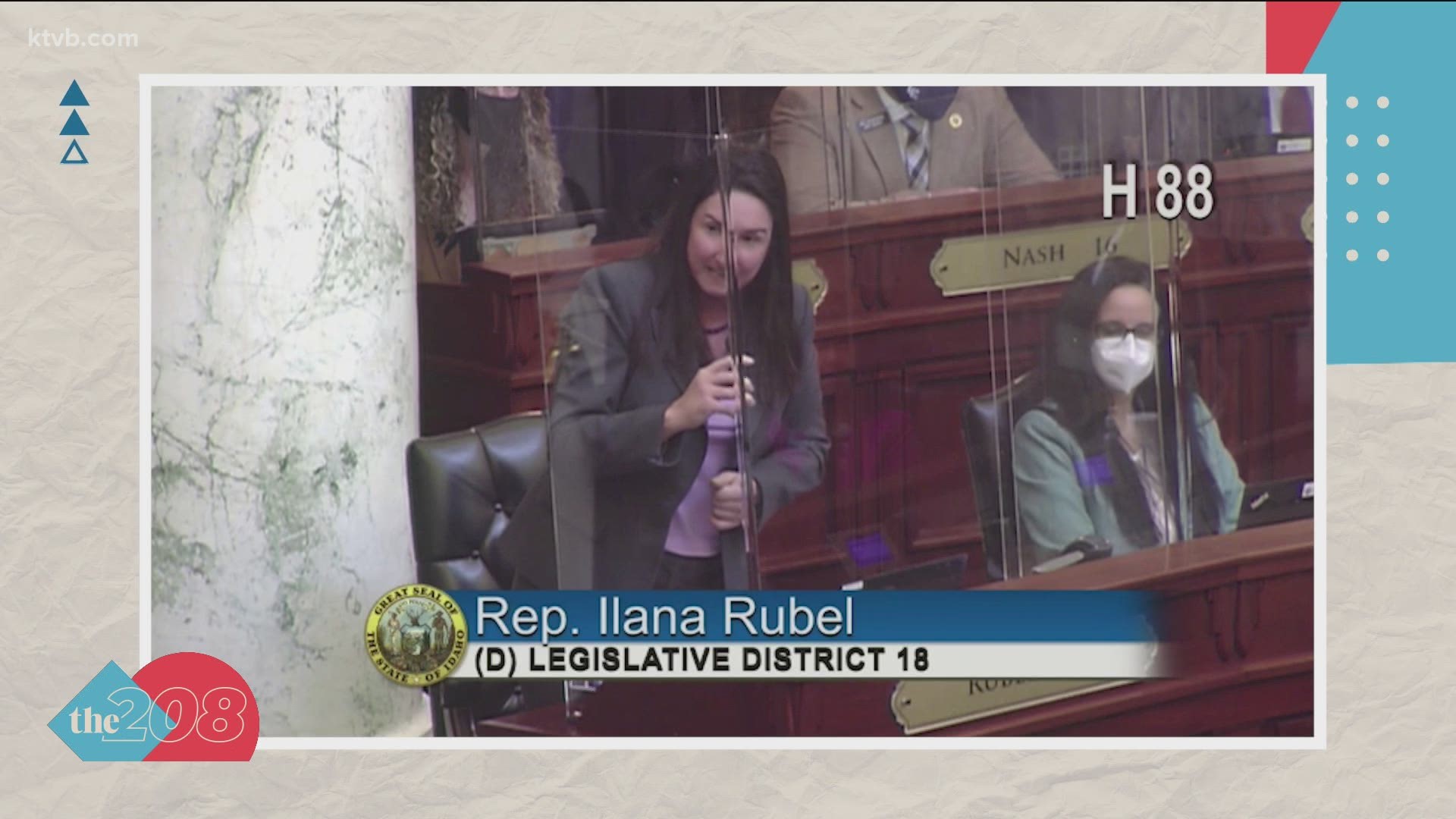 This story was originally published in the Idaho Press.

Declaring that “voting shouldn’t be easy,” House Majority Leader Mike Moyle, R-Star, abruptly sidetracked his anti-“ballot harvesting” bill on the House floor Thursday as representatives appeared about to kill it.

Moyle’s bill, HB 88, would have made it a felony to "collect or convey" other people’s ballots. A family member could possess up to two, but having three would be a felony. He argued that abuses in other states warranted the new law, citing things he’d seen on Facebook or heard from others.

“I had a constituent call and talk to me about something that he had heard about, and this is a story, I can’t prove it, but they had a party, all the food and booze you could drink. Price of admittance? One signed, unvoted ballot," Moyle told the House. "That really concerns me, really, really concerns me.” He also recounted how a neighbor newly arrived from the state of Washington told him “in his state he used to get paid to collect ballots. A Democrat ballot was worth 20 bucks. Republican ballots were only worth $5.”

“You’re going to hear people say this is a victimless crime. Bull manure,” Moyle told the House. “We are trying to prevent with this bill Idaho going down the road that other states have gone down. Do we have a problem today? Maybe not. But let’s fix it before we do.”

House Minority Leader Ilana Rubel, D-Boise, said it’s already a felony in Idaho to fill out someone else’s ballot for them, or to tamper with anyone’s ballot. “What this would do is criminalize delivering somebody’s ballot at their request,” she said. “Their ballot is their property. … And if they want to ask a trusted friend or neighbor to drop it off for them, that should be their freedom and their right.”

Rep. Tammy Nichols, R-Middleton, said she’s collected and delivered ballots as a service to her constituents. “I even made a video to let all my constituents know,” she said. “I was glad to do that as a service I could provide in my district.”

House Majority Caucus Chair Megan Blanksma, R-Hammett, said she has two adult children living at home, and her closest polling place is 20 miles away. “We chose to get mail-in ballots,” she said. “We piled the ballots together and I sent my kid into town to drop them in the dropbox. … So with this legislation, my daughter’s a felon, a 20-year-old kid is a felon.”

Rep. Heather Scott, R-Blanchard, said, “I know someone who lives 13 miles from a mailbox. So if they take their husband’s and their adult children’s who live with them down to the mailbox, for 13 miles down the road they will be felons.”

Rep. Greg Chaney, R-Caldwell, said the same would be true of his legal assistant if he dropped his ballot in the mail at work, and she delivered it along with other mail to the post office.

Others said the bill would punish large families, something that's common in Idaho.

Only Rep. Brent Crane, R-Nampa, joined Moyle in speaking in favor of the bill. “There are individuals that try to manipulate that process for their ultimate gain,” Crane said. “Those individuals ought to be punished to the fullest extent of the law.”

Moyle, in his closing debate, said, “So you have to make two trips to the post office. I understand that concern, but you know what, voting shouldn’t be easy.”

“There’s a lot of you that are going to vote ‘no’ on this over two people as a family member,” Moyle said. “I don’t want us to kill a good bill because we’re worried about two family members versus three or four or whatever that number will be.”

He then asked for and received unanimous consent to send HB 88 to the House's amending order rather than proceed to a vote on it, and the House adjourned for the day.

Moyle was unfazed afterward. “I’ll just fix the number of ballots they can have and we’ll send it back out,” he said.

Rubel said, “I don’t think that’ll solve the problem, because not everybody has a family member that can drop their ballot off for them.”

“I disagree with his statement that voting shouldn’t be easy,” she said. “I don’t think it should be the role of the Legislature to throw up arbitrary obstacles in the path of voters.”